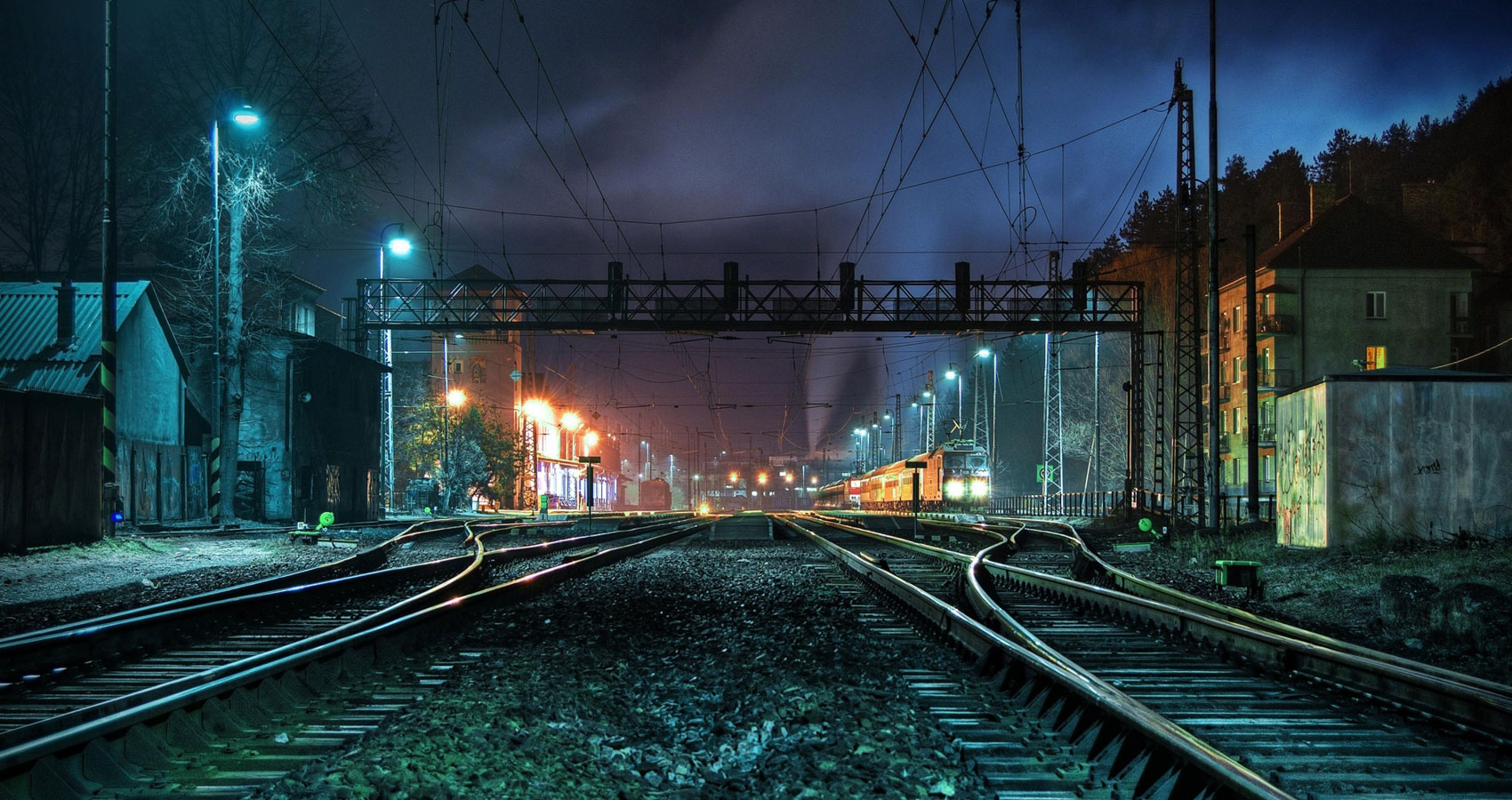 Night In The Train Station

Night in the Train Station

After scanning the floor, a lucky break:
There’s a bench with an open seat I can take.
Forty-two minutes, my train will arrive,
I sip my coffee: stay awake, stay alive.

Two nearby hobos fight loudly and curse,
“But,” I think to myself, “It could always be worse.”
And when I get up, I confirm what I think:
In the men’s room a man cleans his socks in the sink

I glance at the clock, must be soon, I believe,
But thirty more minutes until my reprieve.
The piped in music’s rhythm competes
As a crackhead’s rhythmic mantra repeats.

A brief pause in this concert: a policeman walks by.
And for a moment I let out a sigh.
My new benchmate smells of many foul things,
And a few feet behind me a raspy voice sings.

Nine minutes remain in this unwanted storm
So I start to meander towards the platform
When suddenly I hear the loudspeaker say
“Just hold on there, fella, there’s been a delay.”

The passengers turn at this new renege
Avoiding eye contact like it was the plague.
I close my eyes tightly; fall back in my seat,
A Sisyphean encore, the show will repeat.

NOTE FROM THE AUTHOR:
If this seems to have a similar rhythmic feel to Clement C. Moore’s “A Visit From Saint Nicholas,” that is intentional. This poem was inspired by an actual evening in a city train station during the Christmas Season. The waiting area was decorated with seasonal displays, which, at rush hour, may have cheered people up as they passed. But when I was there at almost midnight, the station was no different than it would have been any other evening.

In real life, I work in Marketing. When not at work, I am a part time musician, and I perform with an improvisational comedy troupe.
The poetry here comes from those few moments left when I can sit in silence and reflect.