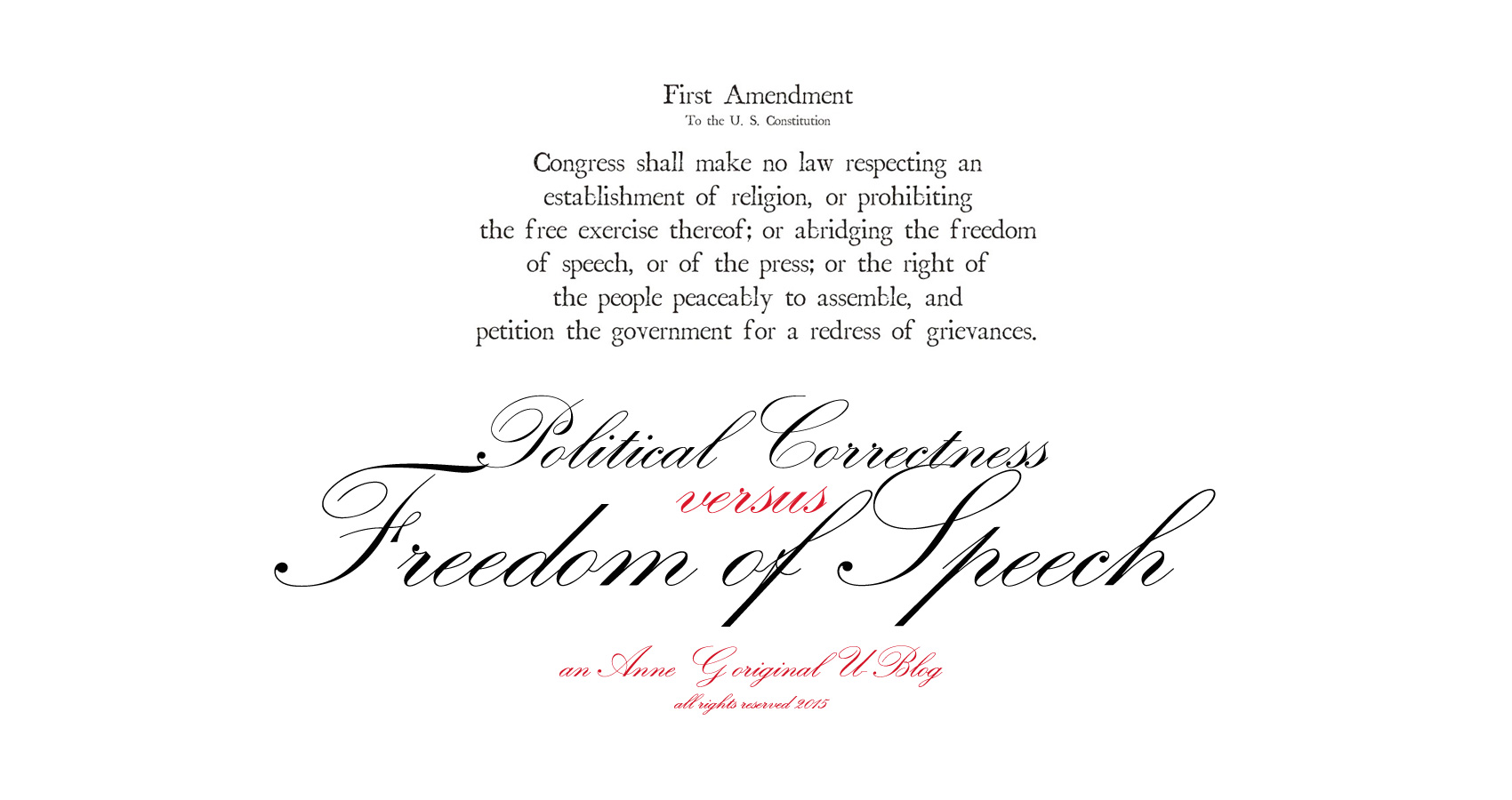 Political Correctness Versus Freedom Of Speech

Political Correctness Versus Freedom Of Speech

Donald Trump or The Donald, as he affectionately referred to, is in “hot water” or so the pundits say. Why? His brash, outspoken and uninhibited manner; the way in which he espouses his thoughts and ideas have gotten him there. After all, he is “The Donald”.

Then there is John McCain, soft spoken and vastly more measured in his speech. At times he appears somewhat inhibited by political correctness and is seemingly cautious about creating a fall-out that could perhaps negatively affect his career, “The Party” and his political reputation. He gives the impression that he is fearful of “rocking the boat”.

The question before us is: Why should either hesitate to say what they mean and mean what they say? The answer, political correctness.

Is political correctness infringing upon our 1st Amendment Rights? Freedom of Speech is what makes our country the envy of the world at large. Why would we change what had made us the greatest democracy on earth?

Political correctness has less to do with civility, compassion and respect for our fellow man and more to do with control. Control of what we as free thinking people; people of free will think and say.

Why is it that the media is given license to express their “Freedom of Speech” with abandon yet they inhibit the rights of others to that same through incessant “sound bites” of character assassination, filtered and biased information and incorrect assessments.

Why are the few allowed that which the many are not? After all, this is and remains the United States of America and Freedom of Speech is everyone’s right.