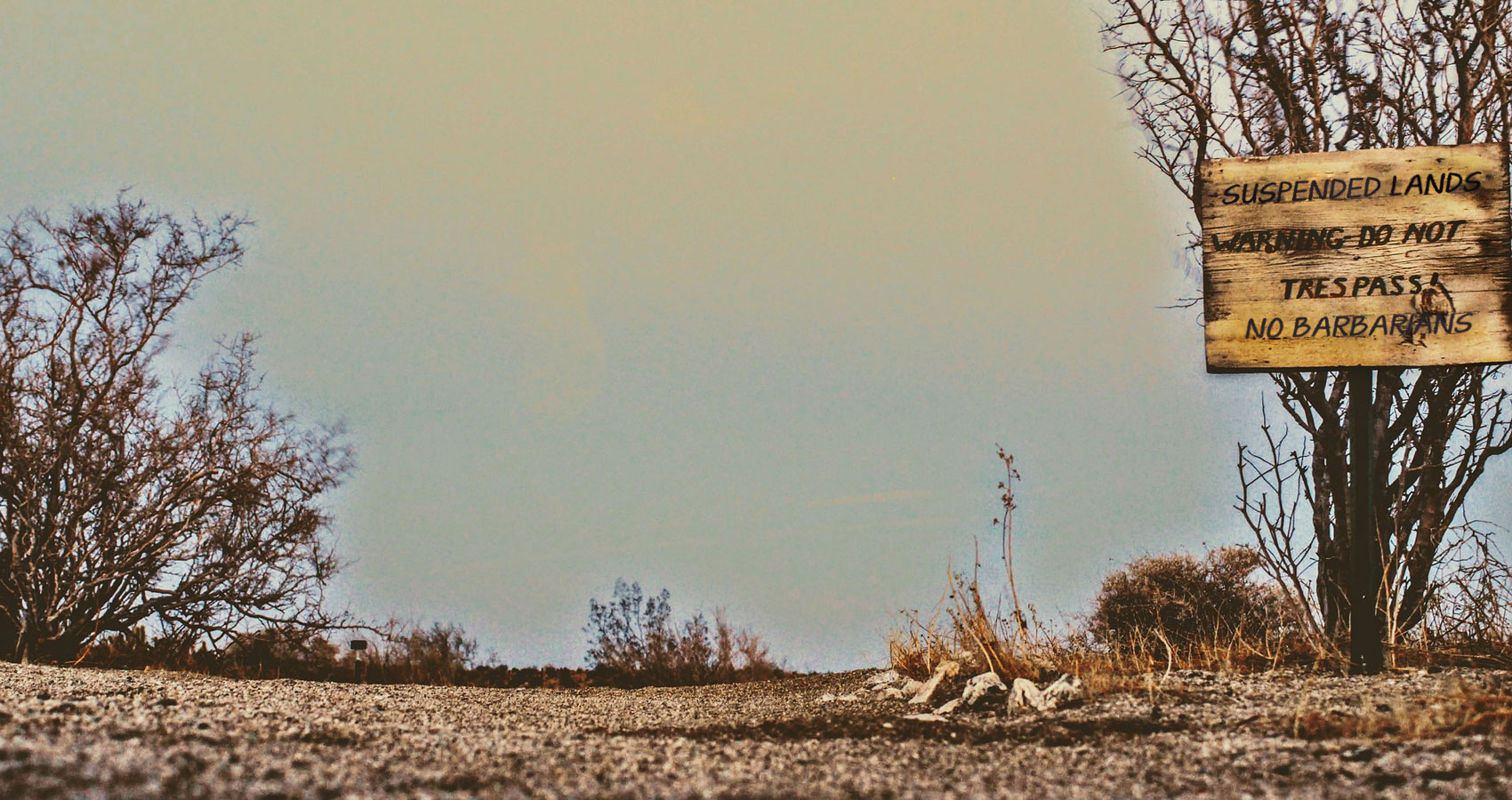 As so few now live in such a state of irreparable suspension and those worthy few live only in those remote parts of the earth inaccessible to homo sapiens, I shall endeavour, as has been the request of many who do not understand its subtleties, to clarify it.

To live vicariously is not a life at all; rather it is a suspension between supposed lives which, (according to outsiders) do not even exist at all, but are rather figments or membranes which merely serve as protective materials for the body while allowing (from an insider’s standpoint) toxic but necessary fluids and gasses to enter and exit the body. This suspension most typically, though not always, is facilitated by an unconscious fastening of the hands behind the back and of the feet at a length of two feet one from the other, to prevent the sometimes disillusioned worthy so endowed from endangering himself by any attempt to break through the membrane. To avoid damage to heart and lungs, a cloth, always and without fail wetted and dampened by the vigorous application of a fluid known to sapiens as di-hydrogen oxide, is placed over the nose and mouth. In this way, the wearer may avoid unwelcome, (but infrequent) invasions of hostile outside gasses, the most dangerous of which is called commonly by barbarians “air”. The full health benefits of such vicarious existence are experienced only and always by the application of a blindfold to the eyes, to minimise communication with any homo sapien who may happen upon his dwelling.

And now, a word on the habits and affectations of this life. The habits of an individual in suspension are rather droll to the eyes of an outsider, for many of the bodily functions which these outsiders view as necessary (such as the use of the various appendages and orifices) are not viewed as necessary by one who is vicarious.

Eating vicariously is a diversion which occupies a considerable amount of time among suspended beings, but the chief diversion of vicarious beings is found in speculating on the condition and probable shift of the barbaric world (of which they happily know nothing, and are therefore quite educated). Their chief delight in this diversion is in predicting dire and terrible happenings in the barbaric world which invariably never occur and are therefore more likely to do so. They discuss it (vicariously of course) by imagining other people (by that they mean the barbarians who live beyond) discussing it, and doing it. By discussing, of course, I, unfortunately, insinuate a meeting of some sort. Suffer me to explain.

It is proper and healthy for those in suspension never to initiate or engage in contact with the barbaric world beyond, and slightly (only slightly) less unhealthy to initiate contact with other vicarious beings. Ipso facto, the unions of suspended beings only occur by an unfortunate collision and union of two membranes, (in turn caused by the vicarious operation of the two lower appendages to move in some direction) and are sustained (very unfortunately) by the peculiar bent of such united membranes to cause the vicarious beings within to reproduce. This raises the inconvenience of living vicariously en masse, which is not at all pleasant. All the vicarious operations of the various vicarious sciences, when experimented upon vicariously, have inhibited, but not entirely eradicated, this inconvenient reproduction.

Vicarious sleeping is quite a matter, indeed. For one to sleep vicariously one must imagine others doing it but must remain (naturally) vicariously awake to imagine. There are very few who have mastered the complete art of incapacitating all remaining bodily functions for indefinite periods of time. There are, of course, some poor unfortunates who imagine that they have actually slept, but they are encouraged to meld together by themselves and they dream their own. Those who are less silly and not inconvenienced by illusions must, however, overcome the terror of being prone to actually experiencing sleep. In fact, it almost aids them, for in fearing sleep they avoid it, and so pass on successfully in their vicarious existence. It is an entirely happy experience, a sleepless night; each moment filled with new opportunities to review in detail the experiences of the vicarious existence of the day, and of the day previous. The less enlightened ones sometimes attempt to experience vicariously the experiences of the barbarians, but they inevitably fail and become more afraid than is quite healthy. Those who are quite themselves want not for anything, simply because they never require anything, which is simply because they are blissfully inactive and fully suspended; they are proudly “beholden to nobody.”

A word on the treatment of “border hoppers”. There are some admittedly deranged beings who attempt (sometimes with scandalous repetition) to exit the protective membrane which surrounds them and taste of the barbarian world beyond. Some of them even bring back with them to the Suspended Lands barbarians to whom they have become joined, and in some cases with whom they have reproduced their kind (how this is possible without the aid of the protective membrane is unknown to the vicarious operation of the vicarious sciences). However, fortunately, when these barbarians are suspended in union with the “border hopper” who have returned, they invariably (happily for the vicarious practice of medicine) wither and become vacuous. They normally first experience vicarious discomfort at the necessary confinement of the appendages, deeming it “lamentable” or “unnatural”. However, they soon become remotely accustomed to the protective measures of vicarious living, until they are given the protection of the breathing-cloth. Without fail, within a matter of what the barbarians term “minutes”, the outsiders become purple at the face and begin to convulse violently, which in turn without fail yields them permanently incapacitated and unable to participate in vicarious existence, or (though it has yet to be proven) any existence at all. This happy event usually results in the happy resignation of the border-hopper to the measures placed for his protection, and he becomes vicariously happy and vicariously comfortable. And that is the form of vicarious existence- to be vicariously comfortable. For when one is uncomfortable one is usually “curious” (according to outsiders) or “adventurous” (a word reserved for use strictly in a profane manner among those who are vicariously polite or vicariously civilised) and when one is either “curious” or ad**nt*r**s, one is dangerously (in a vicarious fashion) close to vicarious peril.

Good day! I am Noah Smith and I am a student pursuing a career in English Literature. My life is planned around readings of C.S. Lewis and Charles Williams.