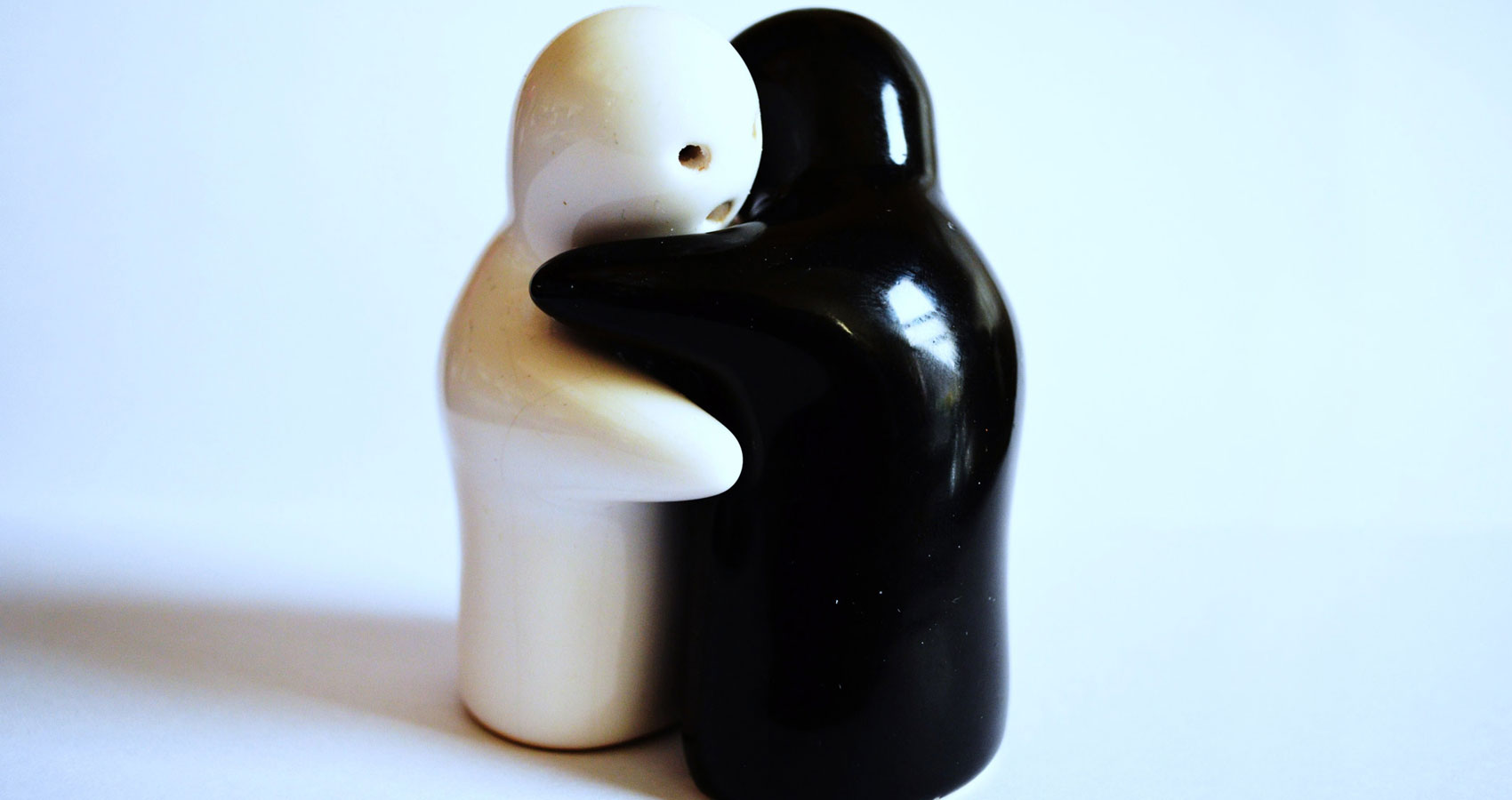 They surely make a lovely pair
the dark and the fair
so stark in contrast
yet they sing together
like the contralto and the soprano
their tessitura and timbre
so very different
yet in their juxtapositions
they resound and resonate.

Before the pages
of the history
that we inherit
turn sepia and brittle
new pages are added
out of which
most continue to be grey
while the rest paint a chiaroscuro
of our story
that we wish to record
and we
hand it over to our progeny
who write their own narrative
again in shades of grey
and pass it on to theirs.

While we live on
we try to redeem
our black complicity
by our white excuses
and perhaps cover our
black deeds with white lies
even paint the dark night
with bright sunlight
and in due course
become mere footnotes
at the bottom of the page
in black and white.

As we calibrate our lives
with clocks and calendars
one fine day
the rainbow turns white
over night
and attenuate
into the cerulean sky
while the elusive cat
continues
to leave its black pug marks
on the white shroud
again and again
like the charcoal graffiti
appear on white washed walls
in repeated cycles
and the game goes on.