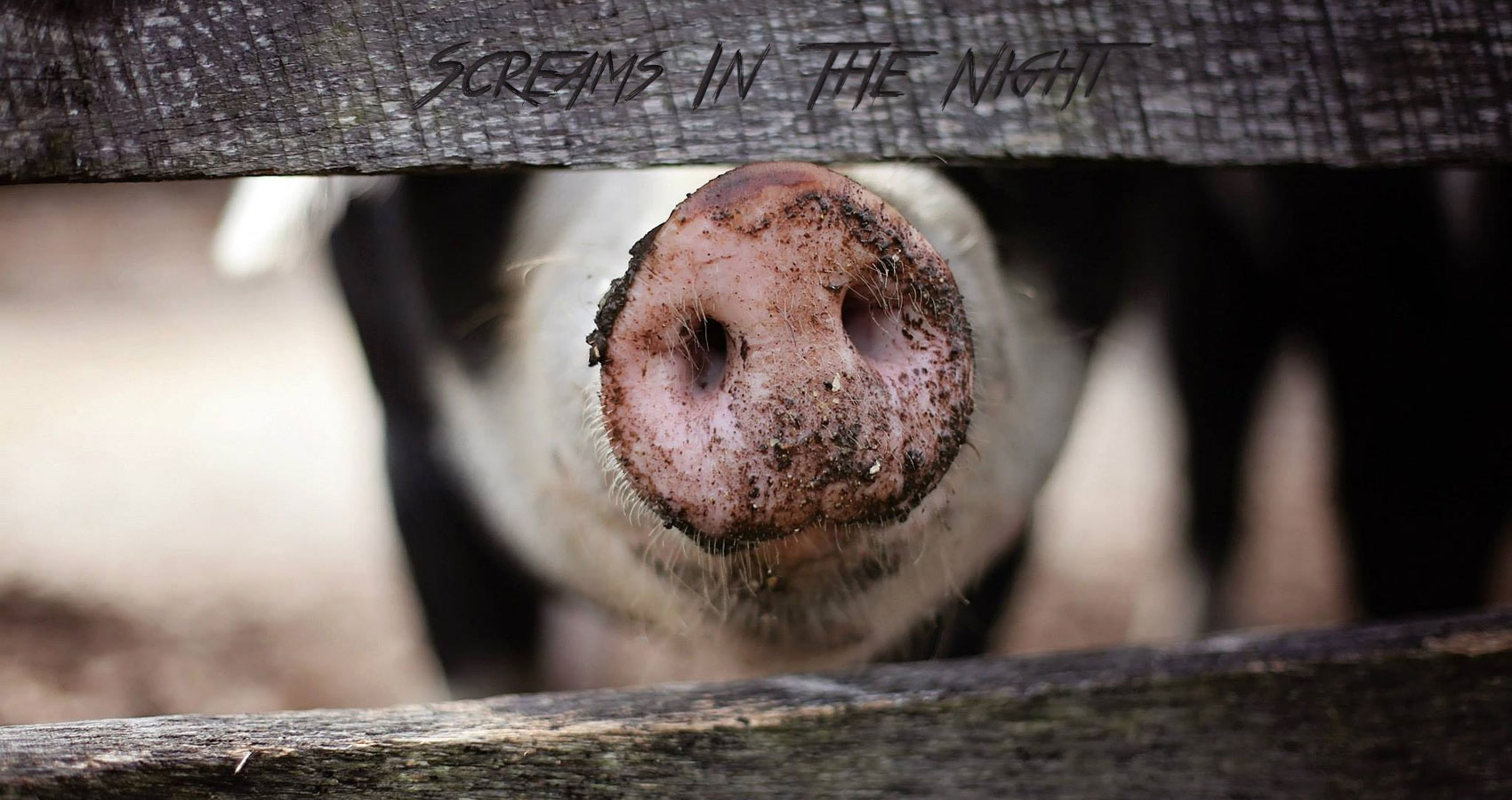 Screams In The Night

Screams In The Night

The sounds coming from the back of the house on Halloween night were frightening. Our large family had just gone to bed after a night of trick or treating. We were about to doze off when we heard a shrill, screaming noise. It sounded like a woman screaming and coughing. My sisters and I huddled together at the edge of our bed. My brothers in the next room, heard the screams as well and grabbed their flashlights to go check out the noise. My parents were up and worried. Dad yelled, “Be careful boys!” He put his overalls on and headed out the back door to see if he could help.
My brothers had several show pigs behind the house in a pen. It was a very cold and dark night. The noise was getting louder by the minute and getting worse. Herbert was my favorite pig of the whole bunch. He had won many prize ribbons at the local livestock show. We lived out in the country where the Bois’ D Arc trees were everywhere. Horse apples had fallen around the pig pen and my brothers tripped on the fruit. They didn’t know what was happening in the pig pen, until they shined their flashlights at Herbert and saw that he was very sick.
The next day Herbert had to be taken to the veterinarian and was given a shot to help with his respiratory congestion. The vet said he thought Herbert had a form of croup. We have never forgotten that Halloween night and how scary it was for a while. When Herbert got better we entered him into another livestock show. He won Grand Champion. We still have a picture of Herbert and his blue ribbon.