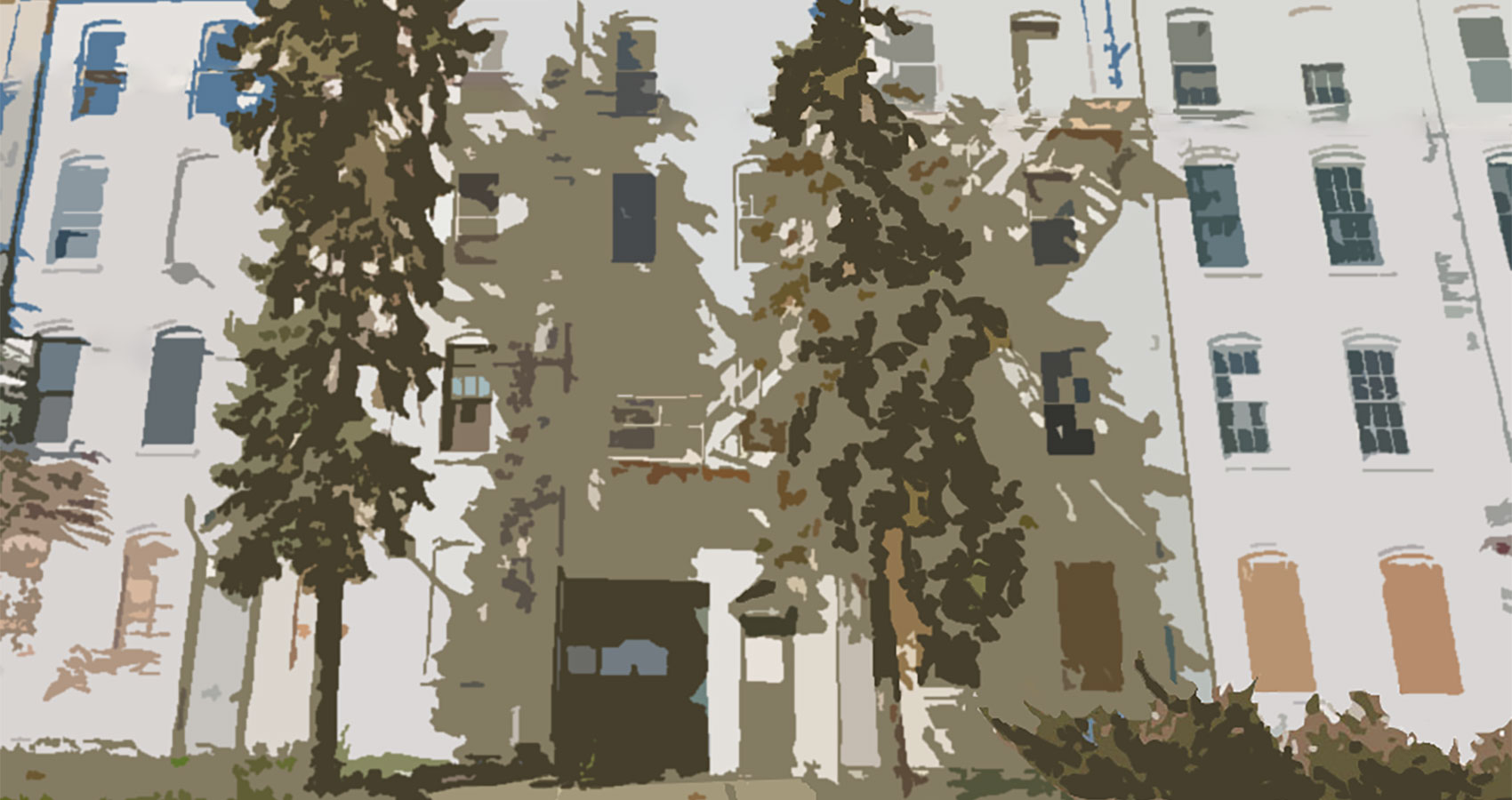 I sidestepped some fallen bricks on the sidewalk next to the old piano factory, casting its late-day shadow out to the curb of Michigan Street. I look up at its antiquated fire escape chained up and blooming rust and wondered if it was ever needed in the structure’s 120-year lifespan. Unkempt shrubbery and peeling paint have obscured the better days of this building for decades.

I then noticed a condemned sign on one of the side entrance doors with an October date for demolition, citing it as “slum and blight.” I felt a weird sense of concern knowing that another landmark from my past would soon disappear.

This block-long, four-story factory is the largest in this industrial neighborhood. The first manufacturing here was for an early automobile model known as the Elcar. That company had gone bankrupt during The Great Depression and it’s been used by various other manufacturers throughout the years.

I actually worked here in my mid-teens, and by then it was mostly a rental property, housing a few small shops and a piano maker in the east corner.

The owner at that time had revitalized the huge structure by painting it up with bright seafoam green that went the length of the front and side streets on its corner lot. The addition of then-popular dome awnings over its street entrances helped its modern appeal to attract potential renters.

The part I worked at was a used bookstore called The Bookworm. I certainly wasn’t a bookworm then, but the place was close and it afforded me a little pocket money to spend on salty snacks and Donkey Kong at an arcade nearby.

A middle-aged woman named Ms. Winger ran the bookstore that had a sort of exchange service. You could bring in used books that were in reasonably good shape and you’d get a discount credit toward some of her books. I unpacked and arranged boxes of paperbacks after school for a few hours a week. I used to love it up there on the fourth floor with its long expanse and tall narrow windows. They offered a great view of the teeming intersection below.

A flat cement floor along with flaking lead paint and ceiling asbestos combined to form a ghostly cloud with every shuffle of the boxes. I worked up there with a guy named Mike on many occasions without supervision. He would bring up his kick scooter and we would take turns riding it, gliding around so smooth and unimpeded, it was as thrilling as a cheap carnival ride with a couple of missing bolts.

Mike was a squirrely guy who would often talk about cool things like partying, going to concerts and, screwing babes at his high school. Why I believed his wild, suspect stories, I don’t know, probably because I’d wished for that kind of action in my life.

I had to smirk thinking he’s probably living a tame suburban existence now, replacing the weekend partying with working on his golf swing.

I really crushed on the blonde girl who ran the cash register, she was considerably older than me but smiled my way often enough to make me wonder if that mattered. She smoked a lot and was skinny as a rail, but I didn’t mind that, she had a certain look in her eyes that told me all I needed to know about her. She told me once how she had almost died in a car accident because her drunk ex-boyfriend lost a game of chicken with a box truck, forcing them into a ditch. She noted that was also how she chipped her front tooth.

I heard Ms. Winger scold her a couple of times for coming to work without a bra, but it’s not like she needed one…and, come to think of it, maybe her eyes weren’t her only means of attraction to me. For some reason, her name escapes me now.

They are all good memories and soon I’ll have to clutter more recesses of my mind to picture it without the visual aid of the building itself.

A lightning strike set the top floor on fire a few years back, and as a result, the roof on the west end had partially collapsed. So, I guess that is that. It’s a hazard and an eyesore and I understand those reasons. It’s not anything worth restoring, but just a minor place of my coming of age that made me smile and shake my head in remembrance when I’d drive by it. I can’t say that about many places, maybe the old Starlite drive-in theater, however that too was razed to make way for a new Wal-Mart store in the 90’s.

My teens were nothing short of an unguided mess without a mother from age 12, and an oft-absent father, so the better memories are that much more endearing. Do they seem sweeter in hindsight? Perhaps, because I’m not that careless teen anymore with a thousand hours of freedom at my disposal. It’s ironic that back then, I wanted nothing more than to be older, with visions of being a rock star. Well, at least one of those happened.

A sun-faded sign still marks an employee parking lot across the street that’s seemingly out of place in this widening gap-tooth row of factories on this end of town.

A somberness grew thinking that most of the younger crowd will never know the impact of these run down structures and empty fields around them to which they have no connection.

Like small communities we pass through on road trips that we’d see it in its current eroded state, questioning why the town even has that green sign marking it as such, not taking into account that it was a realized dream for the town founders. It’s a few old homes and that lone brick building that’s been a bank, a market and whatever else they needed. Closed, re-purposed, closed how many times over?

It’s depressing to think of all those great personal stories that have come and gone with the death of relation and disappearance of interest.

As I walk to the west corner of the factory, something small falls behind me on the sidewalk, making a noisy clack. Up through a broken window, I witness as a good portion of the roof crumbling inside. Dust plumes expel from the windows, spitting chunks of glass and debris with it. Bits are raining all around. It’s sending a message to me on its toxic breath. I see clearly the face of a mustached man who is the first owner, Mr. Pratt, as well that of my own reckless youth. Both are smiling down at me, shadows burned deeply into the brick, ever stuck in this place until it meets its timely demise. I owe it and defy it. I stood motionless daring to be struck.