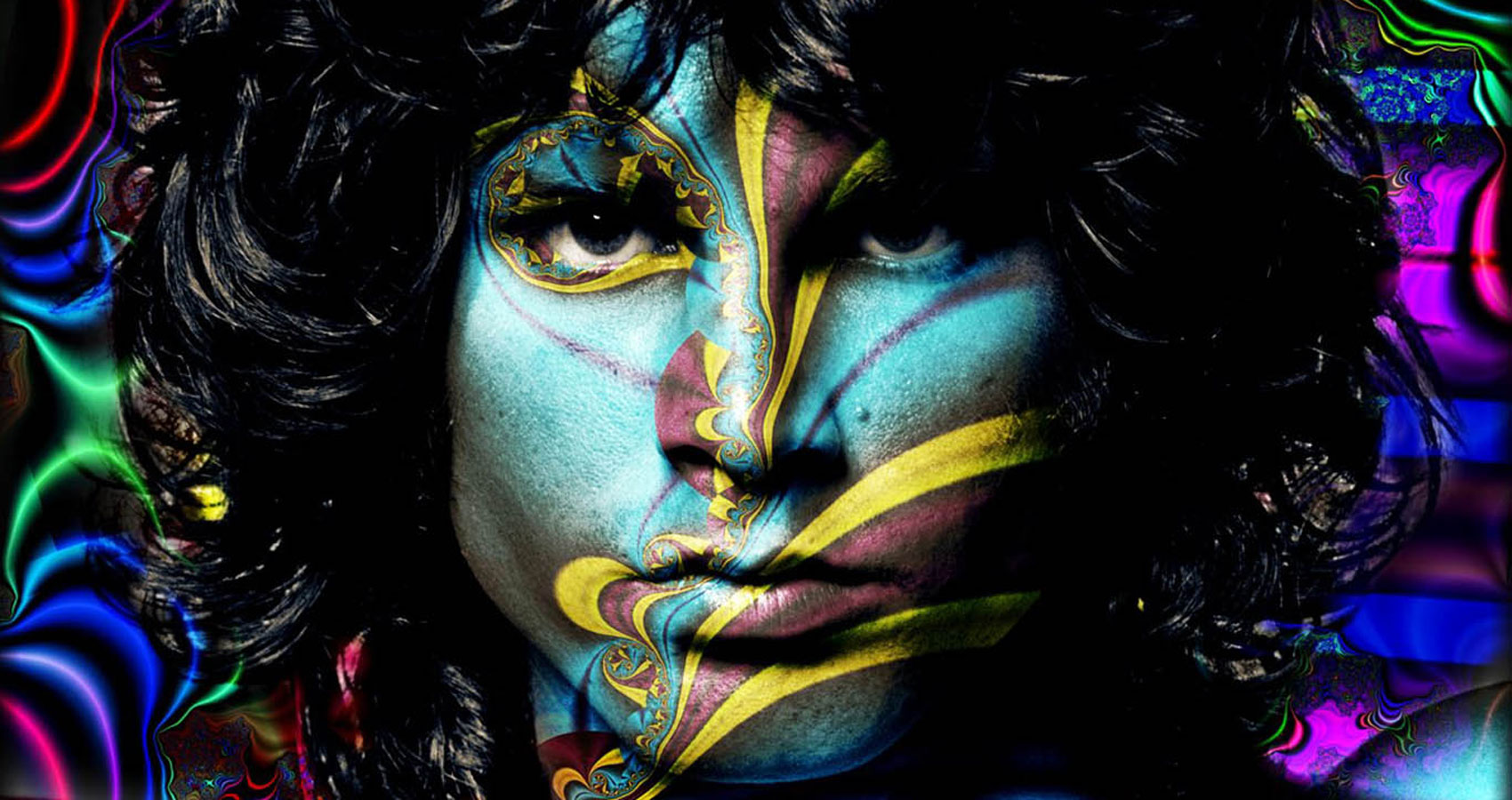 I got a call to ride the spiral.

I stared at a painting of Jim Morrison.

My skin stood on top of itself
as I looked deep into his acrylic eyes.
His shirtless torso became made of flesh.
He started moving, struggling
to the bathtub.
He started the water, put one foot in,
then the other.
The water rose as he laid down.
He put his head back and closed his eyes.

His stomach stopped moving up and down.
As he drew his last breath
his body started levitating and
it floated gracefully to his bed.
His temple came to rest on top of the sheets.
He was sprawled, arms outstretched, bare chest,
like his famous photo. Christ.

The drawers in his room opened and
out flew all of his poetry.
It was scripted beautifully on parchment.
The pages flew on his bed, completely covering
every inch of sheet.
Some rested on his torso.

I scanned his lifeless canvas and saw a needle
in his left arm
filled with blood.
Some was dripping out,
dying his poetry.

Candles on his bedsides lit the scene
as the cameras kept lifting toward the sky.

I closed my eyes and tried to figure out what I was feeling.
It was
jealousy.

“That’s what you want to do with your life.”
my inner child screamed to me.
“Needle in your arm.
Covered in your poetry.
Out before life gets boring.”

I opened my eyes and
looked back into the ink drops
that made Morrison’s.

The camera came back down from the clouds.
As it goes closer,
I saw the handwriting of the poetry.
“I wrote this.
I just haven’t written it yet.”

The body was now mine.
My hair.
My nose.
My needle.

I looked down at the floor.
I held back tears, liquid confession.