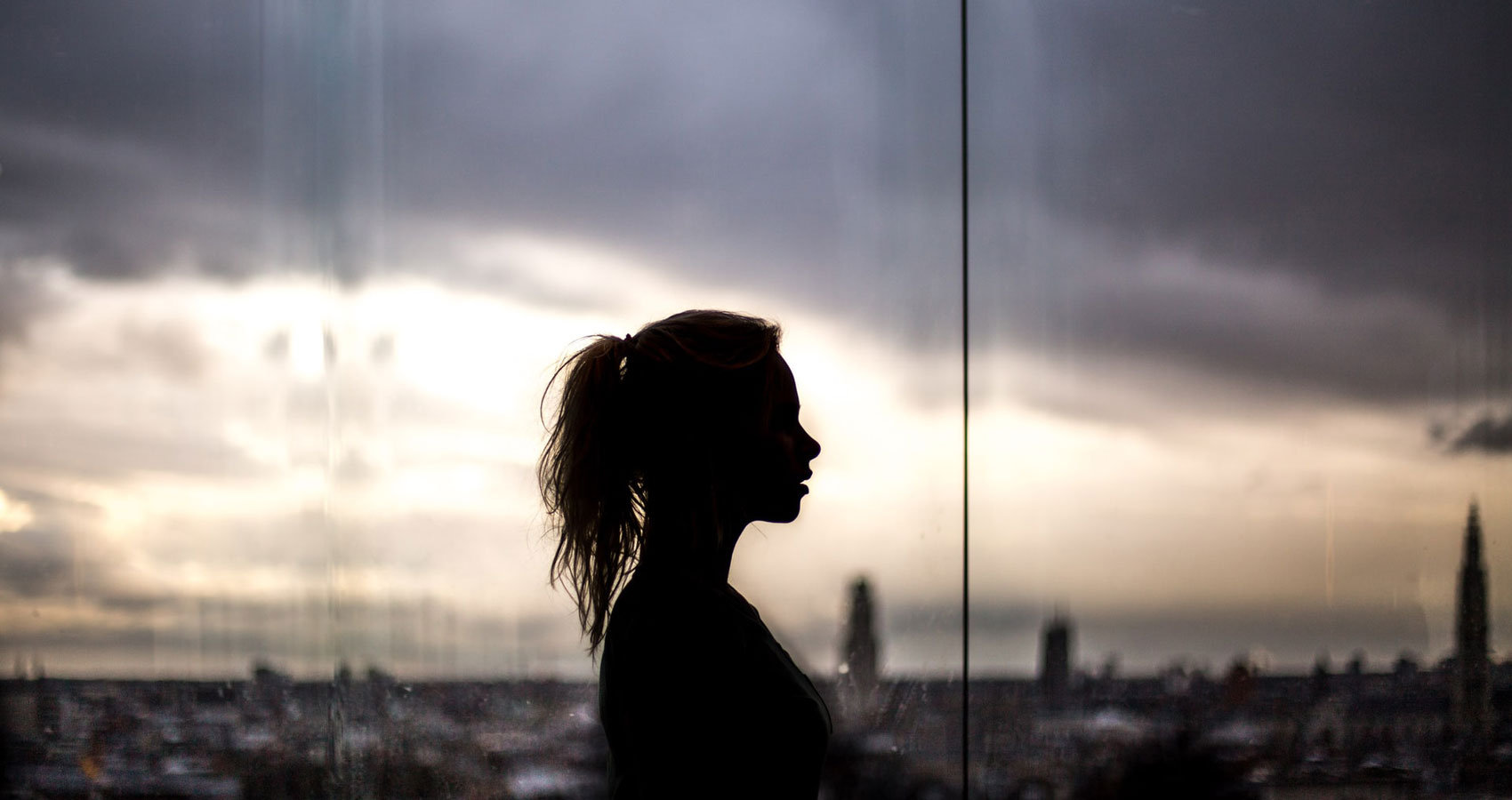 She had to explain that to the world, as well.
She did not want to come out.
Her days will always start in rain.
Sunny days were passing her by while she was asleep.
Outside there were only… people.
People?
Yes, unfortunately! Only people.
She felt them dangerous and phony.
Maybe those were the ones that chased her sun away.
She preferred staring at life through the window.
That way, the mist would not touch her.
The tears of earth were being constantly recycled
And the muggy nights kept predominating in everything.
They told her that kindness and truth…
…have gone out of fashion in these modern times.
So, she chose to lock her soul in the warmth.
Inside her, peace, and light, and a wish,
will continue their course in silence.
And she wouldn’t open for anyone to enter her dreams.
She had arrived from another time, nicer
They shamelessly told her that love was madness.
So she believed them! She abruptly stopped.
And she remained loving in secret, in silence and in pain.
Outside, rain was whipping chaos.
And she expected of nothing.
She had forgone the waiting and the understanding.
Now, everything were weighing, soaking on her.
If innocence loses hope, there is no return.
Oh, yes! She didn’t want to come out!
She preferred to hold on broken feelings.
She preferred to have a heart!

My name is Poli Miltou. This is my author's pseudonym, I chose it in memory of my parents whom I never met, and I think it characterizes me. I really love animals, flowers, birds and children. For this reason, I have also decided and obtained my degree from the University of Ioannina and I have been working for many years as a Teacher at Primary Schools of the State. I have the TOEIC in English and I speak Albanian. In Albania I became a Nun by Archbishop Anastasios and I served for many years as a teacher at IEK (Institute of Vocational Training) of the Archbishop, where I taught Greek Language and where, due to my studies in Literature, I also had the responsibility of criticizing and selecting literary books of the institute's Library. I also have taken painting lessons. In the past I even took part in a painting exhibition with other artists. Now, I live in Greece again and I work as a Teacher in public schools, while I also deal with writing and poetry. I have also published two books so far. A novel and a book with short stories from life. Αnd I hope I can continue as a writer.