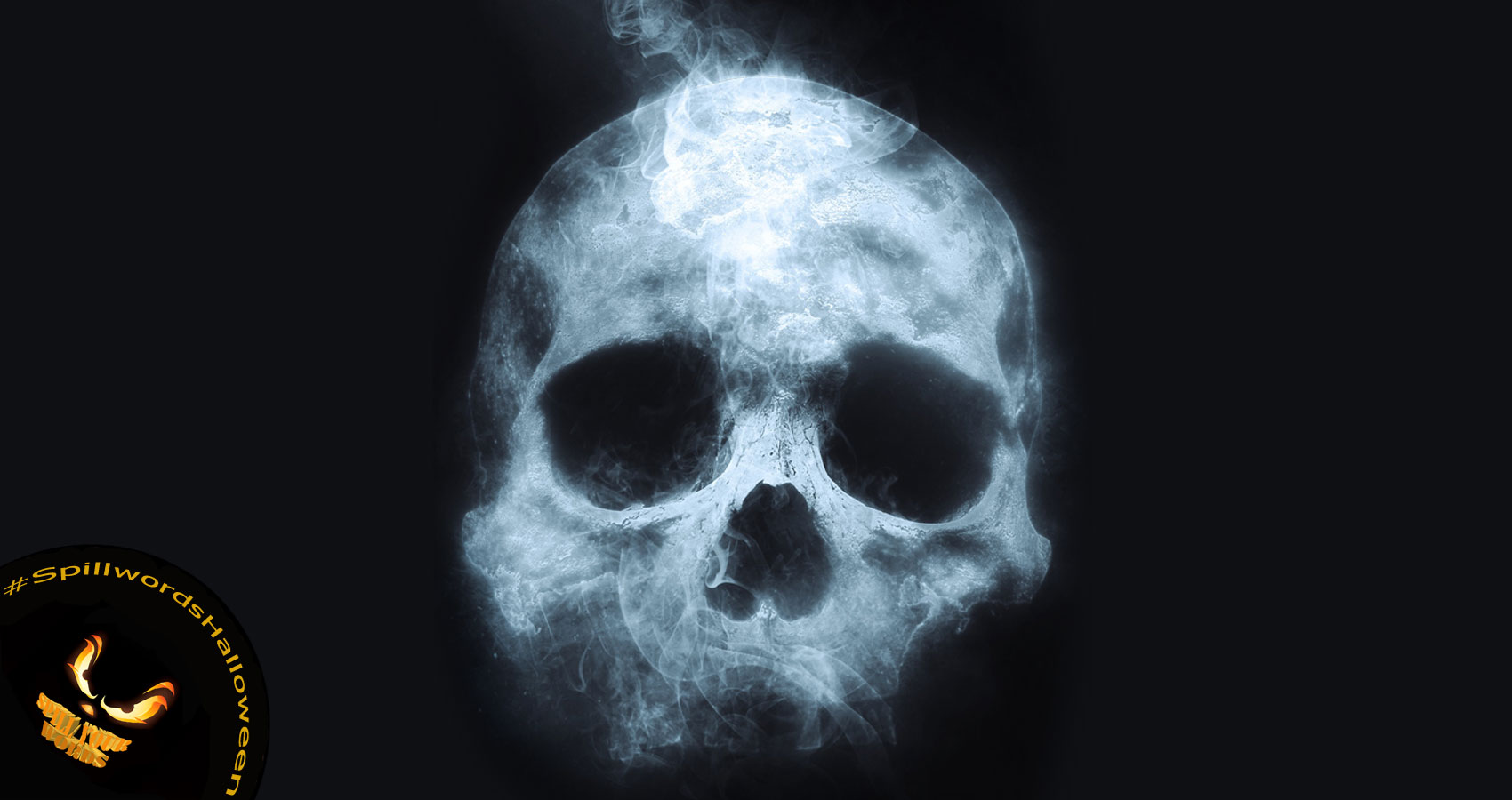 Savannah moved into the neighborhood right after a neighbor died. She was welcomed with open arms. She had the cutest yellow bungalow with a white picket fence on a quiet block. She now had her dream home. It would keep her warm and happy, she had a new job in journalism, and she had fit right into this town. It was like she had always been there. She had two kids; an eight-year-old boy and a six-year-old girl. She joined the PTA and immediately replaced the president who was the neighbor who just died from the next town. She led the neighborhood watch. She held meetings at her house monthly to discuss crime in their small quaint town. She was fast becoming everyone’s favorite friendly neighbor, well that was until they discovered she held a shadowy secret.

Savannah was a thirty-four-year-old single mom. Her children were outgoing and made friends on the block easy. They were soon invited to birthday parties and slumber parties. Savannah knew everyone on the block by this point and felt safe with any of the other parents watching her kids, as they as well felt safe with her. She had no fears for her children and was thankful for the free time. She was free to ponder outside of the town and see what the area had to offer, or really it was more to choose who her new friends would be. She really wanted to get to know more people. She liked keeping her options of who she wanted around her open to new possibilities.
She wondered around the adjacent town and found a quiet coffee shop. She stopped in and grabbed a coffee to go, but she looked around and these towns folks were also open and trusting. She sat and talked to a few people for a little while. She invited folks to her Halloween party she was hosting. Told them to spread the word because she was going to throw a huge party to celebrate the holiday, she loved Halloween. She told about her decorations, her collections of skulls, and how the horror of Halloween thrilled her, which truth be told they thought a little odd.

Savannah went home that afternoon and opened the garage and started to decorate her yard. She was so excited to decorate her first Halloween in her new home in her perfect little town. She had pumpkin and ghosts lining her walkway. She had orange lights over her perfect white fence. She put real and bumpy pumpkins on her porch steps. She loved this holiday most of all; the blood, the skulls, celebrating ghosts and ghouls, who wouldn’t love that? She loved all the horror and blood and tried to be spooky, but those damn pumpkins took over. She then pulled out one more tub to decorate with and it was filled with skulls. She placed a bunch over her picket fence and the rest went on window sills and in the yard. There was not one place outside that you could walk. You had to walk on her sidewalk straight to her front door. She wanted no one to tread on her skull collection. She had worked long and hard at accumulating it over at least five states that she could remember.

A week later at work, her boss gave her a story to chase. A person had been murdered a town over. She would be given the address of the person and she was to go and interview the neighbors of this deceased person. She was supposed to lay groundwork that the person dead was a horrible person. To slant the story if she had to, but when she interviewed the neighbors she found out that no one had anything good to say about the deceased. She would not have to slant the story at all! She took her notes and went to poke around the person’s house. She noted interesting items about the house, about what the neighbors said, about the death, the condition of the body, and everything else she could think of. She went back into the office to type up her story for the paper, but she left the condition of the body out of her story. She did not think people wanted to read that gore.

Another week and Halloween was closing in. Her yard was set up with tables, chairs, even the sidewalk had chairs. She parked her car in the garage and put more tables and chairs up and down the driveway. She covered all the tables in orange and black tablecloths. She had skulls all over the tables with candles in them. She had drilled holes into them for this reason. She put on some spooky music and set the mood because people would be arriving soon. She checked all the food like finger looking cookies, brain spaghetti, and other noteworthy items. She loved this holiday. She bought tons of new Halloween decorations each year. When she moved in she had half the garage full.

Soon the neighbors from her town and the next one over arrived. Everyone was eating and drinking. They loved the pumpkin soup, pumpkin squares, and all the games like pumpkin tic-tac-toe that she made for this special day. She probably had about fifty people at her house and she so enjoyed the company. She was making mental notes on people all day. Who she liked, who would be in trouble and who she had to be careful she told what to. She was figuring out the playing field of people who are important compared to whom actually were important. She was dotting I’s in her head and crossing T’s and then it happened: a neighbor from the other town brought his dead neighbor’s dog to the party. He had been taking care of it since she died. The dog ran right to the skulls and was sniffing the skulls like nuts. He would race to one, knock all the decorations down and run from everyone. He kept this up until he leaped onto a table taking everything off of it with a loud crash and leaving the people sitting the table stunned. He went to the skull on the ground that he knocked down and sniffed and sniffed and then he sat with it between his paws and growled at all who approached.

Soon the cops were called. No one knew what to do with this dog, he had been a most gentle creature and now it was threatening to eat people who approached. He lunged at people who came close and growled and demonstrated by nipping at those close that his bite was as bad as his bark. The cops soon arrived and tried everything to sooth the dog. Then animal control arrived and was ready to capture this vicious dog. No one knew what had gotten into him. Then the cops noticed the skull now under the dog. They asked Savannah about all her skulls. Were they made out of something the dog would like or perhaps had she sprayed them with something he wanted? She told the cops she had just been collecting them from stores as she moved around. He said ok and walked away. Animal control tried to get close but also was being nipped at, so the cops said perhaps we should take the skull to the police headquarter and take the dog with them, but how?

Everyone went home stunned at what happened. Once everyone was gone the dog relaxed and napped from exhaustion. He then rolled over and a cop snuck up and took the skull. He put it into his squad car. He left it on the back seat, left the door open, called the dog who woke startled and was searching for the skull. The cop pointed to it in his car and in the dog jumped whimpering at the skull. The cop did not know what to make of this reaction but he had an idea why the dog was doing this. He got the skull and dog out of the car with no growling. He got the dog settled into the station with a bowl of kibble and he sent the skull to his lab. He needed to know what it was made of or covered with that the dog loved.
A few days later the dog settling into the cop’s home nicely and the lab results came back. The teeth matched that of the dead dog’s owner. Why would Savannah have the dead lady’s skull as a decoration? He went back to the Savannah’s house while she was at work and her kids were at school. He took a few more skulls, not enough that she would notice, and he had those tested as well and sure enough, they popped on his database as missing people. All the people’s bodies were in horrific condition when found, but also headless. The cop realized then that Savannah was not the perfect PTA, soccer mom, or friendly person the two towns believed.

The cops were picking up and bagging all the skulls when Savannah came home. She was shocked to see all these cops. She had been a very naughty lady across at least five states, perhaps more, and now the cop had arrested her as a serial killer. As she was loaded into the car she sobbed out, but my Halloween decorations, you are ruining my display. The cop looked at her cuffed on his backseat and said, “What about all these people’s lives that you cut short?” and with that, he slammed the back car door on her and ended her reign of silent terror. The children would go into protective custody and she would be locked behind bars for life, left alone in her own skull to chew over what she had done to so many people.