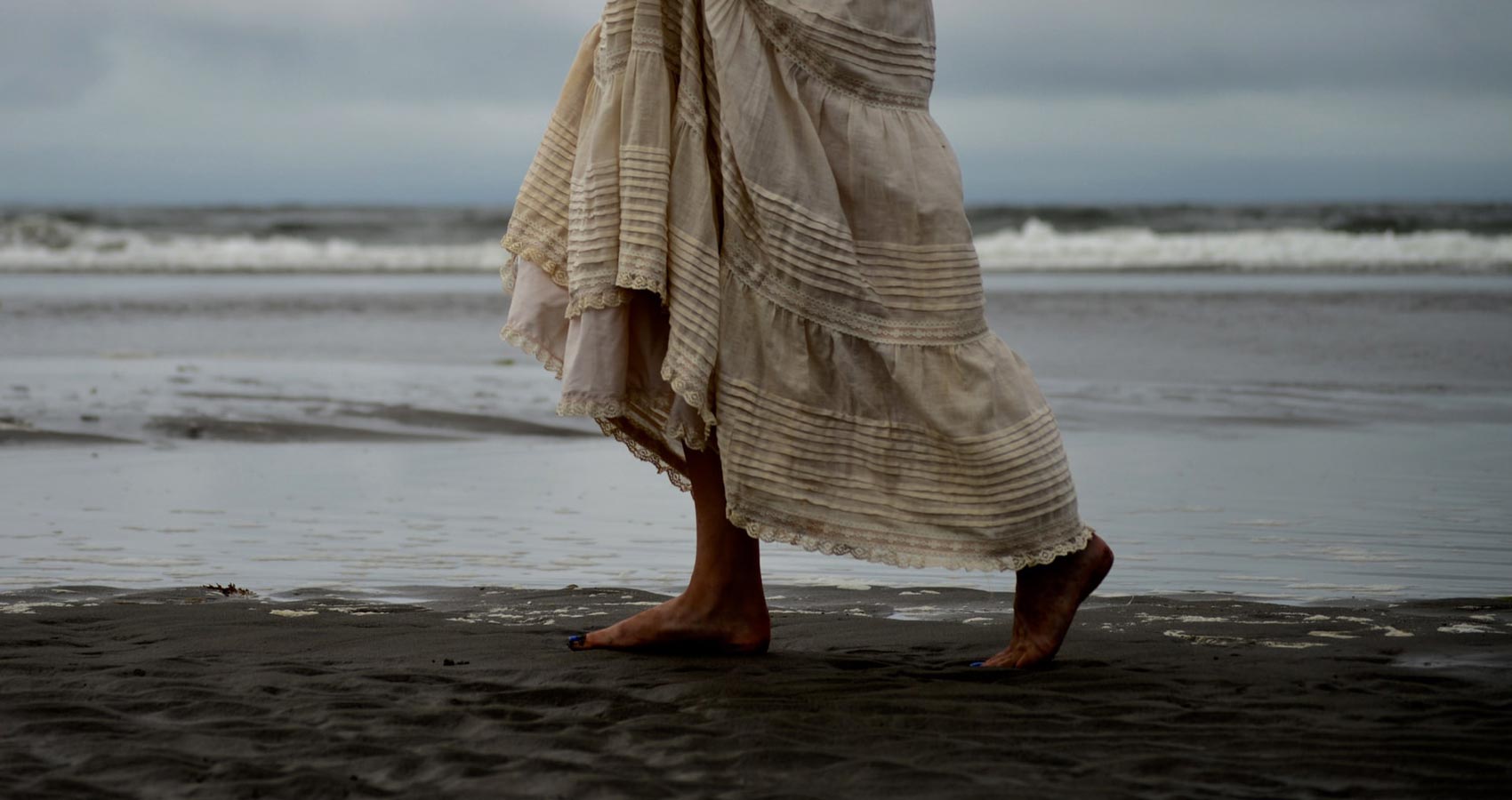 Softly, the sidewalk loses its solidity
I walk on moving sands
Moving only in my head
My exhaustion makes me spineless
Practically, I glide
Any minute now, I will drain myself
Into the ground
I feel concomitant extremely heavy but also light, lighter, deprived of oxygen
My daughter, next to me, deliciously young
conquering easily entire male
galaxies
Is clueless about the black turmoil that digs deeply at my feet
Her voice is the only thing that keeps me standing
I am not sure yet where to go
Up, like a fat balloon
Or, like molten lava
to pave the way to hell

Iulia Gherghei, Romanian poet of English expression, graduated from University of Bucharest as information technology expert, has published her first poetry collection in 2012 at Blurb. Prisoners of Cinema Paradiso was edited by Brian Wrixon. She mainly publishes her poems on Facebook. She was also published in many e-zines or poetry sites like Destiny Poets, where she received the honour to be chosen Poet of the year in 2012. In 2015 she won the poetry contest of the Blackwater Poetry group on Facebook. She was part of many anthologies, one of them being The Significant Anthology, edited by Koshy A V and Reena Prasad. In 2020 some of her poems were translated to Turkish by Baki Yiğit in several Turkish literary magazines. Also starting this year she has her own author page on MadSwirl site.