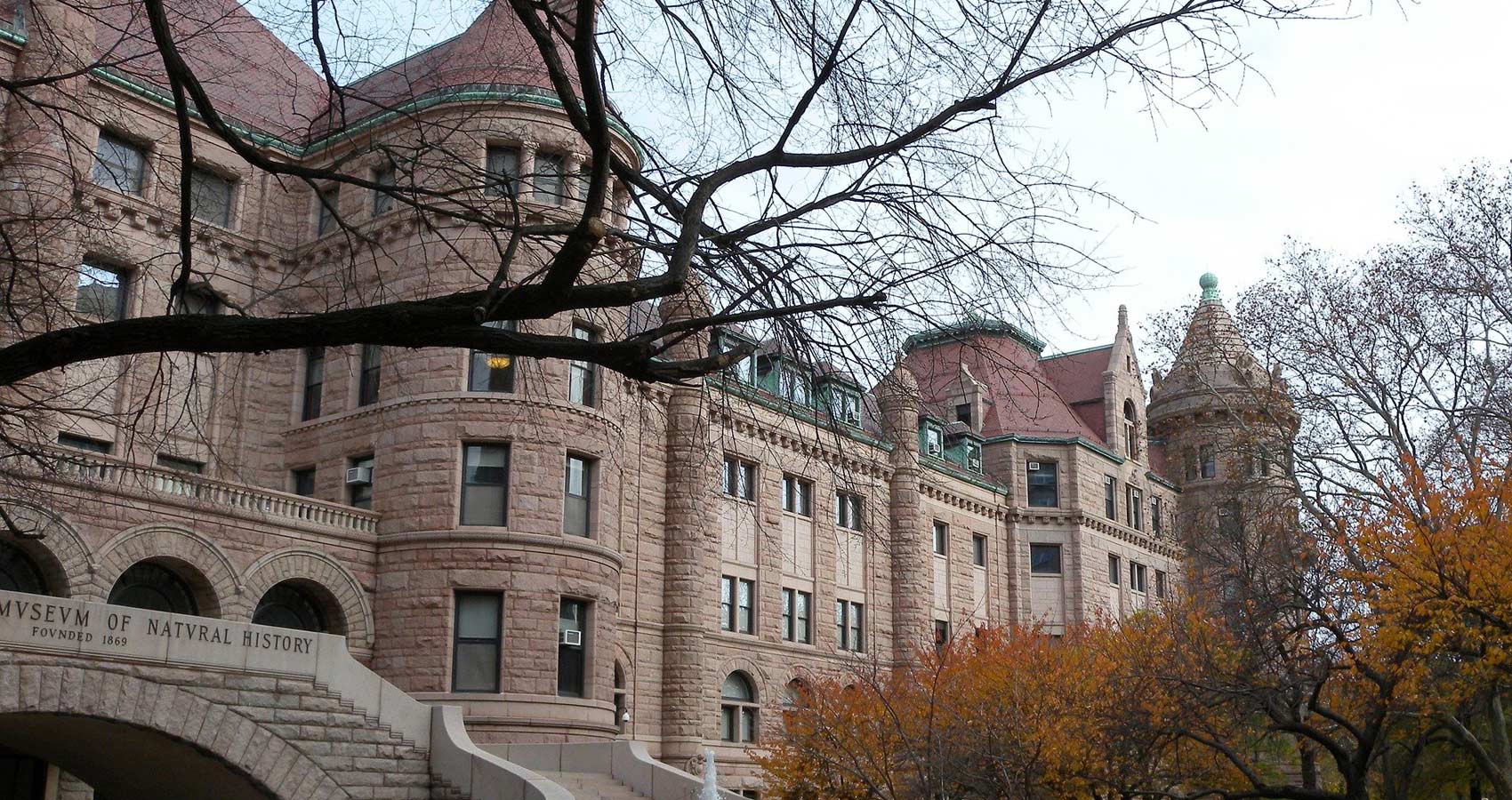 Someday I Want To Start A Family

Someday I Want To Start A Family

In those days, in those early 20s years when you were well past adolescence and its high school sequel, when you were done hanging around on the corner, somewhere, there was a future that was on hold. Virtues, previously elusive (or at least ignored, like responsibility), took root and grew easier in the fertile soil of maturity.

I had a nighttime gig at the American Museum of Natural History. Part of a small night crew; one supervisor, one assistant; an older gentleman from Guyana; and two (sometimes three) night watchmen. We were all very young, and as it turned out I was the youngest. I was 20 going on 21; the job kept me from nine at night until six the next morning.

Once a year, usually in May or October, the Museum hosted a shindig for its supporters and various philanthropists, a catered affair with music and a review by the curators and conservators and maybe a presentation or two. During these events, we went on ‘standby’; to assist in case people got lost in the museum or wandered into areas they shouldn’t. These were the scions of New York society, very wealthy families, plus representatives of the press. The museum didn’t want any incidents.

So I found myself one late evening posted alone at one of the exits. At a half-hour before midnight the affair ended and there was a steady stream of people in formal evening dress making their way out. It was probably too much for me to manage on my own. They were loud and boisterous and had been drinking and there were, well, lots of them. I observed a woman in red evening gown being pushed thru the crowd in a wheelchair by a man in a tuxedo. The man was singing a song that I recognized from a movie: When the Red Red Robin Comes Bob-Bob-Bobbing Along; which caused the throng of people to laugh hysterically.
They tried to shove the wheelchair thru one of the large revolving doors and it jammed. Someone noticed me standing there in uniform and called out:
“Jeeves! Jeeves, old boy, help us here!”
This seemed to them as funny as the stuck wheelchair but before I could intercede to prevent any further damage (or injury; or insult), I was approached by a young couple who wanted to report a set of lost earrings.

Truly, my training had been woefully inadequate in preparing me to deal with this type of situation.
“What’s the name?”, I asked.
“Smith”, the woman said. I wrote down Smith. The man leaned over.
“No”, he said, “it’s spelled: S-M-Y-T-H-E”, he recited, “with a Y”.
“It doesn’t matter”, she told him.
In the background I could hear raucous laughter and the wrenching of the wheelchair repeatedly into and out of the revolving doors; finally: ‘oh the fuck with it, just leave it’.
“And, how would you, um, describe the earrings”, I asked.
“Describe them”, the man said, as “very pretty”. He looked at her and laughed.
“No”, she said, “they’re silver; silver posts with pearls; real pearls; and a diamond; in the shape of a small leaf. They’re an heirloom”.
“And, a contact number, a phone …?”
She gave me a number. I wrote it all down; I told them the Museum would be in contact if we found them.
“IF!”, the man bellowed, and they left.

I walked over to retrieve the now battered wheelchair and discovered it marked: Museum Property – Return to First Aid Station. Also left behind was a half-empty bottle of champagne. To my relief, everyone had gone.

I did as I had been told; make sure everyone is safely out and then secure the three large revolving doors. I pushed the wheelchair over against a wall (someone else could worry about it) and started making my way back. This took me thru the Hall of North American Forests and then into the Hall of Ocean Life. It was here that the gala event had taken place.
Tables set with white tablecloths; dozens of them. The Hall was still fully lit; the building engineer had not turned out the main lights yet. Leftovers; there were baskets of crusty bread, cheeses, half-eaten shrimp cocktails and plates of smoked salmon; caviar and goose pate; cornichons and Mediterranean olives; prosciutto and soppressata; various bottles of wine: Pinot Noirs and Cabernets and Merlots. The museum had spared no expense: it was a veritable smorgasbord. For a moment I thought about tipping the other guards. Instead I poured myself a flute of champagne and took my sweet time.

I picked thru these remains like a philosopher picks thru the ruins of human thought.
It was nice; to feel rich, for a half-hour.

Under the watchful eyes of the massive blue whale suspended from the ceiling, I went from table to table. There were programs for the evening, printed on fine stock; there were parting gifts, some apparently left behind. I examined one, a billfold: Bvlgari. I took it out of its box; the leather was soft and supple; it folded nicely (it went into my back pocket).
Then I picked up a program to have a look and underneath it were the sudden, late, missing earrings. Had she taken them off and forget where she lay them? She must have; I put them in my pocket. Then I left the area and reported back to security. I figured the supervisor and his assistant would go over and raid the place themselves later; probably take the building engineer with them. I decided to keep my mouth shut about the earrings.

“Everyone’s out, looks like there’s a lot of food left over”, I announced to no one in particular.

Picked up my keys and flashlight, my 2-way radio, and walked off to make the midnight rounds.
To be honest, I wanted to call her; I wanted to be the one to say “I found your earrings”. I wanted to be a hero. I skipped class; I went home with the earrings. When I woke up I examined them. They were exactly as she’d described them. In fact, I could feel her: thru them I could feel her presence. I took out the notepad. Her name; the phone number; what I might say. I spent an hour going over it. What if she wasn’t home; what if “he” answered. What would they think.

I dialed the number; it rang twice.
“Hello?”, said a soft female voice; it was her; on the phone she sounded exactly like I thought she should sound; “hello?” again.
“Hello”, I answered.
“Who’s calling?” she said.
“It’s um, it’s the museum…we, um, we found your earrings”.
“Oh; oh that is amazing, you actually found them? That’s…well, okay, when can I come by and pick them up?”
I had no answer.
“Hello?” she said, “hello?”
“Yes; I have them, I…”.
“Who is this?” she asked.
“I…I’m the guy from last night…at the museum…I found your earrings…I just want…I want to return them. So I can make sure you get them back…”
She went silent for a moment. Then her voice came back on the line.
“Well, I don’t really under…okay…to be honest, I’m not sure you’re just supposed to be calling me like this on your own. Why didn’t you just turn them in?”
“Yes…I was worried, since…you know…you can’t always trust people with something like this…look, I found them, I just want you to have them back…that’s all. I’ll…I will meet you in front of the museum”, I said firmly, “outside the Central Park West entrance…”, struggling for words, finally I blurted: “…about seven tonight.”
There was a pause after all this rambling.
“Ok, seven o’clock, Central Park West, and I should come alone, yes? And if I call the police or the museum, I’ll never see my earrings again, is that it?”, and she laughed. “What’s your name?”, she asked.
“Joseph”, I said.
“Ok, Joseph, I’ll be there at seven”. And she hung up.

It was a long subway ride into Manhattan; I hadn’t slept more than a few hours. Why had I been so stupid. She’ll be there with the police. Best case scenario: the museum will fire me and I’ll lose my job. Maybe I can just get off the train, call in sick; then I can quit. Yeah, that’s it; I can call her back and tell her I’ll mail her the earrings. Instead, I waited in front of the museum. There was a bus stop and a bus came and went and I stood there.

She got off the bus in a hoodie and gray sweat pants; running shoes. Fair blonde hair that she’d tied back in a ponytail; no make-up. She walked up to me. She seemed a little older than I’d thought. Late 20s, maybe early 30s. I had placed the earrings into a small square box lined with cotton; I’d placed the earrings on top of the cotton.
“Joseph?”, she asked.
I nodded. I handed her the box. She opened the lid.
“I want to apologize for last night”, she said.
“Ah, there’s no need…”, I replied.
“No”, she said, “my name’s not Smythe. He’s not my husband and those people are jerks. He paid me 500 to escort him to the dinner and sleep with him afterwards. He’s rich, but he’s an asshole. I want to thank you for returning these. And for having the courage to call me”.
I had one of my textbooks under one arm.
“What are you reading”, she asked. And she took the book from me.
“Money, Banking and the United States Economy? What is this, you’re a night watchman in a museum and you’re reading a book about banks?”
“I’m taking classes”, I said, “part time. In Economics. I want to get a better job. Someday I want to start a family”. Her expression changed from amusement into a slightly confused and sweet look of compassion. “And someday, Joseph,” leaning over and kissing me on the cheek, she said softly, “you shall”. With that, she walked off.