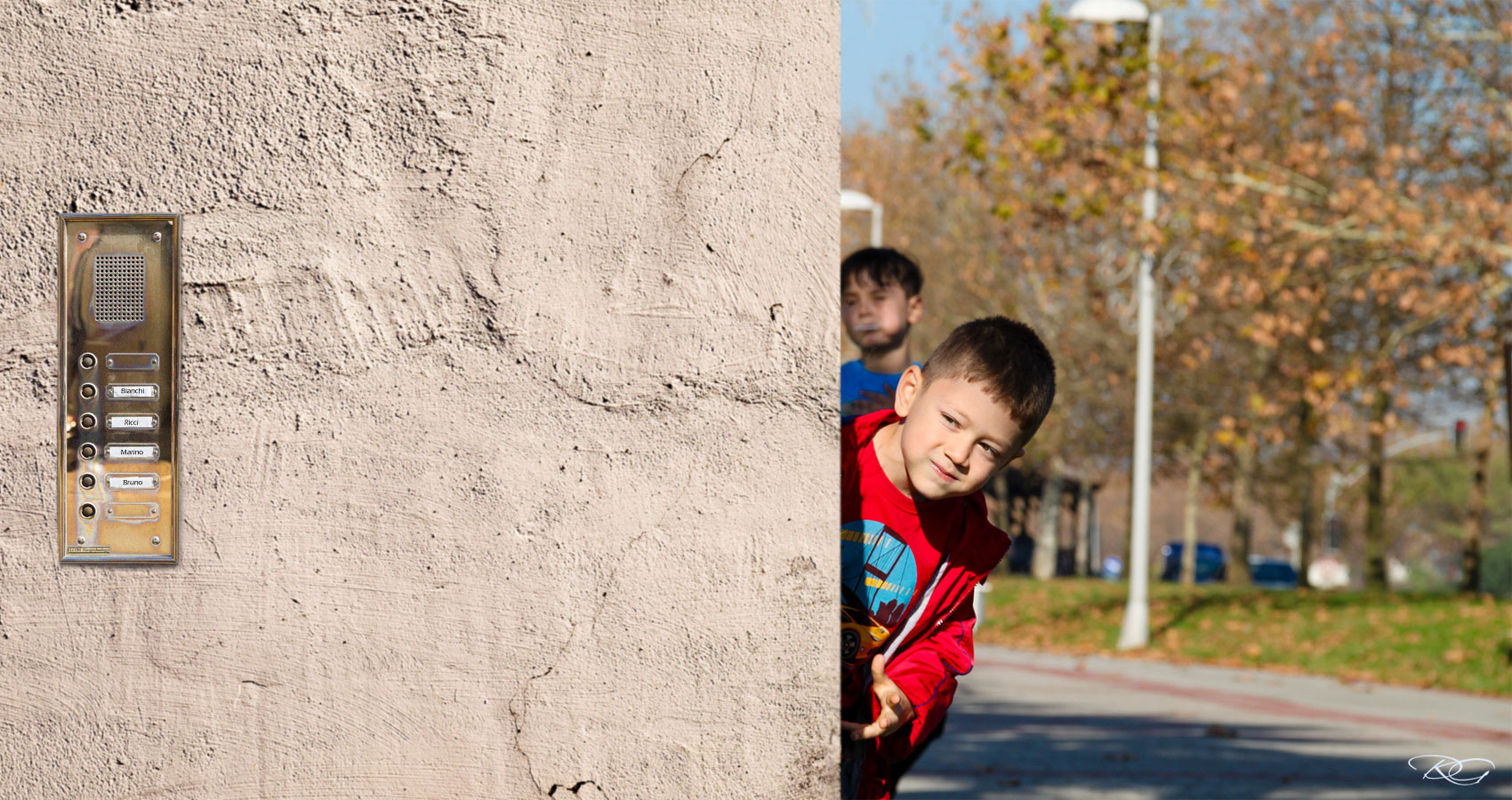 “We could play a game of calcetto— two on two.”
“No, that won’t do, there’s five of us.”
“One of us can be goalie, the other two, teams.”
“No, Let’s do something else besides soccer.”
“Yeah, that’s all we’ve done this week and my knees hurt.”
It’s true, that’s all we have done for a week.  Mario’s knees are scabbed and when he runs they break off, the blood rolls down his leg and looks gross.  No, soccer won’t do today.  Salvatore dribbles the ball from foot to foot without letting it touch the ground, counting as he kicks the ball.
“Then what are we going to do?”  I’m bored, very bored.  Guido counts along with Salvatore, nodding his head each time Salvatore makes a count.
“Let’s ride the country road to the top and race down the asphalt hill.”
“No, we can’t,” Edgidio says.  “My bike has a flat and I don’t feel like fixing it.”
“Then what are we going to do?  I can’t stand this.”
“Forty-seven!” yells Salvatore.
“That wasn’t forty-seven, that was forty-two,” says Guido.
“No it wasn’t.  It was forty-seven.”
“I was counting with you and you only made it to forty-two.”
“You missed counted then.  I counted forty-seven.”
“I know what we can do—we can climb the wall and watch la puttana get it on with her boyfriend.”
“No, she’s not getting it on with him anymore,” Salvatore says.  “Besides, she hasn’t been getting it on for a while now.”
“Che pacchio, what a honey la puttana,” says Mario who keeps picking at his scab.
“Why don’t we hang out at your place, Aldo?  You’ve got tons of things to play with,” Edgidio says.
“No, I don’t feel like playing at my house.  My mother doesn’t want us upstairs on a nice day, anyway.”
“It is a nice day,” agrees Mario.
“Yeah, it is a nice day,” echoes Edgidio.

“It was only forty-two,” Guido says.
“Forty-seven.  I know what we can do, let’s ring the intercom and call out spazadura.  Has anyone seen the trash man today?”
“No, and he usually comes on Wednesdays.”
“Yeah, let’s do spazadura,” says Mario.
“Okay, but this time, don’t ring my mother’s bell.”  Last time Edgidio’s mother waited an entire five minutes for the garbage man, holding three loads of garbage.
I love spazadura.  It’s my favorite prank.  At the intercom I’m giddy with excitement.
“Alright, I’ll yell spazadura.  Just one of us needs to yell it or they’ll get suspicious and I have the deepest voice.”
We all agree.  Salvatore stands to the side while we count to three and each of us smack the twenty-something buttons on the intercom and step back.
“SPAZADUUUURA!”
Immediately voices begin to answer our call so Salvatore yells out once more, “SPAZADUUUURA!”  We all race to a hiding spot across the street where we can’t be seen and where we can watch the main entrance.
“That was great, Salvatore,” I say.
“Yeah, that was real good,” says Mario whose scab is oozing blood, once again.
“Forty-two,” says Guido.
“No! It was forty-seven.  The last one counts.”
“No it doesn’t.”
“Look.  Look,” I say.
At the entrance there are seven perplexed women holding full plastic bags looking for the garbage man.  They’re confused and look around, then three more women and then five.
“Who rang my buzzer?”
Edgidio’s mother pushes her way to the front holding the most amount of garbage in her hands.
“God, you guys got a lot of garbage,” Mario says.
We decide to crawl to the end of the building and hide ourselves in the woods.  After all, Edgidio’s mother might be there for a while.  The best part is, before long, the real garbage man will show up and no one will come down.
“Forty-two.”
“Forty-seven.”

Bryan Jansing’s Flash Fiction was included in Fast Forward Vol. 3, The Mix Tape (2010), which was the finalist for the Colorado Book Awards. He has also written for Beer Advocate, Celebrator, Primo and Ringling Bros. and Barnum & Bailey Circus. His book Italy: Beer Country is the first and only book available about the Italian craft beer movement.