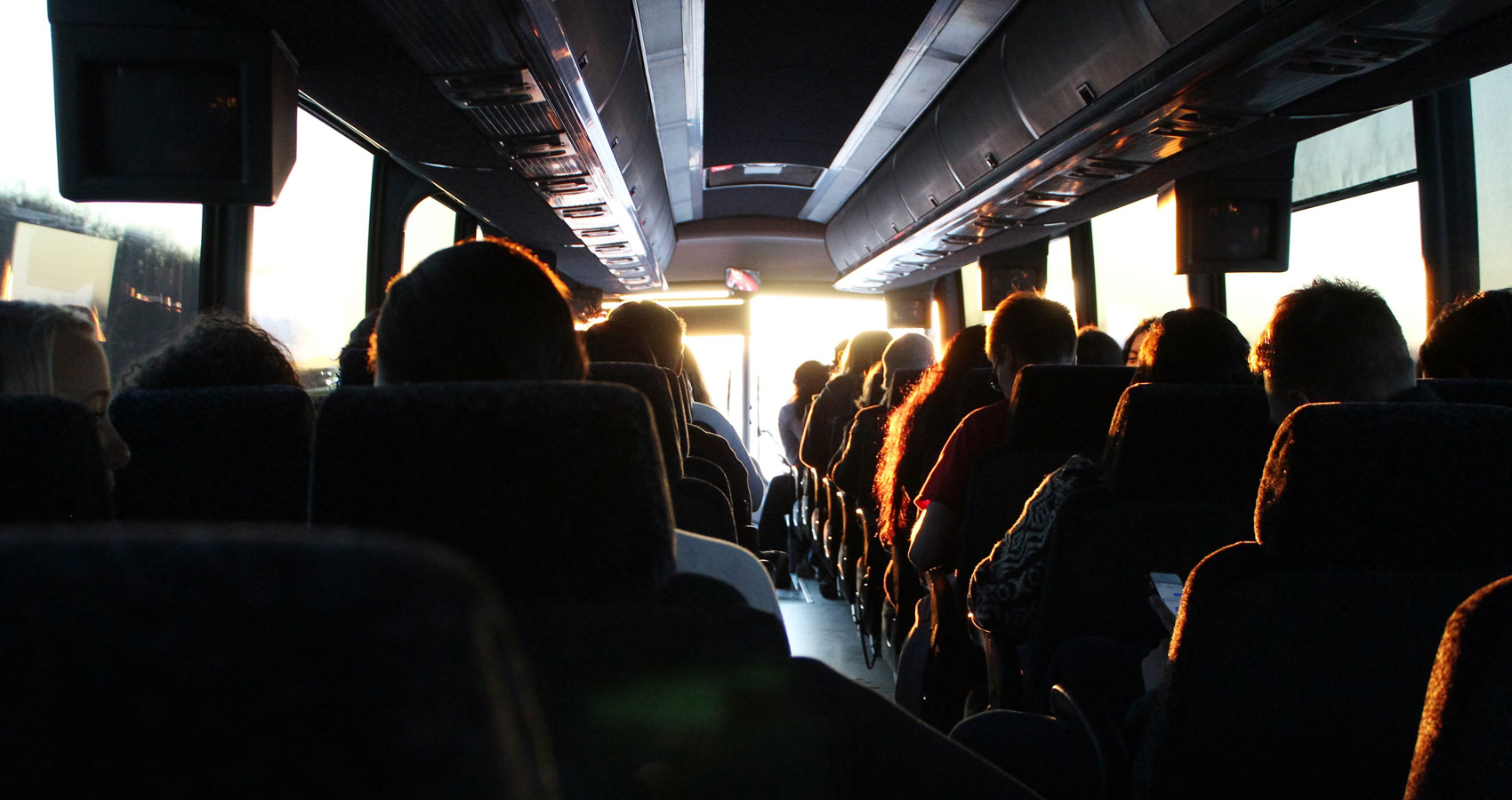 When he got on the coach their eyes met and Amy’s heart lurched. She tried to return his smile, knowing she was flushing.
The journey was more interesting now, watching the line of his jaw, the back of his neck. Once he turned around, but she pretended to be reading.
Somewhere north of Bristol he got up and made his way to the toilet. She glanced up.
“Hi,” he said, but she could only smile before looking down at her book, hand brushing hair behind her ear, reddening. She breathed in as he passed, fresh sweat and something woody and expensive.
On his way back the bus lurched (or did it?) and his weight fell against her shoulder.
“Sorry.” That smile again, those twinkling eyes. Her head was level with his crotch. Khaki chinos.
“It’s ok.”
“Like being on a ship!”
She couldn’t think of anything to say so she smiled and looked back down at her book. He stayed a second longer than was comfortable then returned to his seat.
Her shoulder tingled.
At Frankley they stopped. He was already off the coach. Hurrying inside the building she glanced hopefully around the concourse. As she got to the toilets he emerged from the gents.
“Hi” he grinned.
“Hi.” She dropped her eyes again. Why was she being so demure? She realised she was looking at his crotch and looked away, but not before noticing the dark spot at the top of his leg.
“I’ve got to go,” she said pointing.
As she sat in the cubicle she realised what a stupid thing she’d said, ‘I’ve got to go!’, but found she no longer cared. When she thought about the spot she felt a little sick. The magic had gone. What kind of man would allow that to happen?