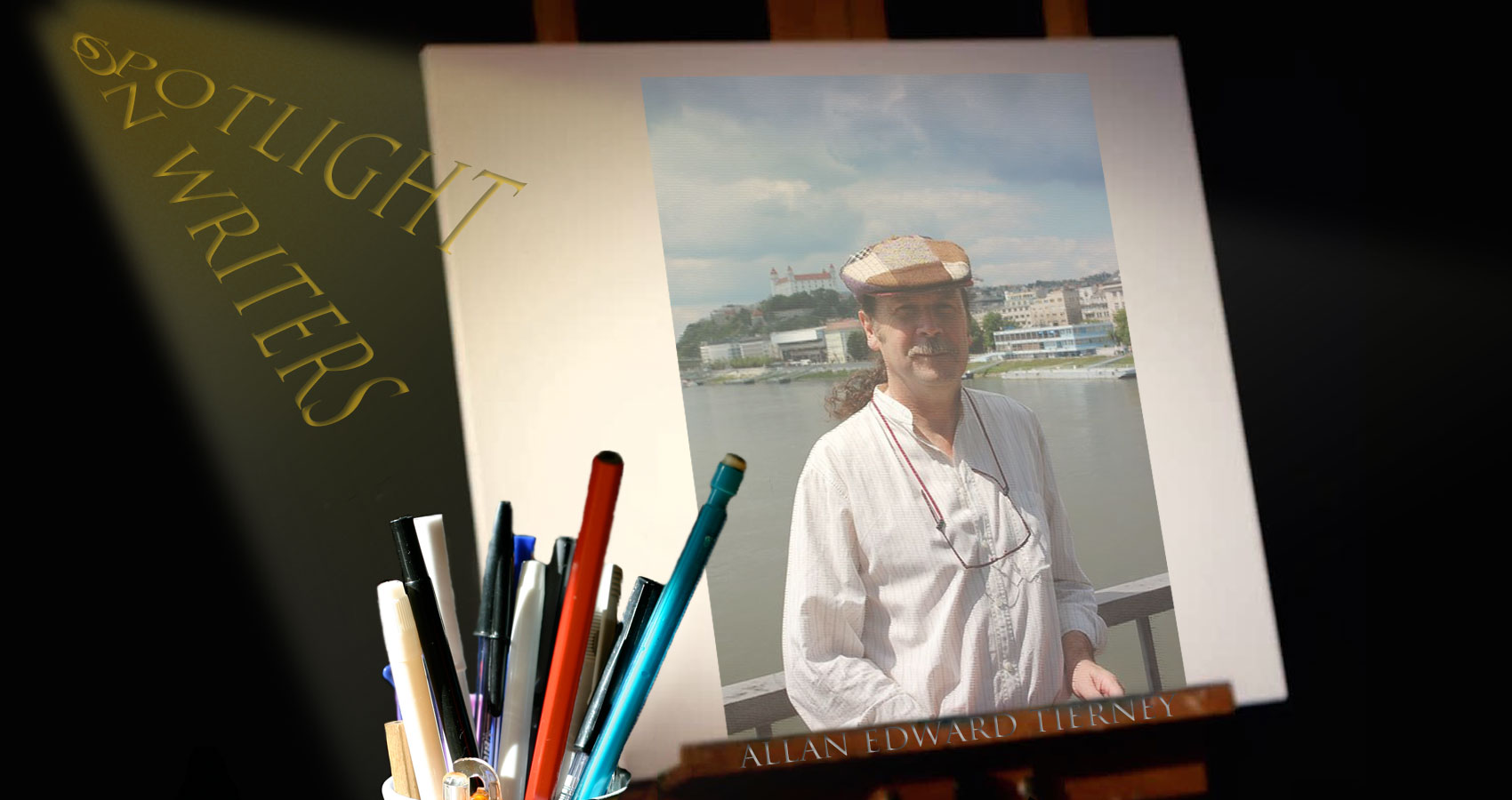 I was born in Redlands Hospital, Great Western Road, Glasgow in Scotland on the 18th of December 1949. I lived in Scotland for most of my life, until 2011 when I left with my Slovakian wife to live in Bratislava, capital of the Slovak Republic where I live now.

Regarding Scotland, for me it is the region known as Assynt in the far north west. It is sparsly populated (except for deer) and is one of the oldest geological areas in Scotland with rock dating back many millions of years. There the hills rise straight up in mostly stand-alone form from the peat bog surrounding them. My favorite hill there is called Suilven and for me it is the only one in Scotland that has a real, tangible personality, at least for me it has!

Novel ideas whether in art, literature, theater, cinema, music or in any human behavior really. Anything that challenges the banal, humdrum of everyday existence and makes me more awake, alive and remaining invested in life in general. Also of course the wonders of nature, animal life and the diverse cultures to be found on our planet.

That’s the most difficult question so far. Perhaps scintilla?

‘Even when the world reaches even darker days unsuspected, as we feel the worst is already here, some scintilla of humanity will suddenly emerge to cheer us and scare away the night of our soul.’

Politicians and out-of-touch elites who play their games within a tiny very private ballpark that excludes the rest of us. We, the toiling, often suffering majority who long for some kind of unity of the human but tend always to be split apart into nations, religions, cultures and colors.

I was defined by two periods in my life. In my earliest years I was unfortunate enough to suffer a protracted period of bullying by various people and groups, both children and adults. I was made to feel fearful, anxious, unwanted, inferior and undeserving. The two years this period lasted made me an introvert, diffident and forever somewhat fearful for the rest of my life. However, just a year or two after this period I somehow found a comic book which covered semi-serious issues. In one true story a woman pawned her wedding ring because of some illness in her family. Aged 8 or 9 I somehow connected with that woman’s experience and my heart was opened to feel a compassion for others far outside my own family and friendships.

The second period was from 1965 or so until 1969 when my mind was opened via several factors. I had started to read avidly each night before sleep a couple of years earlier and had become a huge fan of classic science fiction by the greats, Asimov, Heinlein etc. Then, shortly after came inclinations toward aspects of eastern philosophy which merged into the period generally referred to as ‘The Summer of Love’. My friends and I began experimenting with many novel notions, not only forbidden substances, but new ways of thinking and being. Since that time my introversion has been as least as much a blessing as a curse. I wouldn’t like to have missed being 17 in 1967… not for all the extroversion in the world.

My name is Allan Edward Tierney. I am 70 and Scottish. I live in Bratislava, capital of the Slovak Republic with my wife Jirina. My primary literary themes are life, death and doomsday.