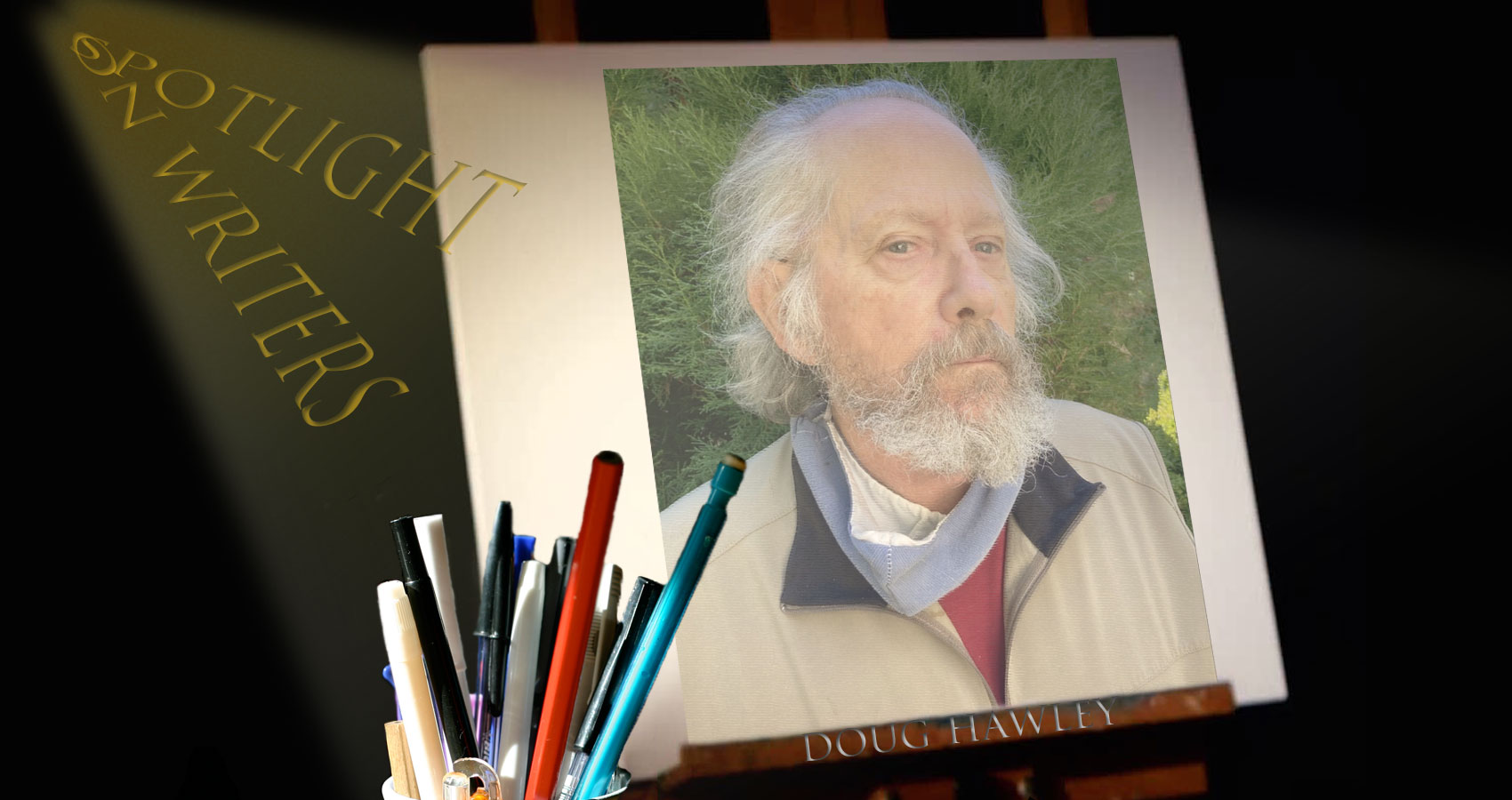 I’m originally from the Portland, OR, USA area and now live there again after stops in Kansas, Atlanta, Louisville, Denver, Los Angeles, and San Francisco North Bay. I’ve done too little travelling and not lived outside the USA but have been in all fifty states and several Canadian provinces. One exotic incident along with much boredom – stepping on a rusty South Pacific Kiribati Atoll spam can and fearing tetanus.

The landscape is fine – mountains, desert, rivers, beaches. We have hiked in all those areas, particularly in the Columbia Gorge. The trees grow large and we have Douglas Fir and Red Cedar in our back yard. We are not in love with local or national politics.

Thinking of plots is the key to my writing, the rest is easy. Plots come from dreams, reading and the unconscious and cannot be forced. Some stories are 90% complete in my head before written, and some develop as they are written. My latest story is a bit of fluff about a “clairvoyant whose fake reading turns out terrifically for the main character. My enjoyment arises from a near absence of craft or expectation.

My favorite word is penultimate, which I eventually learned is fancy for next to last. Why does “pen” mean “next to”? In Uther Pendragon, father to King Arthur, “pen” means something like chief. Non-sequitur – The stories of King Arthur and Jesus are important parts of Western culture. The combination of fact and myth tells us a lot about ourselves.

Tough word to rhyme and I’m not a poet, except for an attempt to get into Trash Heap Zine, specializing in bad prose and poetry.

This curmudgeon has too many to list here. Language peeves include, but are not limited to, the current list of clichés and the egregious misuse of is where “Lying is where you don’t tell the truth”. I wrote “Stylesheet” and “Inpler” about my grievances. Miscellaneous – using a cell phone a foot from my ear where I can’t escape, passing on the right and most politics.

I believe we are all defined by a combination of experience, brain, and body. My short bios are sometimes as short as “Little old man” which explains the body. My brain had transient global amnesia three years ago and a neurologist showed me images of it like so much chopped ham. Not too bad, but it has a few holes. Experience – grew up in a fairly normal post-war family of four, spent many mostly unpleasant years getting math degrees, taught math at Morehouse College for four years, got married to now editor, musician and more, Sharon, became an actuary and there you are. Currently collecting music (blues, rock, big band), hiking, volunteering, snow shoeing and dabbling in writing.