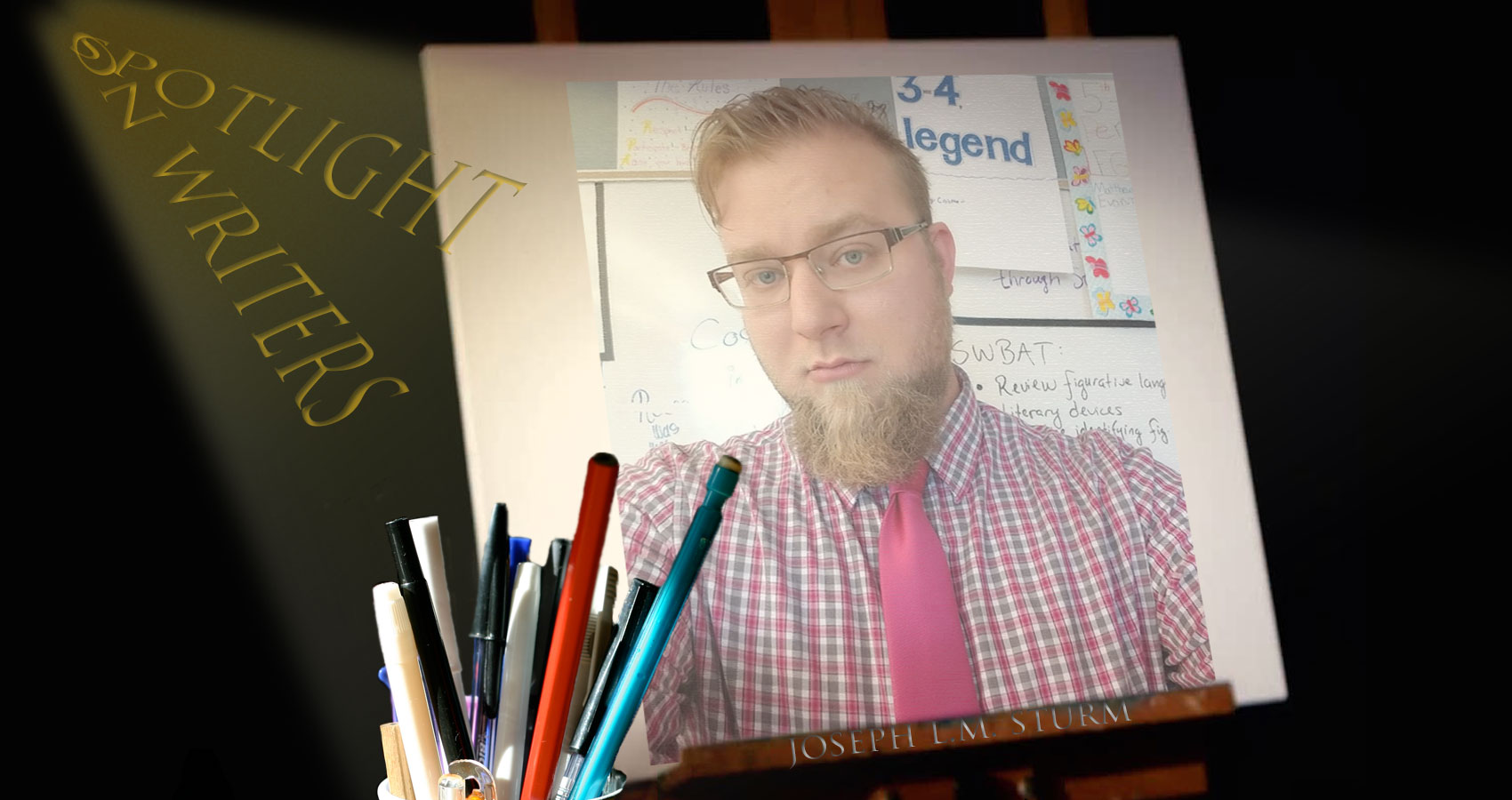 That’s a somewhat loaded question. I’m from a lot of places. I was born in California, but I grew up in various parts of Pennsylvania. Eventually, though, I arrived in Chambersburg, Pennsylvania. It’s a small town in a historic area of the United States. Gettysburg is close, and there are so many beautiful parts to the Appalachians.

Family. Growing up without a family for most of my childhood turned me to reading. I learned wisdom from a lot of authors, and it was cemented by my eventual adoption. While I certainly enjoy the concept of a beautiful home and land, I prefer the connotation of ‘home’ to include ‘family;’ family is the heart, the point, and the reason.

Music, unrest, and strong emotions. I have a playlist to assist in creating a tone I want. What really sparks a fire in my creativity is the controversial, political, and the horrid – those aspects of our world that create fear. I’ll do a bit of research to determine unbiased truth if at all possible. Perhaps part of it is the desire for positive change. In poetry, I often like to create snapshots of loaded emotions.

Specificity is an idea I value and one of my favorite words to say. It has its own rhythm and its own importance. After all, if you don’t say what you mean, then don’t say anything.

Willful ignorance. Those confronted with evidence and resulting truth; those who choose not to become better; those who choose to be a burden instead of an asset. This can come in many ways. I teach high school students, and I know a lot of people who are so lucky to get all of the help in the world and who, at the same time, just choose not to listen or care. What gets me even more is when these same people continue to expect others to deal with them, their issues, and their problems, especially when they are adults.

I’m all about helping anyone who needs or wants help. Students, friends, family, strangers (within reason). I’ll go out of my way to help. I just won’t do the same thing again and again and again…especially when it negatively affects others.

What defines anyone? Goals? Dreams? Actions? Words? The combination of all of these define me, but perhaps the resulting desire is more poignant. Who I am is my purpose, and my purpose is to create an intrinsic need for positivity. I had a rough childhood until I became adopted, but no one walks away from a rough childhood lightly. I was able to turn it around and become something. Not just for society, but I gave back. I volunteered countless hours teaching martial arts, hosted writing contests, developed a newspaper, hosted workshops, and became a teacher – all in a push for positivity. There’s more to it, but that’s the gist.

Joseph L.M. Sturm was born in La Mesa, California. He grew up in Pennsylvania and spent some years in foster care. A father, High School English Teacher, and Penn State Graduate, he spends most of his remaining time writing and hoping that he’ll make a positive difference.