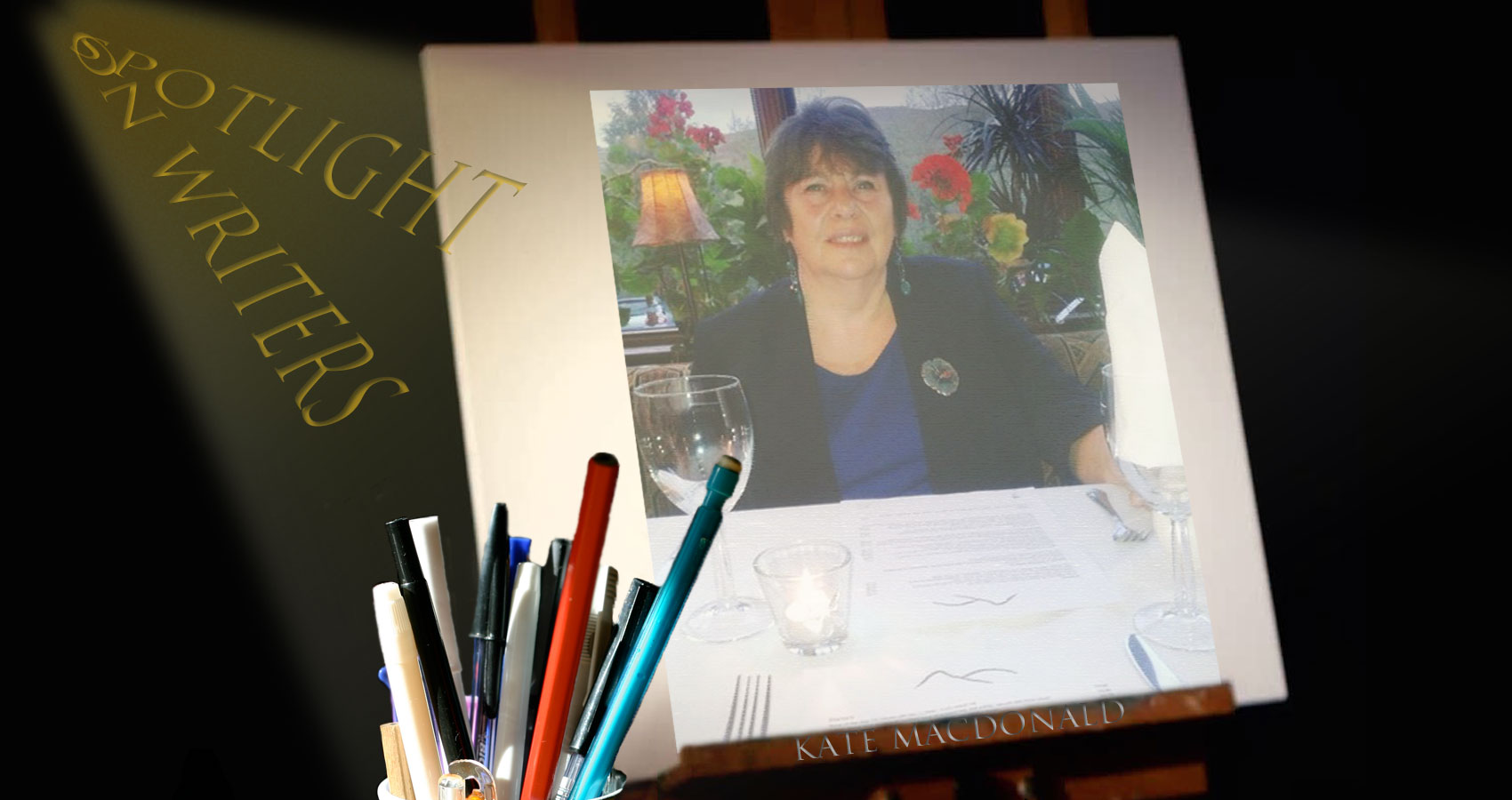 I was born in Edinburgh, Scotland. Rationing was still enforced, and my poor mother’s biggest worry was that she would still have a child’s Ration Book when I was born. All was well however, she became eighteen at the beginning of September, and I was born early in October.

My father joined the Navy shortly after I was born. The result of that was I didn’t know him as a father figure, he was simply a man who brought me nice presents every two or so years, then he was gone again.

He was given a shore based position at Fort St. Angelo on the island of Malta which was to last four years. My intrepid mum decided she was going to join him. It was the bravest and best thing she ever did. Never having been out of Scotland, in 1958, she took three youngsters and flew to Malta.

I finally settled down a few miles outside of my birthplace, Edinburgh, the capital city of Scotland. I am surrounded by trees, bushes and lots of grass. The air is pure, the water clear, birds sing and it is peaceful.

It was a perfect place to raise my children. We could cycle safely, and there was a horse riding school nearby. The other wonderful thing was there were very few cars. I have nothing against cars, but I decided on a 750 Suzuki bike with an enormous sidecar attached to it. This was my mode of transport for years when the girls were young.

When I started writing, I was self isolating because of Covid-19. I am an insomniac, so I only sleep for about two to three hours a night. My daytime hobbies were making dream catchers, macramé, and pin and string art. I soon found these were not enough to fill 22 hours. I found on Facebook a few wonderful writing groups. I also submitted my stories and poetry to online magazines. After a year or so of rejections, I finally found magazines that accepted my humour, fantasy and romantic stories and poetry. What lights my creative fire has changed over the last three years. At first I adopted a scattergun approach, get it written and out there. By joining writing groups, I found I could write to a prompt, which channelled, and reined in, my rat-in-a-trap mind, caused, in part, by lack of sleep.

My favorite word is Ethereal.

“My thoughts fragmented, lost in wonder,
are lightness itself, ethereal, opaque
floating free, then pulled asunder.”

It would have to be how difficult it is to receive an honest critique in a lot of online groups. I wanted, and still do, to be told where I had gone wrong, what I needed to improve on. This can be done in a kindly way. I think people don’t want to give their opinions if they are in any way negative, as that might result in hurt feelings and a negative return critique.

I would say mainly my sense of humour. It has gotten me into, and out off, a few tricky situations. I am an introvert, but weirdly, when with a group, I take great pleasure in making people laugh.

I am a Libran, so I also strive for balance in every aspect of my life. This is reflected in my home. Family members have moved my knickknacks around, then bet on how many seconds it would take me to notice. The latest winner had guessed ten seconds. The other problem I have is with making decisions, I simply vacillate, then ask someone else to decide.

Kate MacDonald is a retired septuagenarian who started to write just over sixteen months ago. She has many hobbies, but writing helps to fill an insomniac's dark quiet hours. She has had seventeen poems and six short stories published, online and in print: Chris Fielden's “Nonsensically Challenged,” for charity. High Shelf Press volume XXIII. WinglessDreamer. Spillwords Press. 805 Lit and Art. Funny Pearls. Little Old Lady Comedy. Dillydoun Review. The World of Myth Magazine.