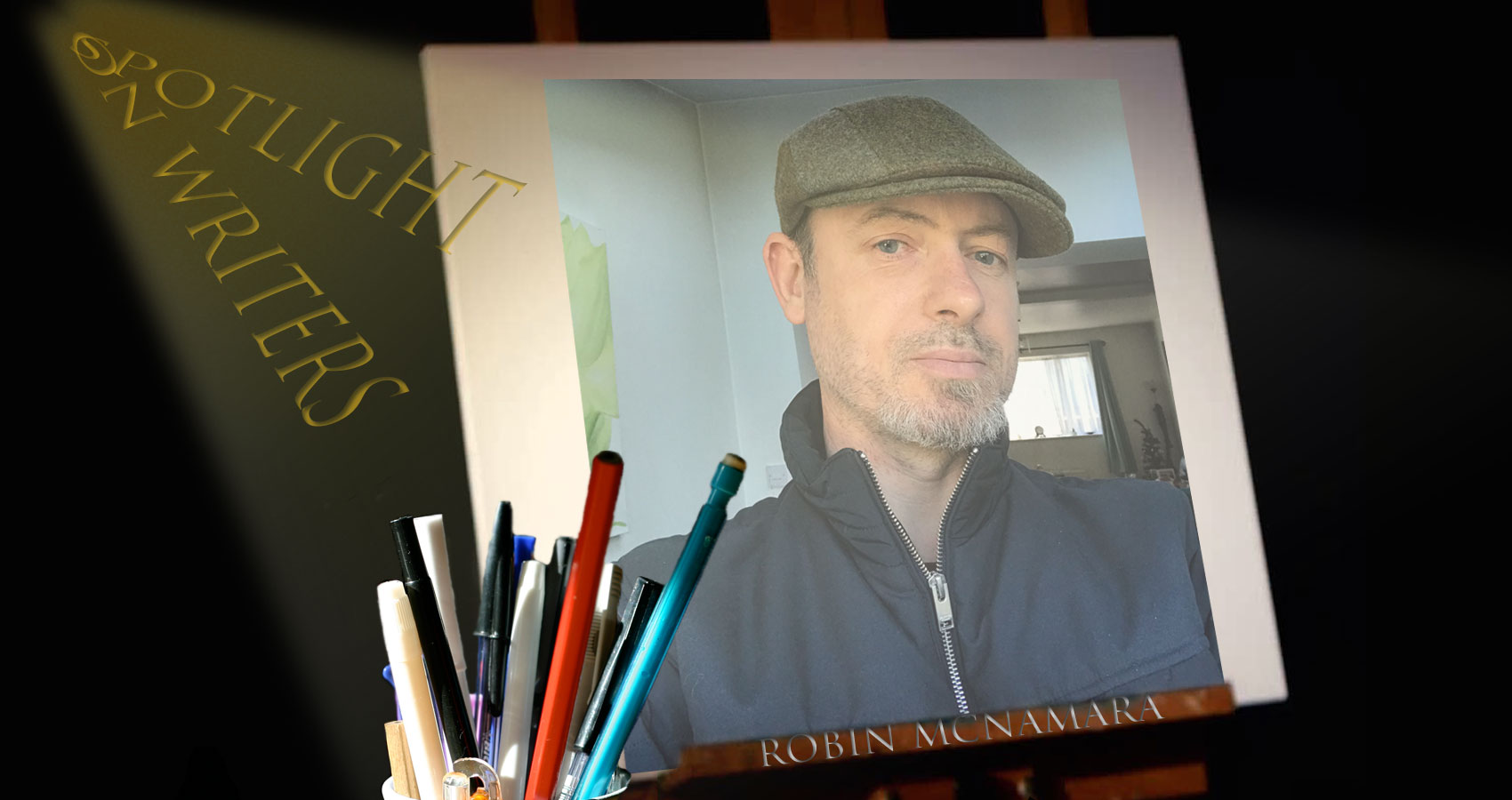 I’m from Waterford in Ireland, the home of Waterford Crystal. The birthplace of Thomas Francis Meagher who unveiled the Irish national flag for the first time in Waterford City in 1848. Ireland’s a country that has flaws and great beauty and its people and arts are more appreciated by the world than the Irish themselves. People like James Joyce had to exile himself and get Ulysses published in Paris in French before the world took notice.

What is home? How is home defined? What do people consider home? For some writers home is a library, where peace and solitude reign and the mind is at one in the surroundings of books that help inspire the creative mind. To others home isn’t where they were born, it’s the home they’ve created for themselves in another place be it another city, country or an imaginary world of fictional people and places in the form of writing. I guess the greatest thing about my current ‘home’ is that it’s filled with creativity.

The unexpected.
The unexplained.
The unknown.
The unexplored.
The Muse.
The wisps of words and thoughts floating around in the subconscious that you try to catch and create poetry from.

I don’t particularly have a favourite word. I have a favourite theme, nature. I write some poems with a reference to nature. There’s so much scope in writing about Mother Nature, the wind, rain, sun, moon, storms, etc. The weather is my inspiration I’m always talking about it! It drives people mad!
As we’re an island we constantly get changing weather. This year alone we’ve had red weather alert for snow blizzards, extreme wind storm alerts, and heatwaves. This is unprecedented to get this kind of extreme weather in one calendar year. How can you not be inspired to write by nature!
The changing seasons are my biggest inspiration particularly Autumn time.

Ignorance, ill manners and lack of humility in a person are pet peeves of mine and inefficient politicians who fail to deliver promises to solve problems once in power having been elected by us the people is also something that rankles me. Both here in Ireland and the United States the politicians of this current time are inept and fail to listen to the people’s voice and concerns. In Ireland the Irish Government are in denial about the Homeless crisis, the housing crisis, the hospital bed shortages. Our transport infrastructure is third world.
The current Administration in the United States really is an appalling state of affairs. This is a bad time in American history for the people of America and the world. Donald Trump is ill equipped to be a leader of the Free World.

Take me as I am. I think a lot I analyse a lot, overthinking is something I do quite often. I like to try take the time to sit back and enjoy a moment. Appreciate things like a film, a piece of art, a quote from a poem. I’ve recently made some changes in my life and the results have made me see life differently. I slow down a bit and sit back to enjoy life more. I’m just a simple wordsmith who is humbled when people appreciate anything I write. I write for the everyday people to show them, “look you too can write!”