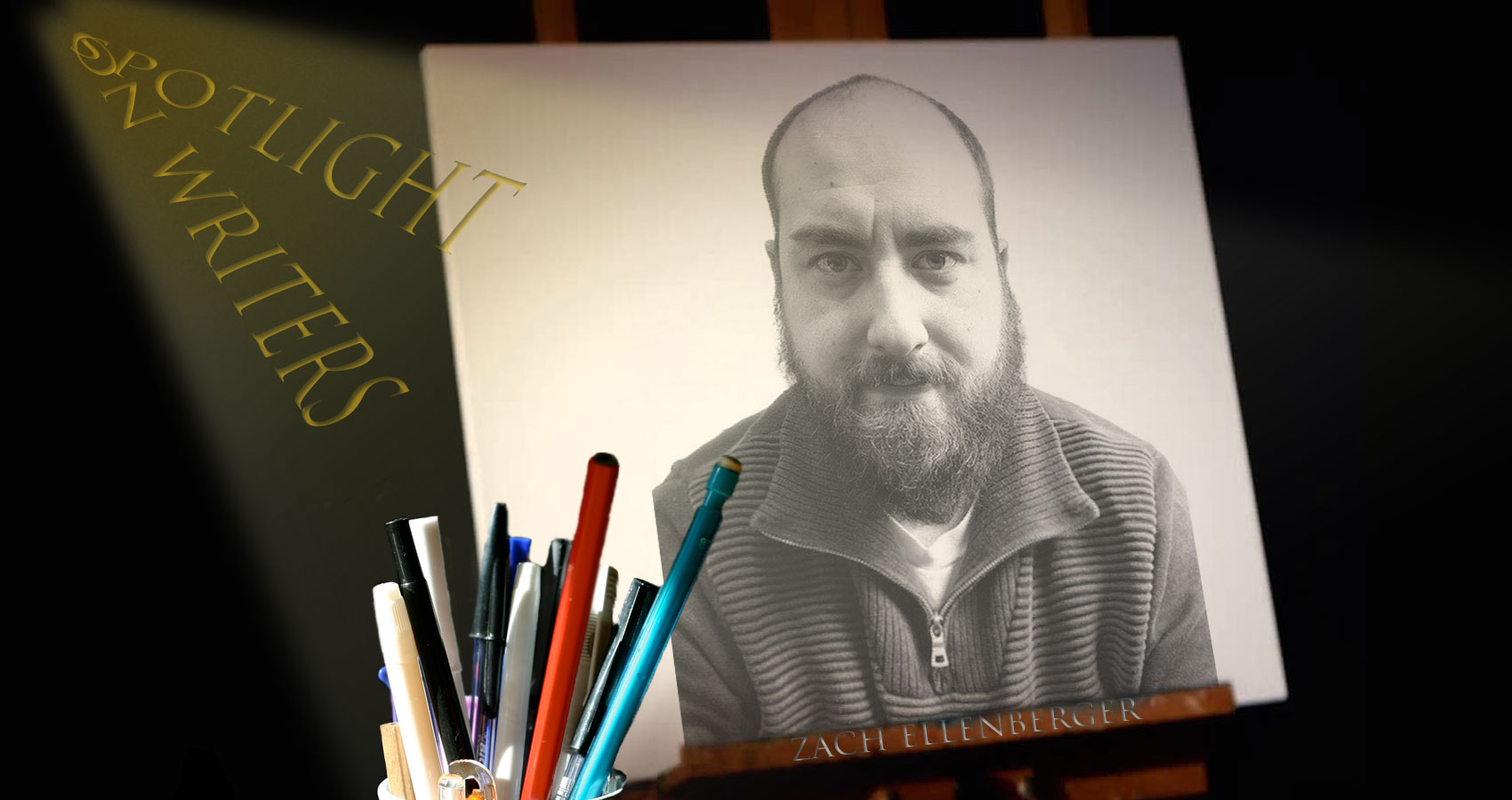 I hail from Chicago, but was born and raised in Pittsburgh, Pennsylvania, where I spent my formative years writing comic strips and short stories in addition to performing as a musician with various bands and recording several albums. I’ve lived in Chicago just over six years now where I first met my wife, Hilja, and it has been my home ever since. We now have a two-year old daughter and are awaiting the birth of our son next month.

The greatest thing about Chicago is that there is no shortage of good food here! If you find yourself to be a venturous eater, Chicago is the place to try all types of different cuisines. From the smallest of eateries to five-star restaurants under the direction of award-winning chefs, Chicago has made a name for itself in the restaurant industry. I sometimes wonder how I’ve not become a food blogger.

If I had to boil it down to one element, I think history in general really triggers my creativity the most. In my mind, the greatest stories come from human history which makes it the best storyteller. There exists an endless well of creative inspiration within history that I believe gives it a particular versatility when it comes to storytelling. As someone who’s also inspired by watching movies, I often hear the argument in regard to film that Hollywood is running dry of new material to release and every time I think to myself, “look to history.” There’s plenty of storytelling material to keep us entertained for another generation or so. My interest in history compelled me to start a history blog called “History Never Forgets,” highlighting moments and figures in history that hold an interesting story to tell.

Believe it or not, this is a rather difficult question to answer. My choice of favorite words can be attributed to either the word’s definition or simply just the physical nature of the word as it rolls off the tongue. That being said, I’m going to have to give the gold to gobsmacked. It has the perfect balance of physicality and definition that still makes me giggle like a little school boy. And in this day and age, there is plenty going on in the world that would leave us all a bit gobsmacked.

The breadth of human ignorance has left me utterly gobsmacked.

One of my greatest pet peeves is people speaking over one another, more specifically as an argumentative tactic. I can feel my blood boil when people intentionally interrupt and speak over others as a way to “win” a conversation or debate. I believe people to be capable enough to engage in civilized conversation with someone that may have different view than their own and not be triggered by it. It’s a sign of respect that speaks volumes and I find myself having little patience for anyone who abuses it.

Creative expression is a large part of who I am and how I define myself, be it through music or writing. It’s the one true element that sets us apart from one another as individuals. I’m hesitant to identify myself as an individual, but rather a small part of something much greater; not so much in a spiritual sense, more so in a sense of community. I also feel that I am defined by a sense of purpose which I get from my family. They have given me direction in life and provided me that sense of purpose that keeps me going.