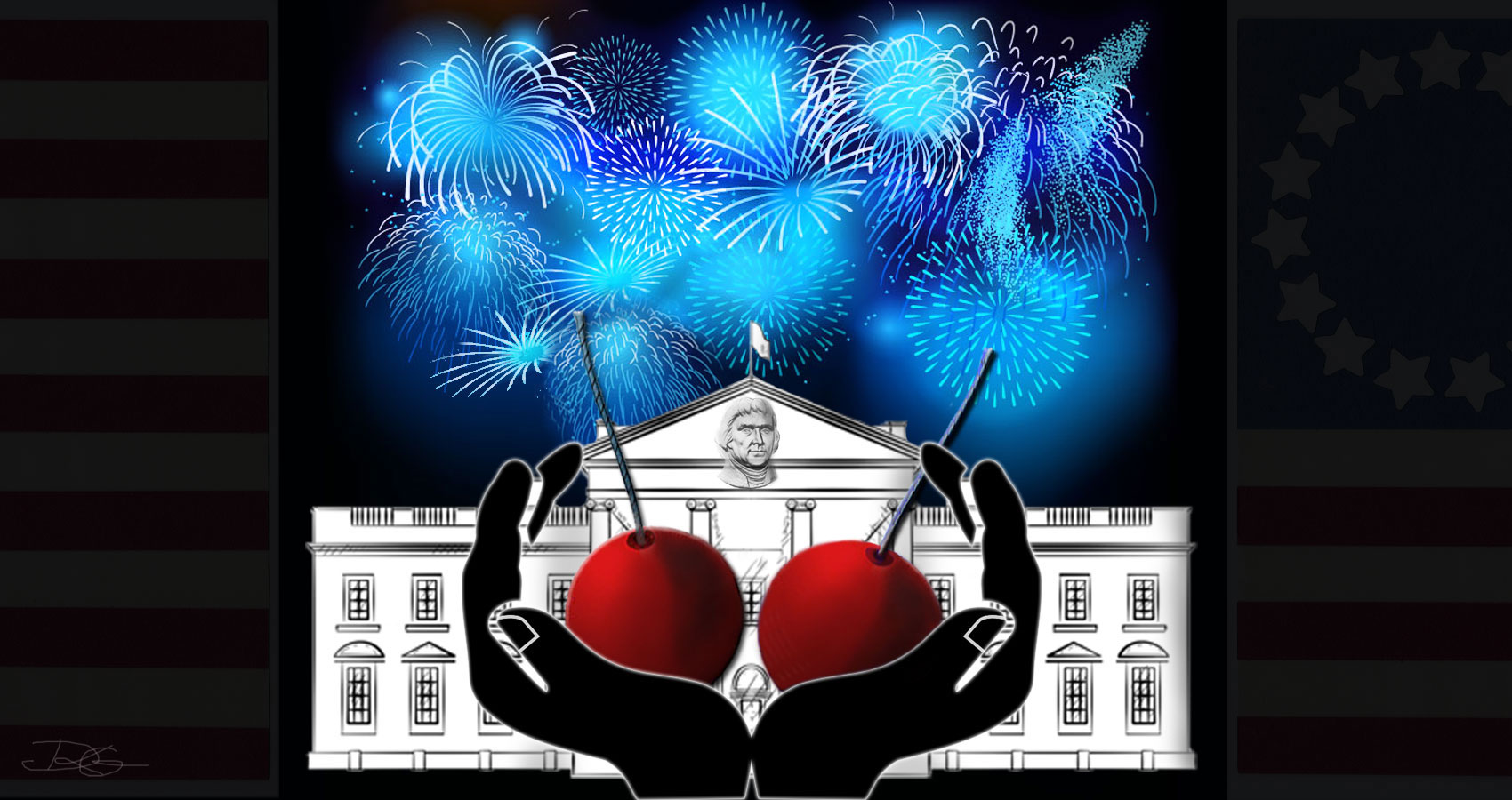 Spurned For The USA

Spurned For The USA

Who had Jefferson by the balls
when of liberty he first did scrawl?
Was it Adam’s and colonies south
Or were they tight in Sally’s mouth?

Tom’s wording so politically made
to wed colonies the cost: slavery
laid.

In an unhappy bed.
Or not.

On that Fourth of July
bright fireworks break the sky.

Thirteen sparks bang, ignite
as one against dusk’s blue.
Tom makes nation,
on night
that
Sally wept for you.

First draft of declaration penned mostly by TJ is more florid and includes clause on abolishing slavery that is absent in the final version.

George iii would not have demanded levy on the colonies if he had not emptied his coffers in the European wars.

crack of the quip

I have poetry and stories in "Not Enough To Quit" by Modern Writers published by ATLA Publishing, and a children's poem in "Un-Turn This Stone: short stories for children" by Aviva Treger et al.

Latest posts by MR.QUIPTY (see all)