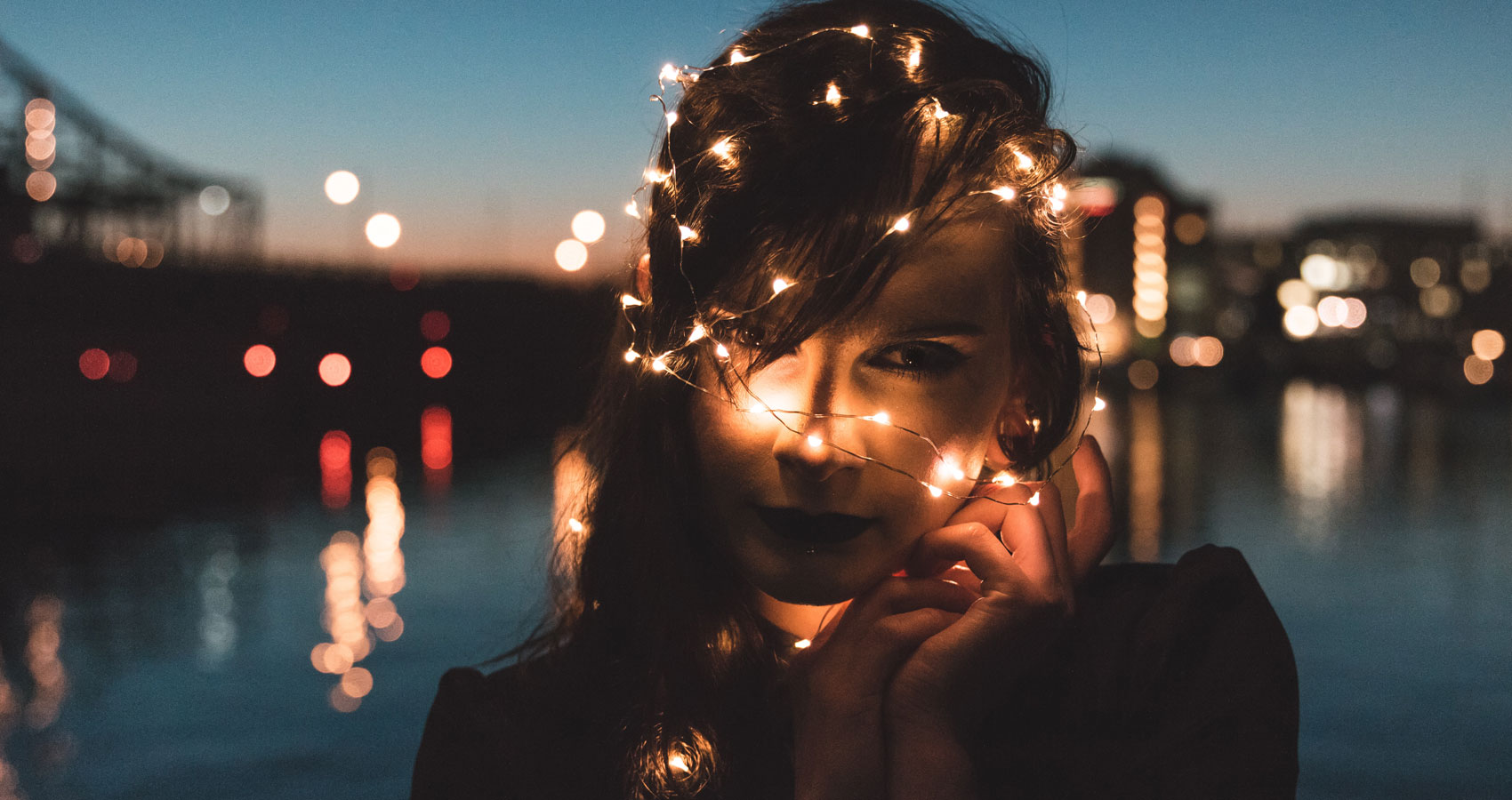 Stars In His Eyes

Stars In His Eyes

Starry cloudless night on a silent moonless sky,
To the brightest that outshines the rest,
Are you the biggest planet in the universe?
Your brightness leaves me mesmerized
I cannot deny I was enthralled by your light
So fascinating to see you shimmer up there

Tell me, Jupiter, if you rule the vastness there,
If the same man I love also stares at you in the sky,
Is he gazing, and lost too, at the brightest light?
‘Wonder if he, too, is thinking deeply just like the rest
Either way, he allowed himself to be mesmerized
Ah, if only I could spend this night with him in the universe

Could there be something true in the parallel universe,
Perchance, I would be glad to switch a place there
Honey, if I were a star, will you be mesmerized?
Like how am I attached to the stars in the sky,
Or, I would only shine no better than the rest
Not sparkling so bright for a different light

Jupiter, spare to me the secrets of your light,
Do the many moons you have reign the universe?
Oh, what about Saturn, Neptune, and the rest?
But, their glistening lights aren’t yet placed up there
They seemed to be farther still away from the sky
Nowhere for me, indeed, to be mesmerized

Oh, to his twinkling eyes, I was more mesmerized
His windows hold such the most beautiful light
No star, to their loveliness, could be compared from the sky
For I seem to be looking straight to the universe
When he speaks to mine, ’twas filled with emotions there
Such glances I would never desire from the rest

When the moon in sidereal Capricorn from a long rest
Slowly moves in Aquarius, the earth was mesmerized
So that Luna was late when I was there
And, her phase, different was the color of her light
Yet, all of these wonders belong to the universe
Like how he, whom that I love, is as far as the sky

Too late does the light of Luna shone through the sky
‘Would have been mesmerized when it came early there
But I need to rest whilst it is awake the universe.

I was born in Cebu City, was raised in the municipality of Argao, and write under the Pseudonym 'Lei Writses'. The pen name should be 'Lei Writes', or 'Lei Scrittore' (which means 'She Writes') as I love the language Italian, but due to some typographical errors, I mistakenly typed 'Writses' instead of Writes. Soon enough, I started to love how it rolls in my tongue and that's how the history was made. Some people who graduated from secondary school have two options: to proceed to college or work to earn; I have three, and I chose to stay at home and write poems. I have been composing poems for nine years, starting from when I was ten years old. But, all of the poems I wrote then were washed off during the Hurricane Haiyan. Now, I have been able to compose 200 sonnets for 200 days straight, and am still working on another 165 to complete a promise to myself. I also wrote a number of short stories, villaneles, sestinas, and many other forms of poetry. Poetry, to me, is not just a hobby. It is by far the greatest love of my life, and I am more than happy to share my love for it with everyone, and inspire people from all walks of life.