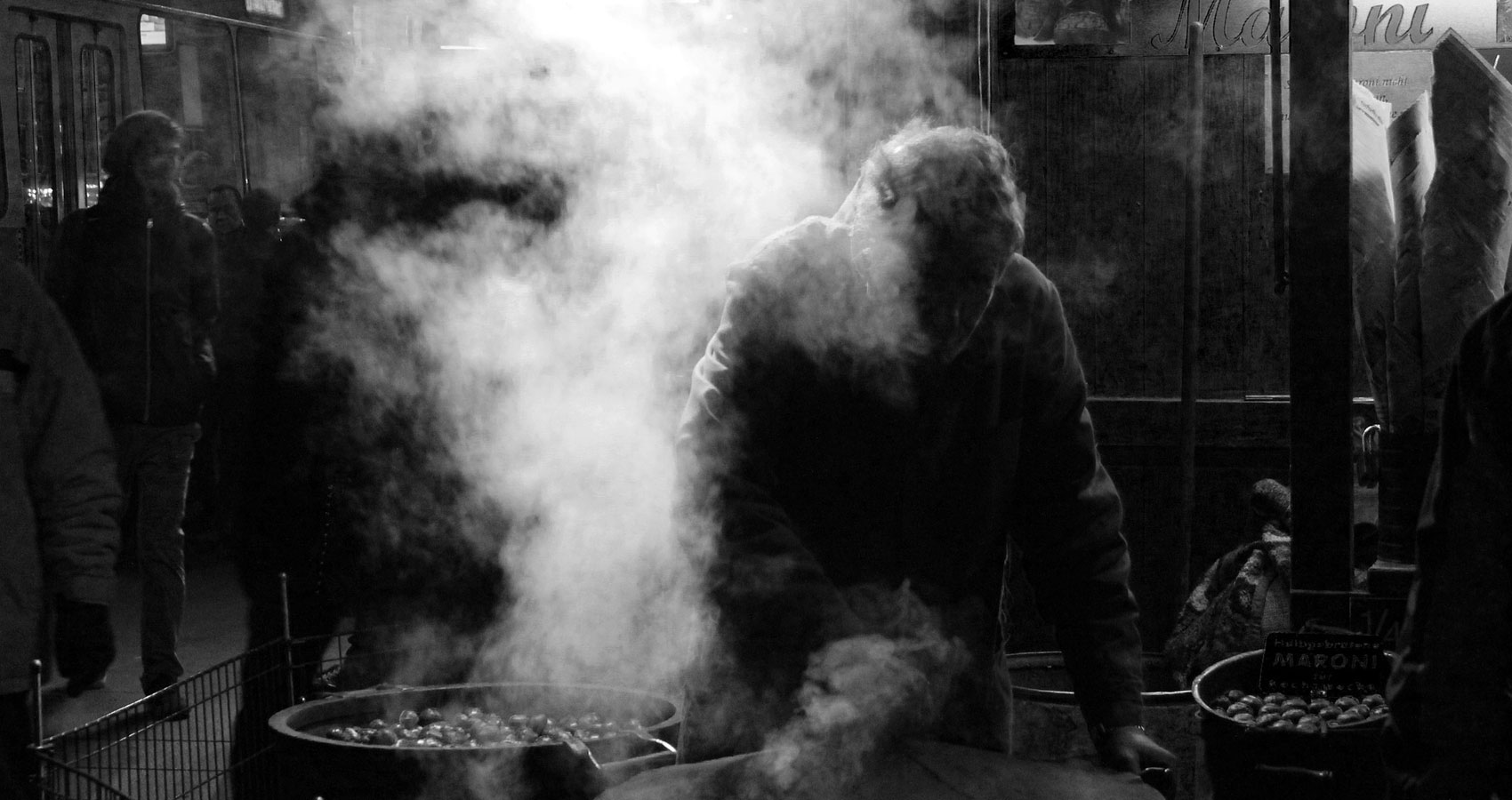 last call, what an ugly phrase; it means
go back out there in the filthy streets, crawl back into
whatever hellhole you came from. come back in the morning.

and we are all back; once you’re out of the dive,
out of the smoky air, the stench of spilled beer and dried up piss,

the world’s grip is around your neck again.
nothing makes sense. all the rejection slips,
form letters from agents, publishers, and HR robots.

the streets are filled with prowling werewolves, with dancing banshees.

you step out of the ring and into the pits of green fire, with nothing

to go to. empty home, devoid of life rooms, oxygenless environments
like you’re a chimp in space.

yet, come morning, and after you shove a couple of robots shambling to
the subway station away, you re-enter the dive. morning bartender smirks,

pours you a cold one. even when it’s green, you grin.

your neck’s free, you draw a breath.

the three agents that told you thank you for considering me, it’s not for me,
good luck are blind morons that only seek for fifty shades of color
and inspirational tales of overcoming mental health problems.

you’re just a madman, the kind of wolf that loathes his gang.

the beer will never get warm if you swill it down fast enough,
someone will pay for another round; when you have a free rotgut in front of you,

you don’t care that the Man has deemed your words unworthy.
you take another cocktail napkin and scribble on it,

fancying yourself another great Drunkard, like those of a past
many wished had never been.