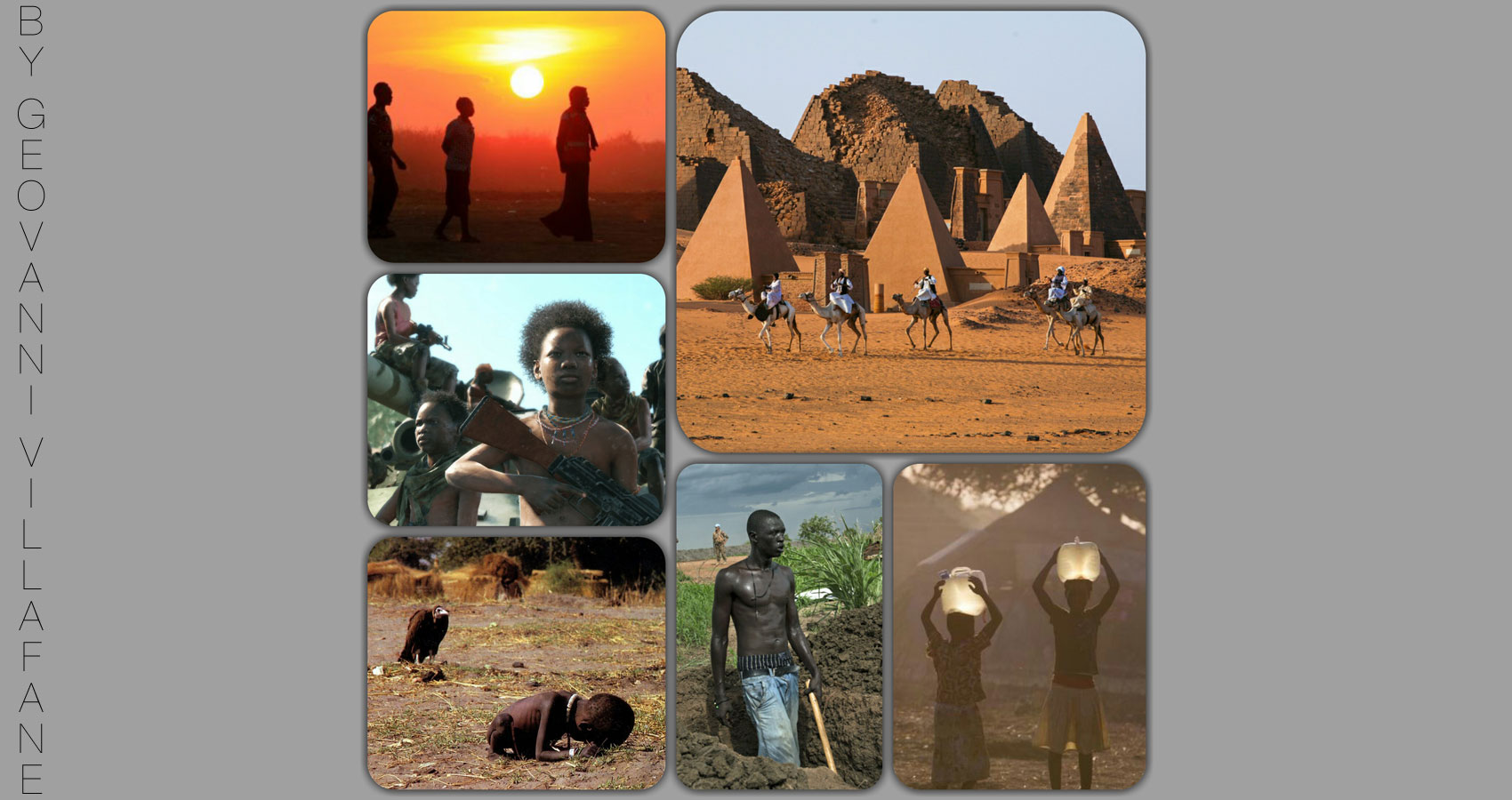 Sudan For The Everyman

Sudan For The Everyman

Famines of today as to that of the past. Simple questions that have yet to be asked for those in the Sudan, who want to be acknowledged at last. It’s more than a word, it’s how we’re able to advance, to be the better man. Many starving in a nation of desert and sand, like many others accumulating. Life’s led by heat from the blasts, drought, and civil war to where it’s all culminating to an undetermined end. Becoming a last ditch effort to take from the Sudan Nation by the greediest of men. Worst Case scenarios are reaching an extreme intensity. While outside eyes seek to speak on the hypocrisy. Seldom do we realize while going through our day to day lives. Some people are on a venture, just to survive. Neglecting our better sense in mind to see what’s lying right inside. Now I’m going to take a minute to ask, have you ever thought about how many miles carrying five gallons of water on hot day, is a task? If we as a selfish nation, could even come to imagine, how many water filters we seem to use, to expand our clean water fixation. While others spend hours carrying it over desolate complications. I’m not happy to think of the misdirected determination, that my people come to have no reservations. In supplying ourselves with the best the worlds got to feed our gluttonous, and the less fortunate are expanding out their empty hands. In hopes we might take more than a couple of seconds to say this can’t continue to be a habit to pass. So holler with me for a method, that when tagged, will bring more than an effort. We’ll be a significant credit to being more involved and the best at it, with a full on grasp. Maybe saying this can’t be accepted isn’t enough at last. Not to mention the violence kids are forced to commit, with guns weighing heavier than them. Discriminated for the darkness of their skin and burying their own dead. Just hoping for the day they can enjoy a beautiful sunset!

Third Installment of the Series Lack of Society