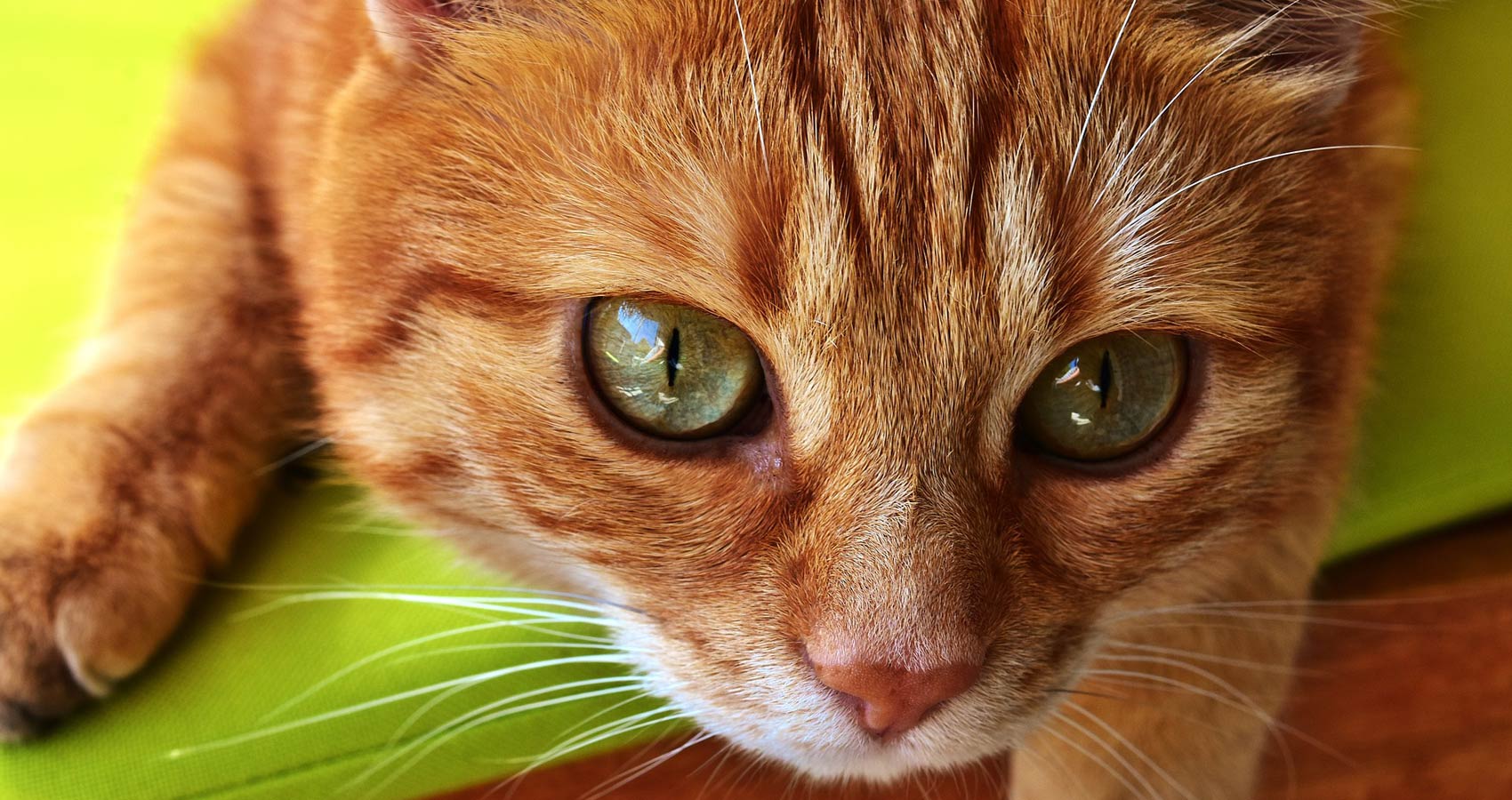 There. By the door.

Pumpkin crouched low on her tiny haunches, her ears perked, tail curled, and pupils going as wide as saucers.

There were a lot of the Bad Things today. Pumpkin hated them. They looked like Hannah, but they were small, with bulging eyes, spindly legs, pointy noses, and heads almost as big as their bodies. They were horrible, and they were on her territory.

She’d been trying to catch one for a while now, ever since Hannah started saying how much she was growing and what a pretty kitty she was becoming. Pumpkin had never caught one of the Bad Things though; they usually disappeared under her paws, like the wiggle-dots that Hannah made on the other side of the room with her hands. They looked like something she could catch but they would disappear just when she thought she had them.

Pumpkin wiggled her tawny haunches, testing her balance. She lunged forward, trapping the Bad Thing under her paws.

She sauntered back to her food bowl, eating a few pieces of crunchy food that tasted vaguely of tuna but was mostly flavorless.

Hannah had much better food, but she never shared. Selfish.

A few sips of water to wash the food down, then… well, what? Nothing to chase. The house was quiet.

Pumpkin scampered up the stairs, then padded into the bedroom.

She used to need Hannah’s help to get up on the bed but now it was easy. A quick hop.

Hannah, still asleep, stirred a little. “Hey Pumpkin,” she mumbled, rolling over and going back to sleep.

Pumpkin found a sunny spot where the light from a nearby window shone down onto the dark red and black comforter and curled up, tucking her nose under her foreleg.

She lay there for a while, nodding off, losing track of time. The sun felt lovely on her fur, like a warm weightless blanket. A dog barked, and Pumpkin sat up for a moment, stretching, yawning, then lying back down as the silly dog kept barking. She’d heard the same dog a few times now; its territory wasn’t far from hers, though it never came here.

Then there was a familiar cold, unpleasant tingle along Pumpkin’s spine. She could feel her tail start to fluff all on its own.

There. Sitting right on Hannah. It rolled its bug eyes at Pumpkin, sticking out its long, hateful tongue and giving a chattering laugh, daring her to do anything as it began to attack Hannah.

Pumpkin pounced, landing hard on Hannah. She cried out in pain, and Pumpkin ran across the room, hopping up on a cedar chest by the window and fluffing her tail.

Pumpkin’s vision went red. A sense of mortal dread coursed through her.

DO YOU KNOW WHO I AM? YOU IDIOT. YOUR BODY BELONGS TO ME NOW!

The voice growled in her head using words like Hannah used. She barely understood any of it, but she knew it was bad.

Pumpkin saw every bad thing that had ever happened throughout her short life. She saw things that hadn’t happened yet, terrible things happening to Hannah, the house burning, the man in the white coat poking her with needles over and over.

Then Pumpkin saw Hannah running toward her. She panicked and ran around the room, leaping from the nightstand to the bed to a bookshelf next to Hannah’s desk, knocking things over left and right as she tore through the room. She ran downstairs, cowering under the couch.

SHE KNOWS I LIVE INSIDE YOU NOW. SHE’S COMING TO KILL YOU.

Who was taunting her? Pumpkin’s heart raced. Her stomach heaved.

Pumpkin’s nerves gave from the vertigo and the shrieking in her head. She threw up.

The redness was gone from her vision. The terror was gone. The growling voice too.

From beneath the couch she could see the Bad Things all running away, in all directions. Hundreds of them rose out of the floor, from out of the walls, from behind furniture and around every corner. They vanished through the exterior walls of the house, fleeing in terror.

Pumpkin heard footsteps coming downstairs and getting closer. Hannah’s feet came into view, then her knees, then her face as she lifted the skirt around the bottom of the sofa.

“There you are!” she said with a look of relief that quickly turned to one of disgust.

Cats, especially kittens, love pouncing at nothing… or seemingly nothing. Maybe that’s why, since ancient times, they were believed to chase evil spirits away. Pumpkin is very much based on my cat, Venus though the story also takes some inspiration from Philip K. Dick’s “Roog.”

What Rose LaCroix lacks in recognition, she makes up for in versatility and staying power. Her first published novel, "Basecraft Cirrostratus," has been in print for almost 11 years. She writes both fiction and nonfiction, speculative and historical. Some of her medieval history research has been published on Britannica.