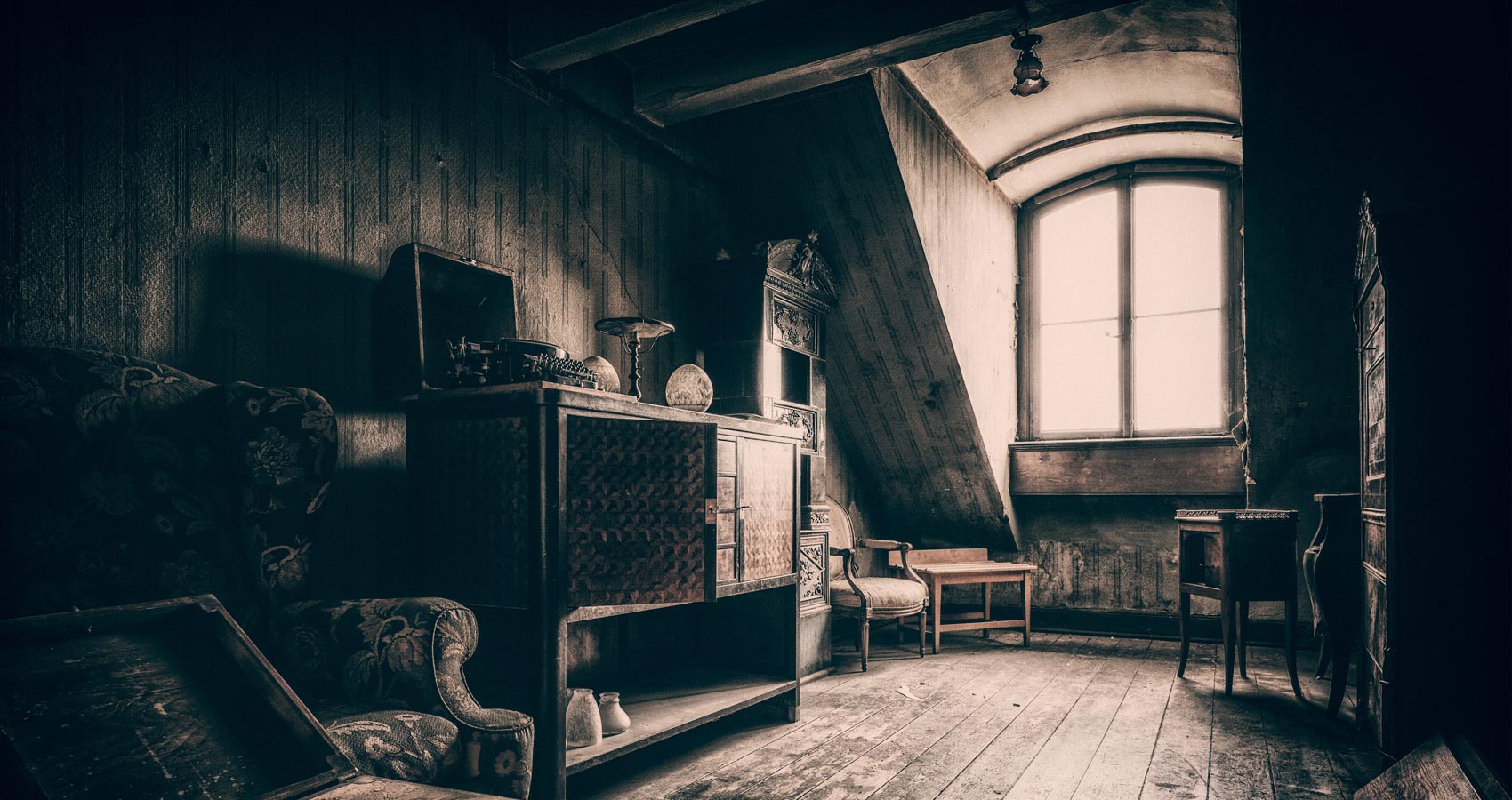 The Box in The Attic

The Box in The Attic

Up the stairs it went, struggling on the 3rd and then the 4th but he managed to get it to the top. The ugly old man managed to push the huge box up the stairs to the attic. The box appeared to breathe a sigh of relief when it was finally pushed into its resting place.

Jonathan was watching the old man through the tiny crack in his door, his heart was racing. What was in that box? He didn’t want his grandad to know he was watching, and even though he tried not to make a sound he was sure everyone could hear his heartbeat.

His mind was full of possibilities. A dead body? The Grinch that hated Christmas? Or could it possibly be his Christmas presents? Jonathan wanted to find out what was settling in the box in the attic, but he was torn because he knew he wasn’t allowed in the attic.

Jonathan backed away from the door when he realised the old man was coming down the stairs and getting closer to his door. He jumped onto his bed and pretended he was reading when the door was flung open.

He looked up at his Grandad, with eyes that would melt anyone.

“Are you ok grandad?”

“Yeah son. I thought I may have woken you.”

Jonathan could tell his grandad was not really buying that story, but he didn’t question it.

The old man shook his head and warned Jonathan not to go into the attic. “Don’t go up into the attic. I have some special things up there and they are not toys to be played with.”

“Yes, Grandad, I won’t go up there.” He acknowledged his grandad, but his fingers were crossed behind his back because in his mind he knew he would break his promise. He really wanted to know what was in the box in the attic.

Grandad went downstairs and Jonathan sat waiting, he knew his grandad was about to go out like he did every other day. And he knew his mum was sewing in the basement which would give him a few moments to check out the attic. Jonathan sat patiently waiting and looked at his book without reading it.

Finally, the front door closed, he heard the car door open and then close, the engine started and spluttered like it normally does and grandad drove away. His heart was beating as he prepared to make his way to the attic. He closed his book and opened the bedroom door and tiptoed ever so quietly towards the attic and started climbing the stairs.

One stair at a time, he climbed the stairs mindful of the creaks as he put one foot after the other … it seemed to take forever. He was huffing and puffing by the time he reached the top and stood in from of the huge wooden door that led into the attic.

Slowly he opened the door and peered in. The moon was shining in the window onto the box, and he was certain he saw it move. Wait… it was breathing, the box was moving with every breath Jonathan took.

Jonathan inhaled and held his breath watching the box… it did the same or so he thought? He could back away and run back to his room but instead he carefully walked over to it, not taking his eyes off it. He reached out and touched it and quickly grabbed his hand back when the box quivered under his touch.

He pulled his hand back and waited a few moments before reaching out again. Again, it quivered under his touch. He kept his hand there and breathed deep breaths, in and out slowly. Each time the boxed appeared to breath with him. Jonathan wanted to run but he was desperate to find out what was going on, he wanted to know what was in the box.

He felt around the box looking for a way to open it. He felt all the sides and even looked for ways of unpacking it like a real parcel, but he couldn’t find any seals. How did it stay closed?

In frustration he hit the top of the box and the lid popped open. The box appeared to sigh in relief but then he realised it was him that had sighed deeply. He felt his heart beating hard and fast, looked down and was so sure he could see his heart beating in his chest. Shaking he stood close to the box, looked in and as quick as he looked, he grabbed the lid and closed it as fast as he could and ran back to his room.

Jonathan sat on the bed, trying not to freak out. There really was nothing in the box. How could it breathe, how could it quiver? The box was empty!

He heard a commotion downstairs and realised that he hadn’t been alone for some time. He could hear his granddad running up the stairs and his door flung open. “Jonathan, what have you done?”

“Nothing grandad, nothing. I didn’t do anything.”

“But you went up to the attic? What were you doing in there?”

“Grandad, I’m so sorry, I just wanted to see what was in the box… but there was nothing in it!”

“Really Jonathan? You found nothing in the box?”

Jonathan nodded… “that’s right grandad… There was nothing in there. But how is that possible when I felt it move?”

And he left it at that…

I have always loved to read and often I wished I had more time to just sit with a good book, a cuppa or a glass of wine and read the time away. One of favourite authors would have to be Stephen King, and Jodi Picoult was another favourite (My Sister's Keeper). Instead, I found myself wishing I could write more and work less so I ended up combining the two; creating websites and writing articles and stories for clients. One of those projects was as a Ghost Writer for a single mother in the USA. In my younger years I was a bookbinder guillotine operator by trade and worked in a man's industry for many years. I particularly loved working with leather bound books and working at the National Library in Sydney NSW. Now I love to write my own stories and bind my own books. In 2021 I participated in a 50,000 word challenge which was a great experience and am currently in the process of finishing that novel ready for editing. I have several short pieces written but haven't been game to publish them but I will one day. With the help of friends, their support and encouragement, I am plotting a horror novel with a twist and nutting out a devilish serial killer novel. I am looking forward to developing my creative side and enjoy the research and challenges along the way.