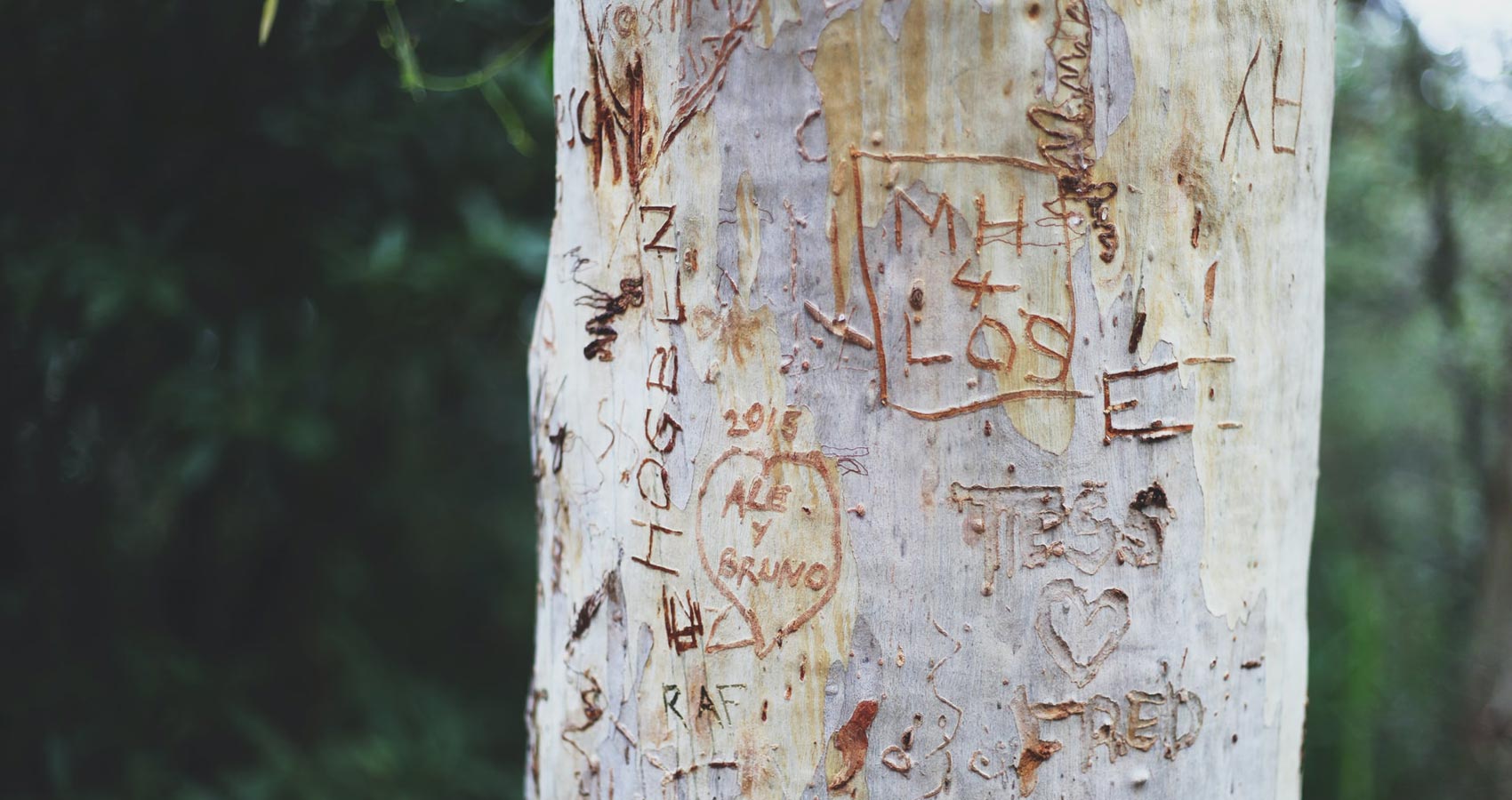 The Cape May Carving Tree

The Cape May Carving Tree

On a recent trip to Cape May, NJ, I needed a few moments to get out of the sun. It was a very hot and humid day, and the shade from three nearby trees was literally calling my name. As I stood beneath the center tree, I noticed there were about 3 dozen assorted carvings. Some were the usual, “MJ loves TR,” type of carvings, but others were simply single letters. I wondered if that meant those people had not found true love just yet.

I must also confess that I had no idea what kind of trees they were. Unless I see a palm tree, a Christmas tree or a tree with an apple on it, I’m stumped (pun intended!). My wife is an expert in all things pertaining to gardens and nature, so when I asked her if she knew what they were, and without any hesitation at all she replied, “crepe myrtles.”

According to Southern Living Magazine, “the crepe myrtles are among the most satisfactory of plants for the South: showy summer flowers, attractive bark, and (in many cases) brilliant fall color make them year-round garden performers.”

It made no mention of how many of these trees around the country find themselves on the receiving end of a pocket knife, with cryptic messages that are obviously important to the person doing the carving. I wondered who was the first person who had the idea to carve initials or symbols on a tree?

Researchers have been studying tree carvings, also known as “arborglyphs,” to understand people, traditions and cultures. One thing that was determined is the lifespan of any messages carved in a tree is at the mercy of the lifespan of that tree. When the tree dies, so do the messages.

In my research on the topic of tree carvings, I came across The New Forest project in the U.K. Apparently, The New Forest was designated a national park in 2005 to “protect and preserve it for the nation to enjoy for generations to come,” according to their website. They even created a database that they can search to learn more about the dates, pictures, poems and royal marks that can be found through the trees in that special forest.

The “King’s Mark,” a broad arrow head, is among the most common tree carvings and was used to identify trees reserved for building Royal Navy ships. There are also plenty of trees with concentric circles, commonly known as “witch marks,” which were carved into trees to keep away evil spirits. And during the Second World War, U.S. Servicemen who were stationed at the nearby airfield RAF Stoney Cross were known to have carved their initials and dates of service.

Horticultural experts caution against carving into trees because of the damage it can cause. But apparently that message falls on deaf ears, because I suspect people will continue to carve their messages for years to come. Although I am certain social media has cut back on the practice. After all, isn’t it easier to pull out your smartphone and confess your love to your significant other on Facebook or Instagram than using a pocket knife?

I am the author of 35 books and have worked as a ghostwriter on numerous projects. My byline has appeared in major publications all across the U.S., and I have written articles for over 300 websites. Since 1996 I have been working out of my home office in Delaware as a full time freelance writer, author, ghostwriter and donut eater.