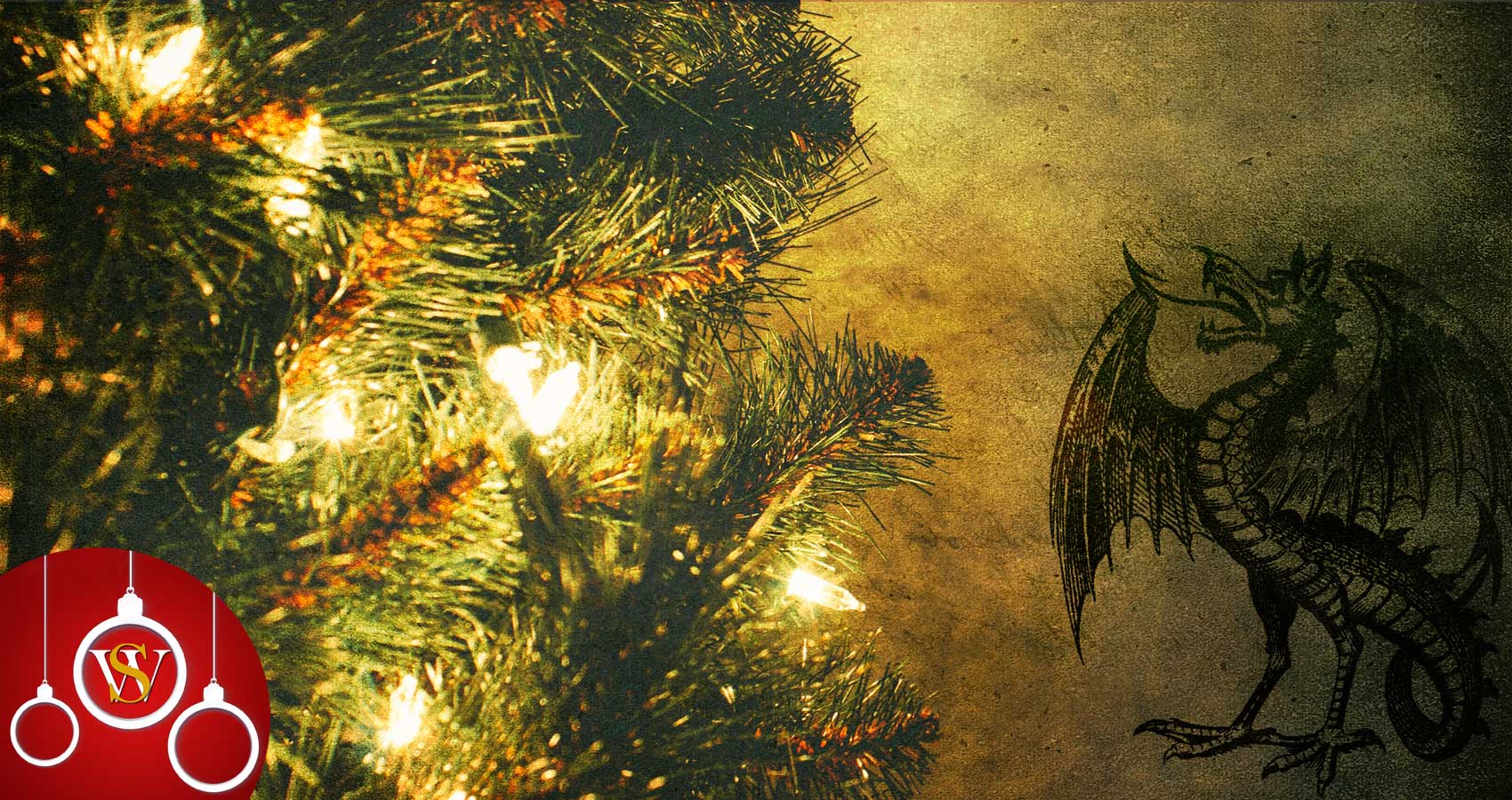 The little dragon was one of the few of his kind left in the United Kingdom. He’d been brought to England by ancient travellers and now lived alone, hidden in a dark cave near the river. He protected himself from the summer sun but occasionally peeped out enviously to watch wayfarers and sailors on the water.
When winter came most of the river visitors disappeared and the birds went early to their nests. He would search the sky for salmon pink sunsets and know it was nearly time. The lonely dragon lit fires in his cave and swallowed the flames – his lazy summer throat needed to be tempered for the winter activity when he’d undertake his annual challenge. He just needed to find a new household worthy of his entertainment.
It was his hundredth year on earth, and he knew he mustn’t let himself down. He stretched his muscles and toned his wings which had withered in the long summer months of isolation. He did his research, longing to spread goodwill to those who deserved it, performing little fire dances in anticipation. His excitement grew as he waited for the day when he would make an appearance.
On Christmas Eve the furnace within him roared, ready for this year’s fun. Midnight approached and the chosen family were all at Mass in the beautiful church on the village square. He wriggled his way out of his cosy cave, gently expanded his chest and wafted his wings. Glowing with strength he glided cautiously between the gas lamps in the streets, before finding the shabby little house. The doors were locked so he slipped around the walls until he found a crack near the rickety back door. An oil lamp flickered inside and he could see the crack was just wide enough for him to squeeze his flexible form though.
He heard footsteps approach and as the front door creaked open he breathed in and blew towards a dull little Christmas tree standing in one corner with no presents beneath it. His breath created miraculous lights like fireflies on the tips of the branches. Candles on the mantlepiece suddenly sparkled with multicoloured flames. The family gasped at the sight.
The dragon’s gift of joy spread through the house like a sprinkling of Christmas dust. Mother picked up the flute she often played whenever Father was out mending the neighbours’ carts. The children sang, much as they did when they swept the muddy doorsteps in the street. Not one of them asked for thanks but somehow this Christmas Eve they felt rewarded for their kind deeds.
The little dragon was tired after his evening’s work and sad it was almost over. He tried to draw comfort from the music and the flickering lights but then saw another candle in the shape of a little female dragon remained unlit. He lifted his chest and blew a more gentle breath of fire. The sleeping girl dragon lit up with a shimmer … and a glimmer of hope for the future settled over the lonely dragon.

Philippa took early retirement and started writing about ten years ago. She enjoys travel writing and short stories, and has self-published three contemporary fiction novels. She likes to write about families and interpersonal relationships, and her previous work as a family doctor provides her with a host of characters and stories to draw from.