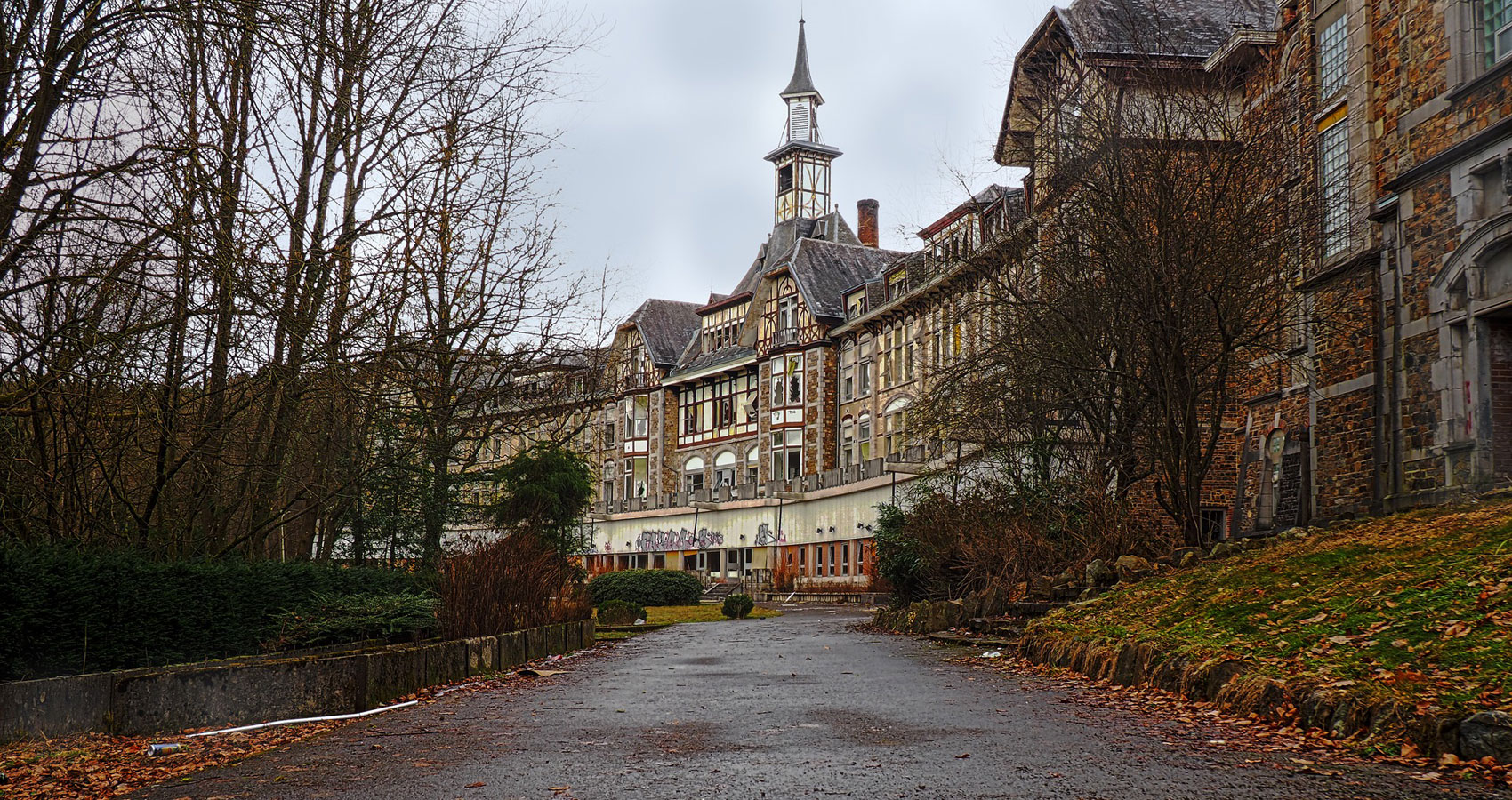 Far too large for Dr. Lindan’s
collection of medical quackery,
though
he probably would have been interested
had he been here during its brief time,
was the Cunningham Sanitarium

Named for,
and initially run by,
Dr. Orval Cunningham,
the facility was located at
18485 Lake Shore Boulevard,
maybe
a mile from the mouth of the creek,
and
was a five-story high
900-ton metal sphere
65 feet in diameter
with room for forty patients
(thirty-eight rooms total)
climate-controlled:  68 degrees F
with 65% humidity,
350 portholes for the patients
to view the lake and other scenic views,
and
an attached hotel for patients’ families

It was built in 1928
at a cost of one million dollars
(financially back by Henry Timken, Jr.,
son of the immigrant inventor,
because Cunningham had ‘cured’
a friend of his,
or had ‘cured’ him;
stories vary)
by
the Melbourne Construction Company
under the supervision of Alois Hauser,
chief engineer of the Timken Company

Cunningham’s theory,
not proved at the time
and subsequently thoroughly debunked,
was that diabetes and certain cancers
and some other diseases were caused
by living organisms,
anaerobic bacteria
that would be killed by increased oxygen
delivered at higher pressures
(30 psi,
twice the atmospheric pressure
at sea level)

Cunningham operated the sanitarium
until 1934,
when he sold it
to one of his proteges
for a half-million dollars
(another scion of wealth
who proved yet again
that just because you’re rich
doesn’t mean you’re smart),
and
the protege re-named the facility
the Ohio Institute of Oxygen Therapy

The protege operated the Institute
for two years before selling
(no word on the second purchase price)
The facility was then run
as a regular hospital,
Boulevard Hospital by name,
but
closed in a year or so

The entire site was sold
to the Cleveland Catholic Diocese
in 1941,
and
the sphere was razed in 1942
and sold for scrap for the war effort,
netting the Diocese $25,000
The hotel was razed soon after,
and
in 1950 the Diocese built
St. Joseph High School on the site,
a school that after a merger in 1990
with a nearby all-girls high school
survives today (2019)
as Villa Angela-St. Joseph High School

And there are still great views of the lake

A self-contained, documentary-style poem, excerpted from my ongoing encyclopedic epic about the area I live in, titled Euclid Creek.