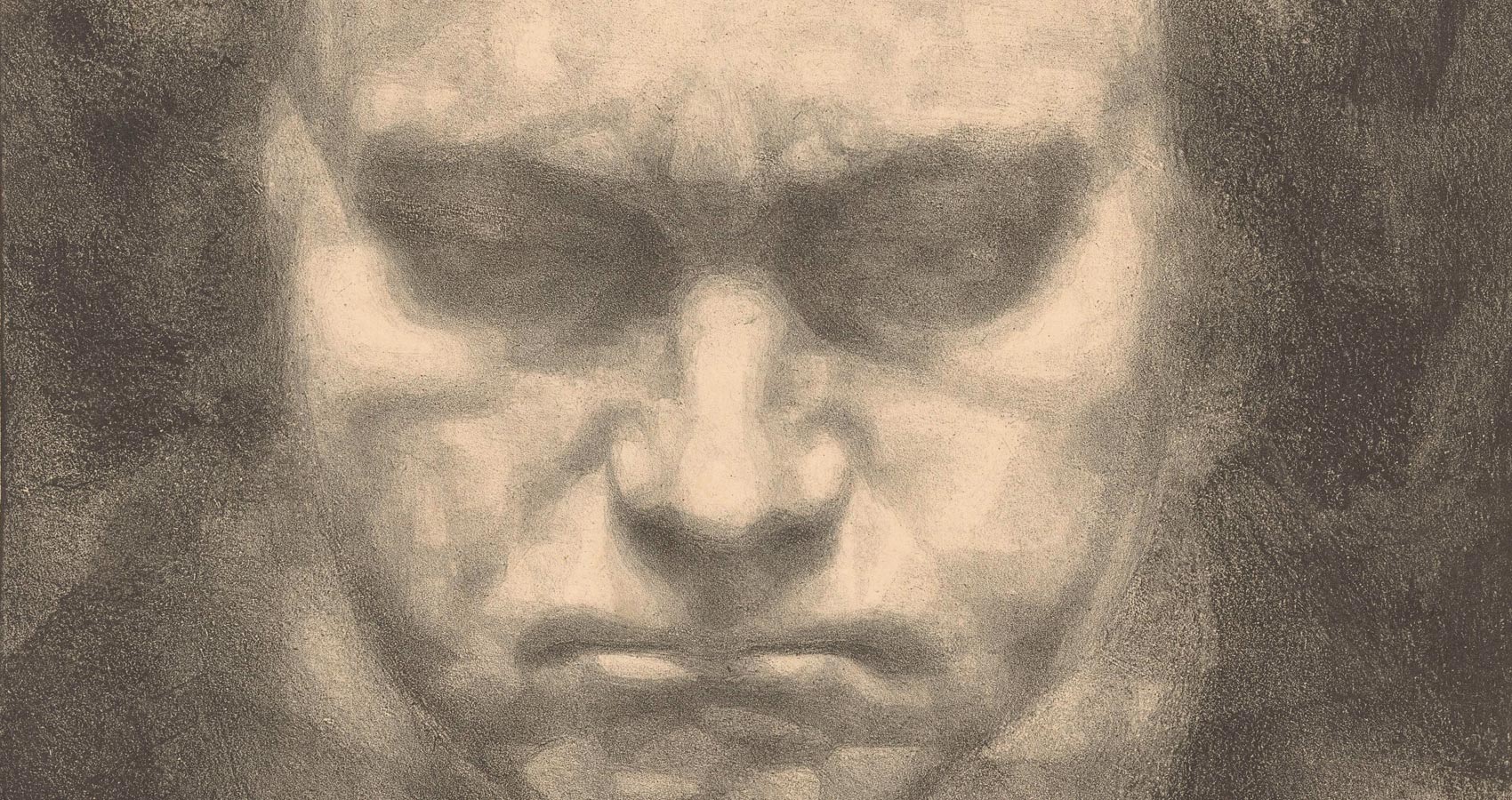 The Curse of The Ninth

The Curse of The Ninth

Why’d Beethoven have to write something so lovely for his ninth one? And everyone who came after him and turned a person’s NINTH SYMPHONY into such an event.
I stare at the blank music paper scattered across my desk, spinning my pen back and forth to at least appear like I’m thinking. Maybe I should give up on music and become a bricklayer or a gardener or something. Do something useful with my life.
I mean, it shouldn’t be this difficult, should it? I have the main bits worked out already in my head. It will be structured in four movements, after Beethoven’s ninth as a kind of homage; the regular strings and woodwind affair for instruments. I would like a piano there a la Gershwin, but I don’t want to turn it into a concerto… this is my ninth after all, so it has to be something special. Something… Romantic, with a sweeping melody and lots of intricate stylings.
I force myself to put pen to paper. Starting by drawing up the staves for each part, violins here, percussion there, and so on. And as I’m drawing, the physical movement unlocks something in my mind. The sound of a lone violin singing out in a high crystalline voice. Holding… holding… and then the woodwinds come in underneath, fleshing out the violin, building it into a C major chord. Holding… holding… then opening onto the main theme, like stepping into your favourite restaurant; a laughing, playful melody. Violins pizzicato, the piano providing a jazzy walking bass for balance.
The pages are really pilling up now. I’m in that place where I’m not exactly thinking in words, but a kind of subconscious musicality. I can hear each note down to the measliest semi-quaver unfold in my mind as a rich tapestry of sound. But as I finish the first movement and head into the adagio, I can hear a darker theme present itself.
Something seems to be talking to me. I hear it in the blank spaces between the notes, in the silent stillness of the rests. Some being… some person is reaching out to me through a void of unknowable distance, trying desperately to communicate something vitally important. A feeling so transcendent, so poetically beautiful, that it would render this reality a mere shadow by comparison.
And beneath my pen appears the most sublime piece of music I’ve ever seen. So full of emotion, so full of an unfulfilled longing for life, for existence that… that words fail. It’s something that you can only experience. The presence is speaking through me, guiding my hand, whispering in my mind the secret melodies of gods.
My hand is starting to hurt now. I want to pause for a moment to recuperate, but I can’t. The thing urges me forwards relentlessly. I want to stop, but the music. It’s beyond wonderful. There’s a spiking flaming sensation in my brain, sending awful throbs of heat through my body. I try to let go, but I can’t. It’s holding me there; all I can do is watch.
Memories pop into existence before my eyes as the light fades. There’s me at my first piano competition. A local kind of thing for bragging rights instead of prize money. Mostly parents in the audience. I’m playing Chopin’s raindrop prelude; I can see myself pressing keys in time with the emotion of the piece. But before I can remember how it ends, the memory fades. Used up by the music.
There’re more memories now, sliding past in a blur of colour, a solid wall of life. Falling from my mind and into the music. I catch brief glimpses of them as they fade: there’s my old piano teacher who died in a car acceded when I was 12, there’s me aged 16 pounding out the piano section of one of Rachmaninoff’s finger busters for a packed theatre, the moment I discovered I could write music as well as play it.
A grey void is consuming my world. The paper spread out in front of me is losing focus. The pen snaps in my hand. I can’t feel any pain, though I can sense the plastic shards digging into my palm. Except the music. The beautiful, beautiful music rippling through my disintegrating mind as I slide away from myself, into the slow timelessness of eternity.