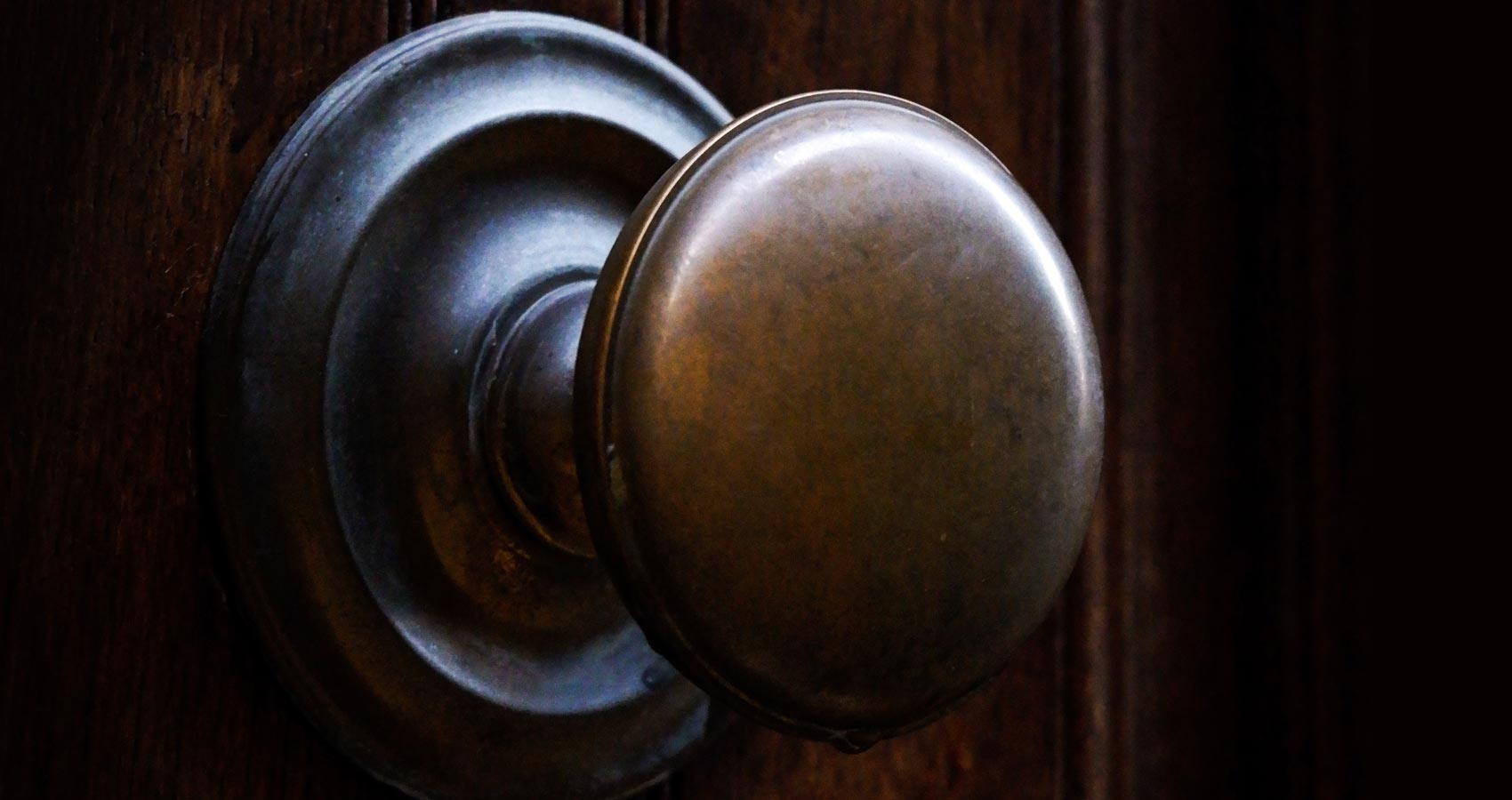 George and Audrey were co-workers in a real estate office. He gazed at his watch. “Seven o’clock,” he said. “I have better things to do on a Friday night.” He slipped on his brown leather jacket. “Don’t forget to set the alarm.”

Audrey glanced up from her computer, “I won’t… But first, I need to complete this contract.” Her fingertips kept tapping the keys.

When George opened the door and stepped outside, a gust of cold air blew in. The sudden chill made Audrey shiver.

Her job done, Audrey gulped her third cup of coffee. She sucked in a breath and walked quickly to a lavatory that doubled as a storeroom.

Christmas decorations stored in cardboard boxes lined one wall. A three-foot wooden nutcracker soldier in full costume and holding a sword tucked away in a corner.

Relief. Hands washed. Lips glossed. Pleased with herself, she strode toward the door.

When she turned the doorknob, it came off. “That sucks!”

She squatted and, poking the spindle into the hole, turned the handle this way and that. It wouldn’t connect. To make matters worse, the phone in the outer office wouldn’t stop ringing.

“FUCK!” In desperation, she banged her fists and kicked the door.

As if curse words would work to get rid of her frustration, she continued to mutter a steady stream of them.

Taking one storage carton at a time, she flung boxes into the air— garlands rained down.

The phone still rang in the background.

Wide-eyed, she threw the soldier, hitting the door with a dull thud; its head came off, rolled, and stopped face-up next to Audrey’s feet.

Looking down at its rosy-cheeked features, she yelled, “What… the hell are you looking at?”

Audrey sank onto the floor and cried.

Mascara running, stomach stirring, chest tightening, worrying that she’d be in this place for the weekend.

Not so fast, her inner voice spoke. Try again.

Audrey jumped up. She reached for the knob. Like a matador in a bullpen, she went for the kill.

She inhaled, nostrils flared; she used the spindle-like spear and thrust into the opening.

No cheers. No applause. No bows.

Audrey grabbed her alligator skin purse and left the office.

As she got into her car, George pulled into the parking space next to hers. In the moonlight, she saw a plume of white streaming from his mouth curl about his head.

George leaned over and rolled down the passenger window, “Forgot to set the answering machine. I tried calling, why didn’t you answer?”

“I was mummifying in the restroom.”

“You’re such a joker.” George chuckled.