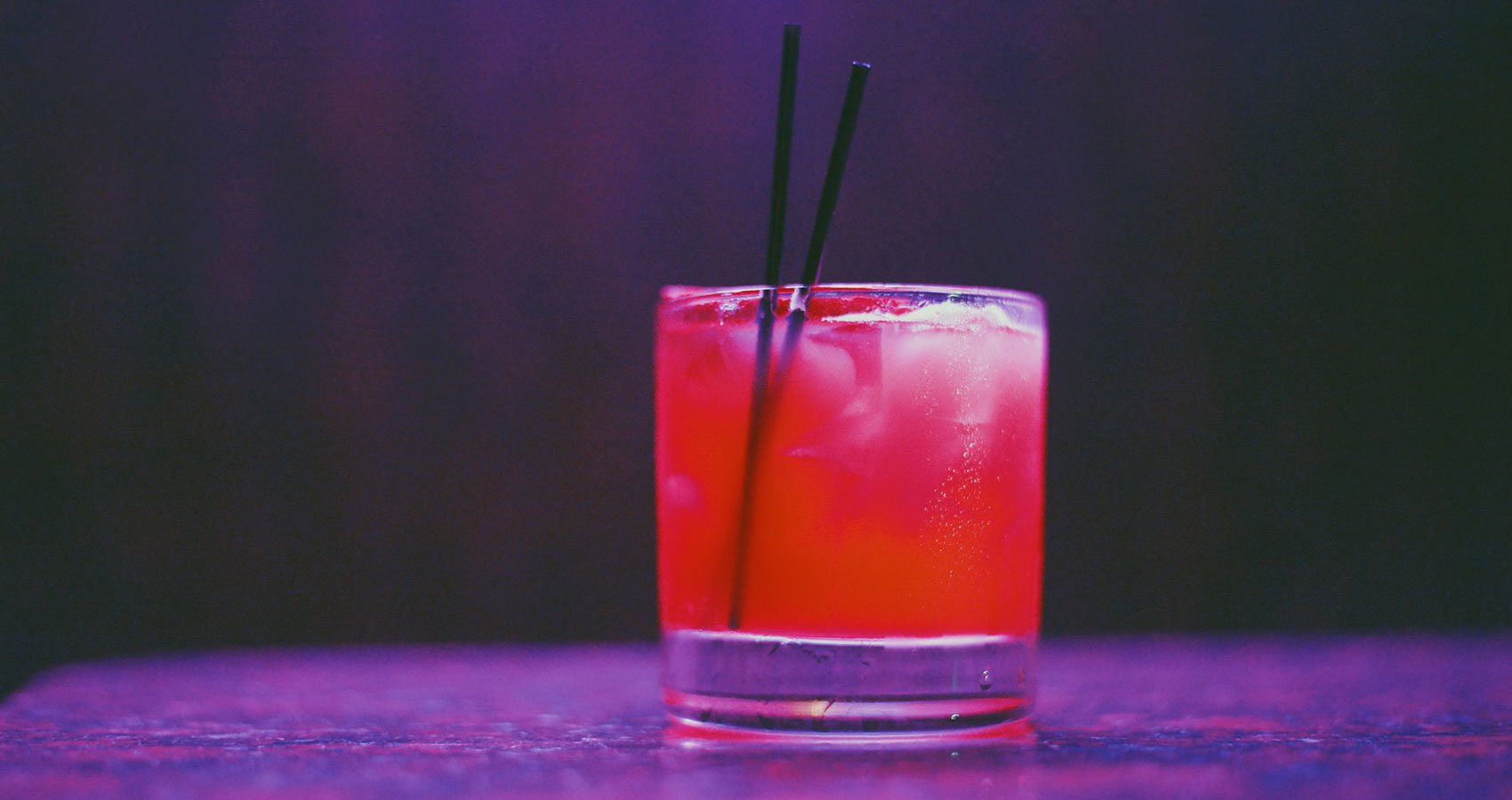 THE DOWN AND OUTS

THE DOWN AND OUTS

She pushed open the swing doors and entered a long room with a scattering of tables and a crescent-shaped stage at the far end. To the right stood the bar, a range of exotic-looking beverages hanging topsy-turvy against the wall above it. Directly beneath the bottles was a blackboard in the form of a guitar, with swirls of writing in violet chalk. It was all fascinating and new; even the names of the drinks were unknown to Kate, except the ‘Mauve Liquor’, and that she had never tasted. “Hey, Miss, d’you want serving?” said the barman in front of her, in a jaunty, youthful voice.

“I’m not too sure what you’ve got,” she replied, her eyes darting from his face to the blackboard.

“All on the board before you, Miss,” he told her politely. “There’s a Mauve Liquor’, or a ‘Mauve Heart’ for them folks that prefer not to make themselves too intoxicated; a strong ‘Double Bass’ or milder ‘Treble Clef ’ . . .”

He picked up a cloth and began to wipe the bar.

“Then there’s a long, frothy ‘Mauve Liquor’ cocktail,” he continued casually, “and our own specialty of the nightclub, a heady ‘Rhythm & Blues.’”

Kate glanced towards the various drinks which had been ordered: a rich mauve liquid in a heart-shaped glass with its tall, slim stem spattered with minuscule, ultra-violet hearts; full litre beer mugs decorated with black double-basses, and frothy at the top; tall octagonal glasses which looked nobbly and were filled to the brim with a liquid of deep ultramarine. But it was the broad, square-shaped glasses decorated with black semi-quavers which especially attracted Kate. They contained a lilac-coloured liquid with a generous head of pink froth, and two cocktail sticks—one with a guitar-shaped top and the other turned like a large treble clef.

“I’ll have one of those, please,” she said with a giggle. “They look fun.”

“One Mauve Liquor cocktail comin’ up,” said the barman, pumping an empty, square-shaped glass a quarter full, and topping it up with a pink, soda-like fluid.

She paid him and took a tentative sip at the cool liquid, pasting her lips with foam. It was delicious, having a fruity, syrupy, creamy taste which was nothing like the Gold Liquor of her own quarter. Eagerly, she gulped several mouthfuls, then swung round on her stool to watch the band, feeling suddenly elated, as if the disappointments of the night were coming right after all.

Excerpt from chapter four of my dystopian novel, “The Down and Outs”

I'm Karen Clark from East London. On leaving school, I worked as a shorthand / typist, and then went on to work as an ad taker for Loot Magazine. I've always been single, and have no children, and started writing as a hobby once becoming unemployed.