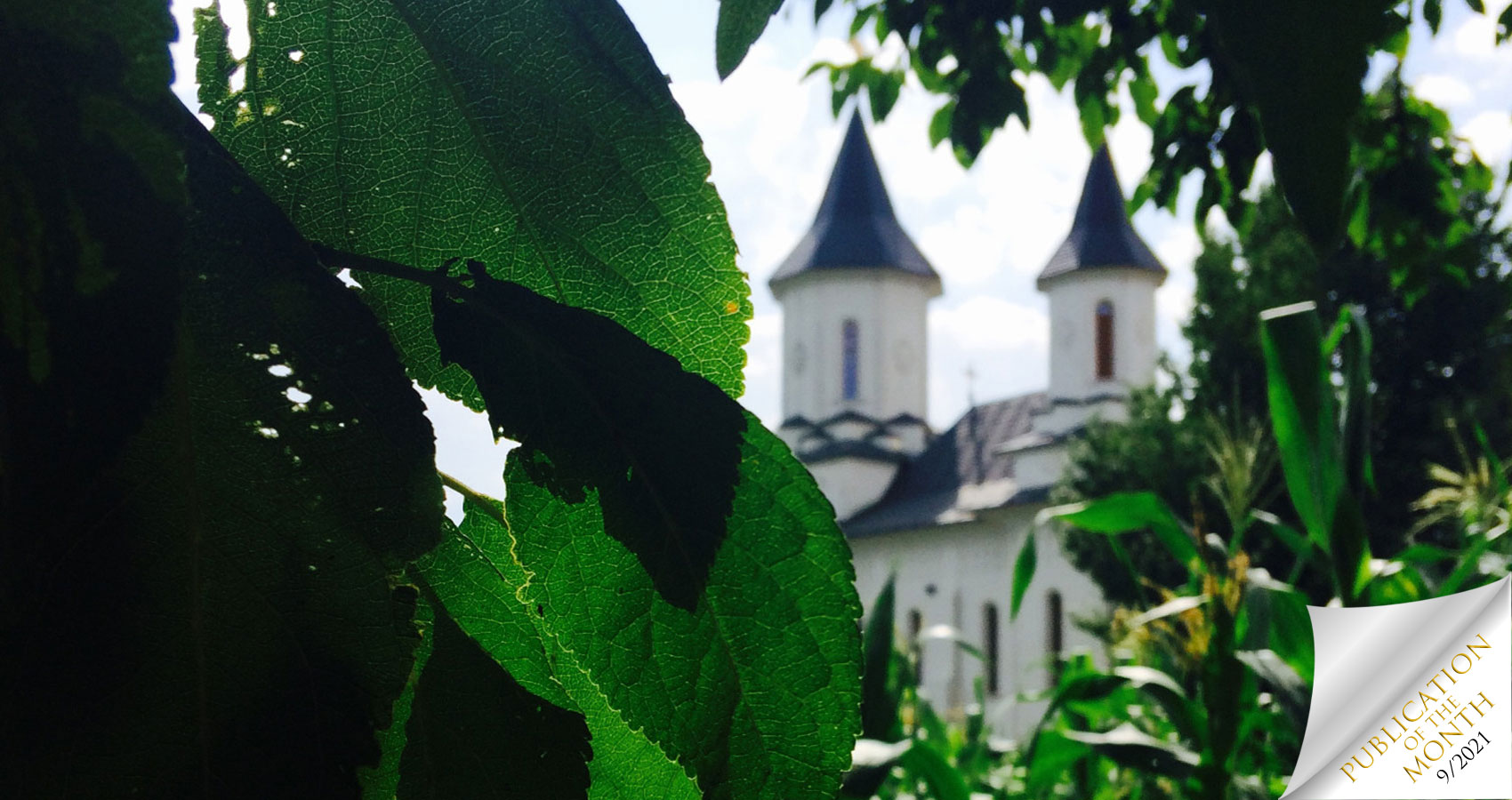 The End or A New Beginning?

The End or A New Beginning?

Like an automaton, I got up, and I obliged myself to hand in the project I had been hired for before all the frenzy of organizing a funeral began. A calm sky was lazily waking up as if nothing had happened. In the distance, the roosters’ crows were alerting the villagers that it was time to wake up. The crow, accompanied by the incessant barking of neighbors’ dogs, was the perfect alarm system that even the highest alarm systems could not compete with.

I knew it wouldn’t take too long until the first horse-drawn wagons were going to pass by on their way to the fields. It was Sunday, and only a few sinners would be seduced by the iridescent vineyards and the large corn or alfalfa fields. Only those brave enough to face the criticism of the parishioners, who were already on their way to church, dared to sin.

I inhaled deeply, trying to prepare for the days to come and facing such a dreadful life moment. I stepped outside of the two-dorm building, exhaling. That porch always gave me the most amazing view over the village but now, my eyes rose to meet the newly-built Russian-Orthodox church where my mother would be buried. The church stood majestically amidst the lush landscape of vines and leafy trees on the facing hill. The sun rose subtly, and a timid ray illuminated the silver dome of the temple. A silver lining that wasn’t in harmony with my family’s situation parishioners’ judging eyes. Its dome was going to resound in the entire valley to announce someone’s dawn: my mother’s.

It had been only six weeks since my mother’s terminal cancer made us go back to our roots, my roots. I lived with my paternal grandparents since I was two or three years old. Mother couldn’t cope with the four of us, and grandmother happily took me under her care as she had never had any daughters. We were lucky enough to have grandma helping my mother and me through such a rollercoaster.

When I used to live there two decades before, there was no church on the other hill, and all you could see was never-ending greenery. Although there was no church, I knew that right where the highest tree stood; it was where mama was born. An almost perfect geographical line capable of joining two opposite hills and two young people drunk with love: my parents. A line capable of uniting mountains but incapable of diluting different religions. A link meant a new beginning for those two young people who wanted to break the tradition by getting married.

Now, on the other hill where my maternal grandparents once lived, all that remained was the monumental church that colored the landscape. Its chants resounded like a Buddhist gong, and the valley vibrated with each bell that signaled the mass initiation. The bells and the male voices of the religious choir on the loudspeakers raced across the valley. It was music only for those ears that knew how to interpret it and of which, my mother was a connoisseur. I only heard a noise.

I stood on the porch thinking, feeling on my skin the slow-motion rhythm that summer marked in such remote areas of the world where time is a sleeping cat that enjoys a nap in the sun. It stretches or plays according to the agricultural duties that each season defines. There are no hours. There are only mornings, afternoons, and nights. Here in my remote Romanian village.

I went back inside the house, and the only thing that occupied my head was the project, a sign of the Western contamination. I opened the computer that had been with me for days and wrote an e-mail informing that I was sending my last assignment and I wished everyone a good summer. For a moment, I thought about commenting on what had just happened, but I didn’t want to go into detail to explain myself. I didn’t know how to do it. Did I have to stay cool and sane, or did I have to break down and explain with an open heart how I felt? Actually, I didn’t know if I felt anything. At that moment, I wondered how I could be so detached and send a work mail while my mother’s body was cooling off in the next room. I didn’t know. I just knew I had to get that work distraction out of the way. I didn’t like starting things and not finish them. It is something I learned from her.

I turned off the computer, and my problem-solver self woke up while my mother was still in bed waiting to be taken back to her childhood home, now a church yard. Everyone was already out, and I had to call the relatives. I picked up the receiver and dialed the digits my grandmother had scribbled in a clumsy attempt to write. I dialed my aunt’s number since I knew she would take care of calling the others. Those kinds of news always had a ripple effect. One call, and everyone will know.
The ringing tone resonated in my ears; it rang once, twice…
“Hello, Auntie, that’s it. It’s over… “
“When was it?”
“Not even half an hour ago…”
“Did she have a hard time?”
“I don’t know. She didn’t want to take any painkillers, but I poured some morphine into her water glass.” I say that, and I realize that she must have had a terrible time, and I couldn’t even imagine the pain that had been eating away her life.
I couldn’t believe how coldly my aunt reacted, but I guessed that’s just the way she was. We all expected it. We knew it would come sooner or later. And she knew it too. She’s been my mother’s confidante all that time. Only then, I understood why my father had always hated her. They’ve had always had their own secrets.
“When it’s the funeral?”
“The third day of the passing as tradition dictates: so it will be Tuesday.”
“Okay. We won’t get there until tonight or possibly tomorrow. I will attend mass today, and after, I have to see who’s going to take care of the cattle.“

“Okay. Can you please let everyone else know? I don’t have their phone numbers.”
“Yes. Don’t worry. May God forgive her sins!”

I wish I could have said, “God forgive her.” I would have yelled it from the rooftops if I knew she was a sinner. I would have even prayed only if she had decided to go and live her last days on some island paradise. An island where she would experience what Westerners call a vacation. SIN. Become a SINNER. Tattoo SIN on her skin. Live it as life should be lived: fully. Live without the fear of sinning, but doing it not to be afraid. I would have even prayed for her soul if I had the certainty that my mother could not be granted the entrance to heaven because of her life-brimming sins. I would have prayed so hard! Because I knew she’d had lived. My mother deserved to walk out through the door of life with a sin so large that it wouldn’t fit through the hell’s door. Only if that were the case, I would have said: “May God forgive her because she has lived.”

Yet the only thing left was just a straitjacketed fright of God’s reaction. The laborious breathing served her as an emotional shield that gave her a mental break and relaxed her thawing body. A vital coitus interruptus ended the timid urinary excretion of a woman who deserved a vital multiorgasm. A woman who deserved a glorious climax. A vestige, as ephemeral as the life itself that took the form of water in my grandmother’s bed. A stain so fragile, opposite to the life force with which she fought for us: her children. At last, life freed her from all the pressure and fear of sinning, which was a constant in her life. I prayed so she finally could reach the sin island. She deserved it.

This is an excerpt of the memoir that I am writing and I’ve named “Veronica’s Talisman”.

I am Cristina and I write fiction and non-fiction in English, Romanian and Spanish. My writing is raw, heart-wrenching, and sad. It gets you in the perfect mood for crying but at the same time for, loving life. I am currently finishing a memoir about the immigrant story of my family. I live in Barcelona where I work as a Digital Product Manager.