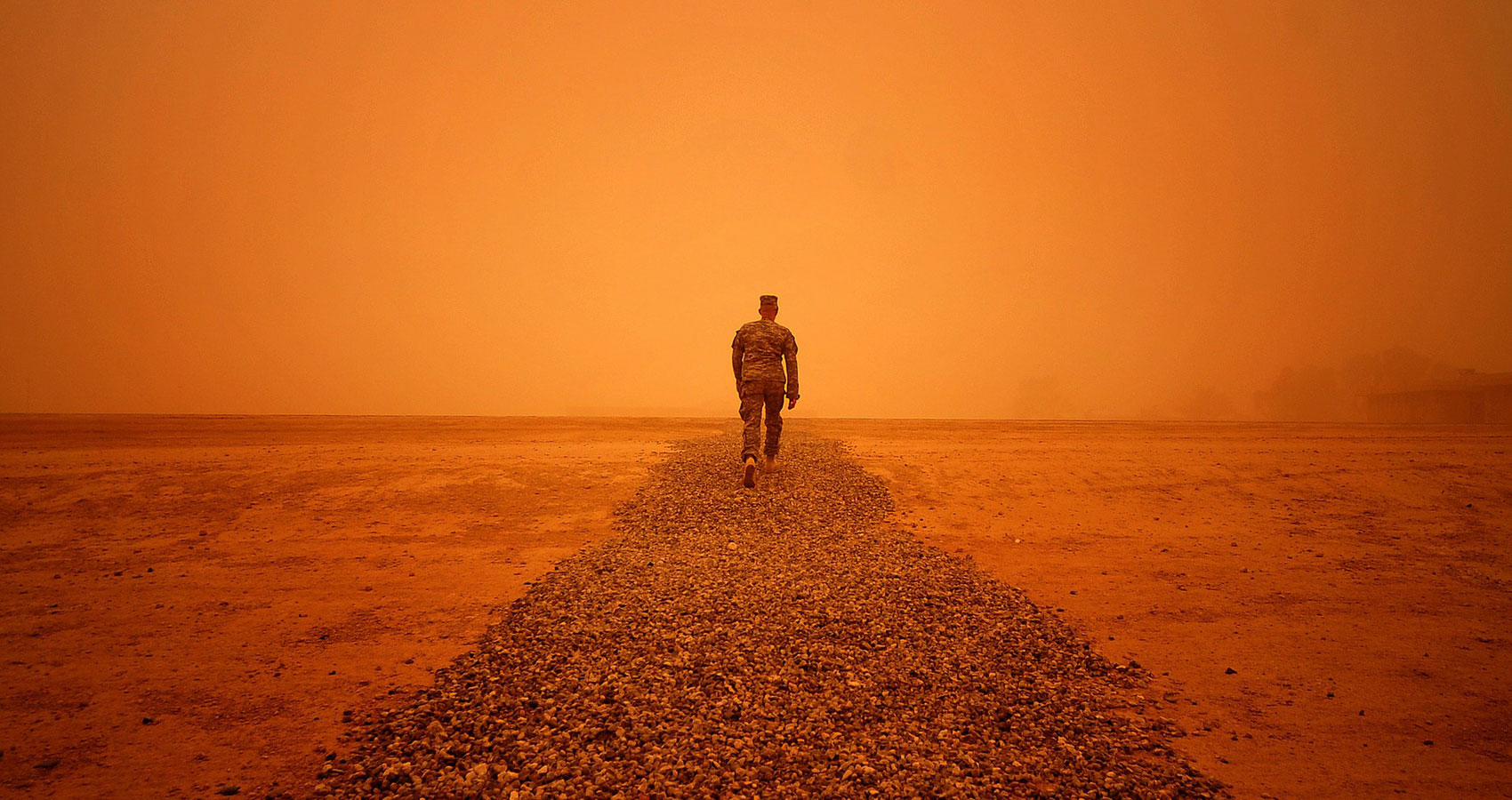 The Eyes Of A Stranger

The Eyes Of A Stranger

In the beginning, I received his letters regularly. As time passed, however, they became less frequent and finally I hardly ever received them. I worried constantly. My mind would go off on these tangents of wonder that became figments of my imagination. There were mornings when I would sit at the table drinking my coffee as my mind took on a life of its own. It would tell me that the letter didn’t come because he had been killed and no one had notified me yet. Then I’d glance toward the door wondering if it were true.

I’d sit and watch the door contemplating how I’d feel if someone told me my husband had died for reasons that no one could define. I could hear the clock ticking on the wall. Tick, tock, tick tock, the silence of the room was closing in on me. As the silence increased, the noise of the clock grew more intense. Tick Tock, Tick, Tock! The palms of my hands were clammy as the scenario continued to run through my mind. The door seemed to get closer as the silence became unbearable and the sound of the clock was all I could hear. TICK, TOCK, TICK, TOCK! My heart beat faster than skipped a beat….

The piercing sound of the phone interrupted the horrifying thoughts that ran through my mind. I returned to my senses yet could not bring myself to move. What if the ringing of the phone was the communication that would give me the news? What if this were to be the day my life would end? I finally forced myself to stand. I moved toward the phone slowly, trying to calm myself. Deep breaths take deep breaths; I would repeat those words as I approached the phone. I picked up the receiver, brought it to my ear and cautiously said, “Hello???” I let out a sigh as I heard a familiar voice on the other end of the phone and thought not today thank God.

These moments became the norm for me for all those years. Each day my mind would choose its poison. What would it be today? Is he too busy to write, has the enemy killed him, have they captured him? Yes, today my imagination chose this infestation, this pollutant to occupy my mind and toy with my emotions. They must have taken him, prisoner. My emotions would then volley back and forth; this is good, no bad. I would first think this was good because that meant he was alive. Then, I would remember all the stories. Something forced me to face the reality that if they had captured him they would torture him. My heart sank as I continued to think about the image that eventually became my reality. Yes, I was eventually notified that the enemy had captured him. I then had to bring myself to realize that this fate could be one worse than death, or just a means of prolonging it.

I cried daily for my friend, my lover, my life partner, my husband. In my heart, I knew he had to be living in a hell we could never imagine. I continued to hope though… and pray. Because you see in those days, our faith was strong. Our belief in God would pull us through anything. Somehow after a time, even that seemed to wane. The tears never did though. They kept coming.

My life eventually took on a methodical melancholy. I sank deeper into depression losing focus on the normal routine. I had all but given up when it happened. The war was over.

My mind knew this, yet somehow my heart could not grasp the reality. Somehow, I felt if I didn’t recognize the end of the war, I wouldn’t have to reconcile myself to the fact that life would never be the same. Then there was the question, again the question. Should I even hope for a homecoming? He could be dead by now. No one has contacted me. I convinced myself there would be no reunion; He was dead.

My head kept trying to convince my heart. My heart would fight back and all but defy the reality of the mind. I knew he was dead, but I continued to hope. Then the call came my heart had won out.

My mind was in disbelief. He had survived and would come home. My heart leaped with joy. Somehow, I made it through the period; God knows how long because I didn’t keep track. I could only think of his return. I spent endless hours cleaning and planning and preparing. I would soon see him, my soul mate.

The day had finally arrived. I paced back and forth, rearranged furniture and glanced around the room in search of perfection. I returned to the mirror endless times to make sure I was presentable for him. I wished he had let me go pick him up, but for some reason, he said he would just take the bus home.

The longing was about to take over when I heard the turning of the front doorknob. I stopped in my tracks only moving to turn and face the door. My breathing ceased as my heart quickened and the door opened.

He stood in the doorway motionless. I looked at him in disbelief. I slowly moved toward him as if I were approaching a frightened deer. The shadow in the doorway wasn’t he? The man that stood in front of me looked back at me stone-faced and grave. I looked up at him and into the eyes of a stranger. We stood motionless each one waiting for the other to react.

My mind was a wasteland of emotion. I knew it was he whom I had waited so many years for, yet it was not the man I fell in love with and married all those years ago. I stared into these strangers’ eyes which I thought I would never forget as my mind continued to whirl question after question interrupting my consciousness. An eternity passed as we continued to stand to face each other watching, waiting.

Tears came to my eyes; I could no longer keep them prisoner. They gushed forth and ran freely over my face. I stepped forward, raised my hands and cupped them over his face. I lifted my eyes to meet those strangers’ eyes and whispered: “Welcome home.”

At that moment, I knew the life I had all those years ago was lost to a time, a place and a war that was senseless. I also knew the man who stood in front of me lost much more. I vowed that day to live the rest of my life trying to give back to him all that he’d lost. I would spend an eternity trying to make up all the time he had lost or died trying.

He looked down at me stone-faced, silent. The eyes of a stranger who now stared into the eyes of me who would become his anchor. He stood silently, looking for words that wouldn’t come. He stumbled over his thoughts and finally found his voice. The words escaped his lips unintentionally as though he was too tired to fight the exodus of what would become a plea for sanity.

He lowered his head to my shoulder. I removed my hands from his face and embraced him, not knowing if it was the right thing to do. I stood strong, waiting for something, anything. I waited, hoping the embrace would break the spell and return my husband. There were no magic words, no potion or spell that could turn back time.

We stood in a silent embrace. Stranger, clinging to stranger hoping we would find our way in a new age of defiance.

Tracy is the author of “A Dangerous Truth,” “Ways of War,” a series of poetry, as well as multiple short stories. She grew up in Alaska and lives in New Hampshire with her husband and two adult daughters. She is the Author of the blog site TracesofTracyGregory.