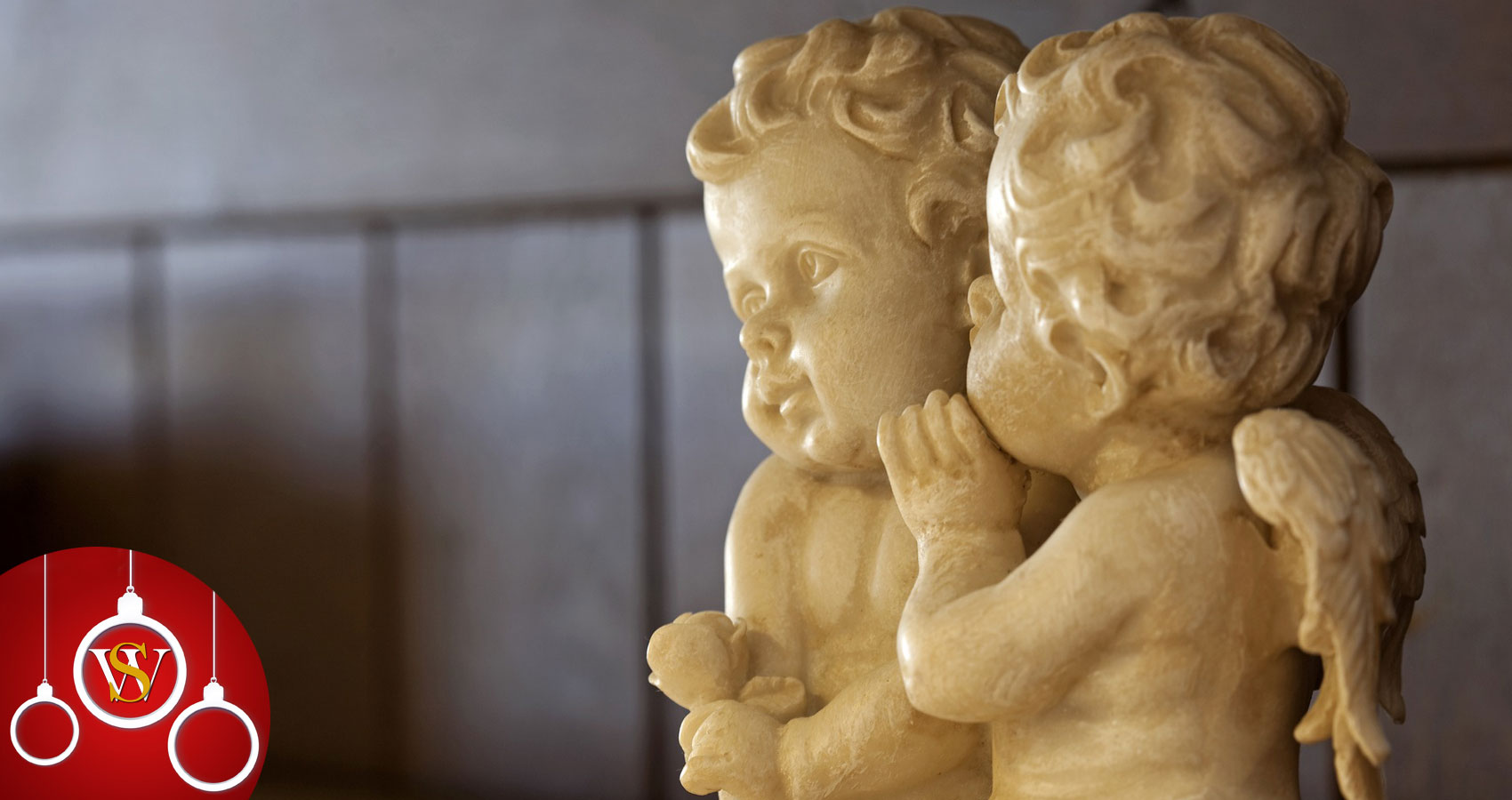 There were angels in Michael’s house. A dozen of them sat with their arms stretching towards Heaven taking up tenancy on his mantel and coffee table. Holly branches were intertwined in the spindles of the staircase along with white Christmas lights that blinked lazily and out of sync. In the kitchen, an Advent Wreath sat in the middle of the island, its candles extinguished. Nicole toured the house as if she were in a museum, taking the time to admire each angel and run her fingers over them gently, trying to absorb some sort of mystical strength.
She turned to Michael who was following her quietly, “When did you do all this?”
“Last night.”
“It’s beautiful. I thought you weren’t into Christmas, though.”
“I did it for you.”
He still wore his Winter coat, feeling like a school kid does when their crush is paying attention to them in the cafeteria. Young love usually blossoms over rice pudding and cold French Fries.
“I love it,” she told him from her core, kissing him on the cheek.
“This one,” he told her, as they stood at the mantel, “reminds me of you.” He turned the base of the statue so that it was facing Nicole. The angel had auburn hair and large eyes and she wore a simple long, gold sheath.
“Because of the hair?”
“Not really. See how the others are painted more intricately? There are jewels in that one’s hair,” he said pointing towards the end of the mantel.
“Yes?”
“This angel is simpler. Her beauty is natural and it’s what’s underneath that shines most. Like you.”
His deep voice resonated along with his words. Nicole held the angel in her hand twisting it left and right. “I know you couldn’t go see your parents this year. I wanted to bring Christmas to you. This is your gift,” he finished, sweeping his hand across the room.
She put the angel down carefully and leaned into him, “You’re amazing. I have a gift for you, too. That poem I promised you.”
He gazed at her anticipating the words that would make his heart bleed. “Tell me.”
Shyness shadowed her face and then her courage grew from some sacred place within. “I want to give you all of my yesterdays. I want to take back the seconds, minutes, and hours without you. I want to erase the cacophony of what was, to revel in what never was. I promise all of my tomorrows to you. I give you my heart, for it is you that made it beat.”
Silence enveloped them. A light snow fell beneath the streetlights, cleansing the earth with its purity. He realized that in her words, she promised him her future, and as he took her in his arms, his own words became unnecessary.