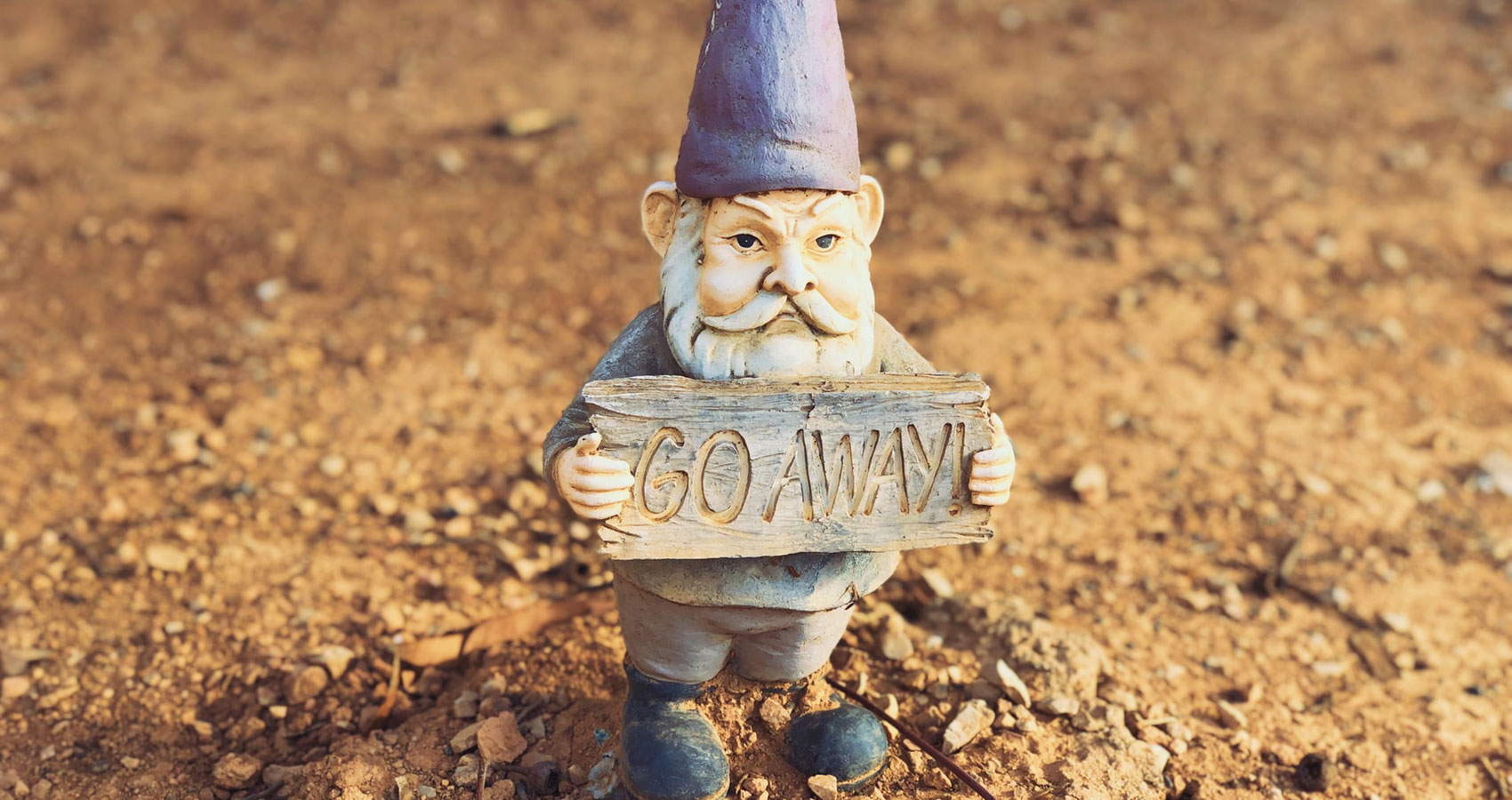 The "Go Away" Gnome

He was alone,
Lost among garden lamps
Scissors and plastic plants.

All of his friends were gone,
Left for new homes, they all had signs of
“Welcome” or “Garden maintained by gnomes”
or other peculiar signs that made them special.

His sign was “Go away”.
He understood that nobody liked him,
Because they were either making fun of his sign,
Or of his eyebrows that his maker has drawn too high.

Whatever they made him look like,
It was not who he really was.
Inside of him was quiet,
He was like all the others,
Wanting to see the sunshine,
Wanting to feel the rain.

Maybe somebody will pick him up tomorrow,
Maybe some angry person,
That wants to shoo away the neighborhood kids,
Or maybe someone that was like him,
Angry looking on the outside but gentle within.

Andrada Costoiu is a Tobis Fellow at the University of Irvine California and a graduate student at University of Illinois of Chicago, currently finishing her Phd in Political Science. She has published works in the field of politics, on immigration and identity issues. Her work has appear in the Journal of Identity and Migration Studies and she has also been published by Cambridge Scholars. She is an emerging poet that enjoys writing on the deep sense of life, on philosophical questions and on issues related to cultural values. You can find more of her writing at her personal blog: Andrada's World, where she frequently writes about her experiences, events and people that are an inspiration to her.

The Night Before Doom’s Day

A New Beginning written by: Bridie Murphy   She opens the satchel one last time She mustn’t forget a thing...