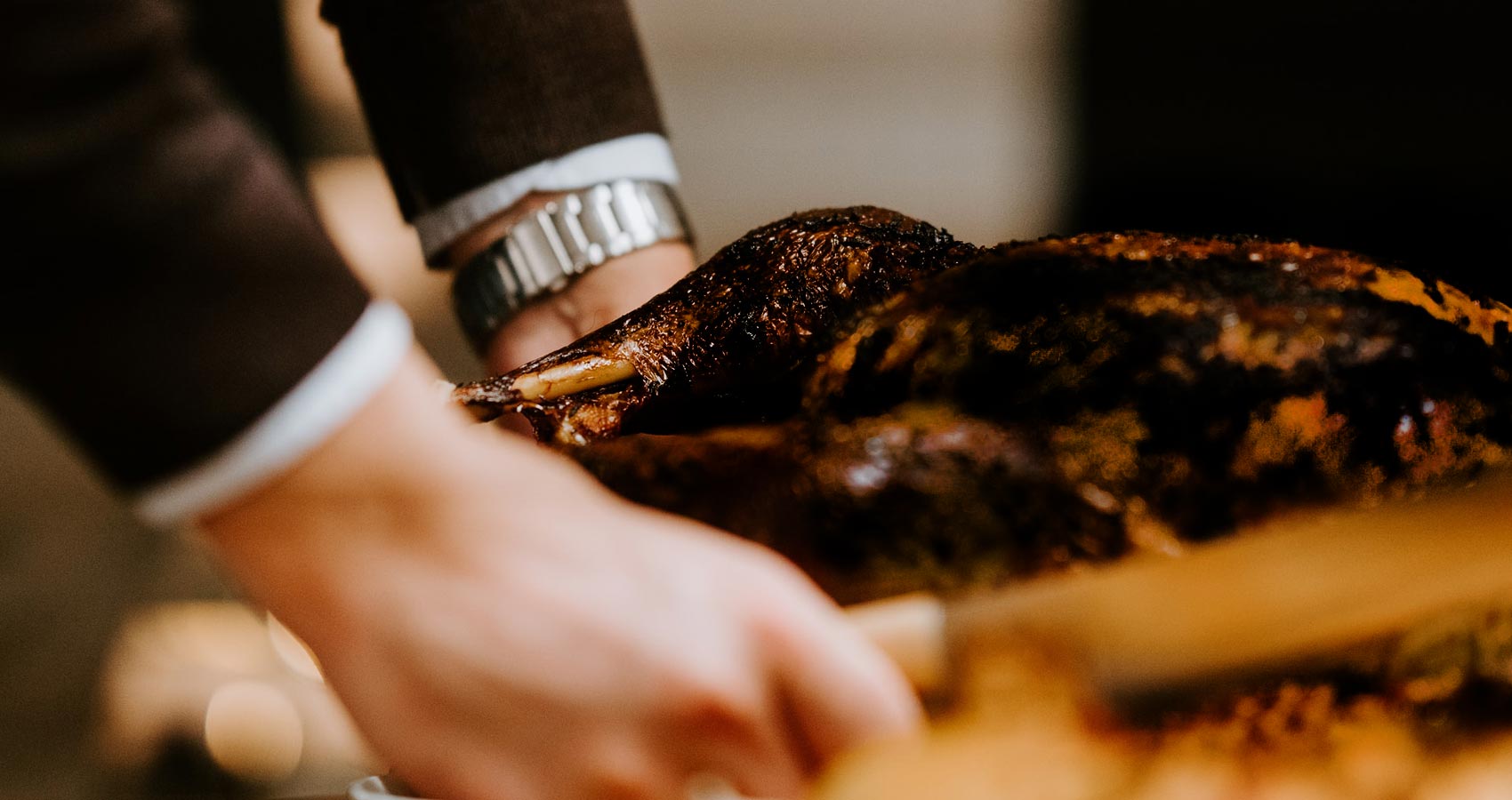 The Old Man had a secret.

Barbara, his wife, and my Mother had a closely guarded secret recipe for Turkey which he proudly carved every Thanksgiving.

Renowned throughout our neighborhood in the small town of Los Gatos, California – Mom’s Turkey dinner was a feast without peer.

Proudly British, my Mom took to her yearly Holiday cooking battle with an indefatigable spirit. Like many great English Generals before her, she ran her kitchen with a cunning that would eliminate any competition from our neighbors in what we liked to call the Great Thanksgiving Turkey Feud.

Truth be told, many of the housewives in our neighborhood loathed any kind of Holiday where they had to actually “cook” something. It was bad enough that Mom’s insidious kitchen aromas dominated the neighborhood several days before the Big Event. Wives often had to deal with sullen husbands and argumentative children who would suddenly refuse to eat the wholesome meals placed in front of them. “Can’t you make us something that hasn’t been canned or frozen? We want real food!” they’d grouse, as Thanksgiving approached.

That is until that one ill-fated Thanksgiving day in the Fall of 1964, where everything that could go wrong, actually did.

“I knew I put that bacon somewhere around here?” said my Mother, peering around her kitchen. “Star! Get off my counter!” she shrieked, as she helplessly watched the family dog huff down her only package of bacon. Since the bacon was a key ingredient in her turkey and stuffing preparation she had to mentally change her entire recipe.

Next, she had to call a plumber as Matty, my kid brother, had tried to give his guinea pig, “Porky,” a restorative Spa Treatment in the family toilet and had inadvertently flushed the poor creature down the drain, effectively clogging it.

Once Mom had mopped the floors and had calmed Matty (who was understandably freaked by Porky’s ignoble departure!) with spiked eggnog, she then discovered that she was out of large brown paper bags. Unknown to our nosey neighbors, my mother secretly used a large shopping bag to cook our bird in. Now she had nothing to cover her turkey except a questionable Macy’s bag which she cut in half and draped over the bird’s breast like a tent.

The Macy’s bag proved to be highly flammable and promptly caught on fire in the oven, reducing our Holiday bird into a smoldering hunk of inedible charcoal and raw poultry.

Undeterred, Mom carved out and baked whatever was salvageable and declared we were still going to have turkey for Thanksgiving, but in a slightly altered form.

She called her dish “Turkey Ragout,” and like a dutiful family, we ate it. But, no one asked for seconds. Even Star was absent from begging at the dinner table.

Knowing she was upset, Pop tried to cheer up my Mother during dinner, by saying her turkey had a “Dee-Licious” barbecue flavor. Unfortunately, his compliment was ruined when he visibly gagged while trying to take his second bite of it.

The leftovers were quietly deposited in the trash and my poor Dad ended up having to sleep on the couch for the remainder of the week.