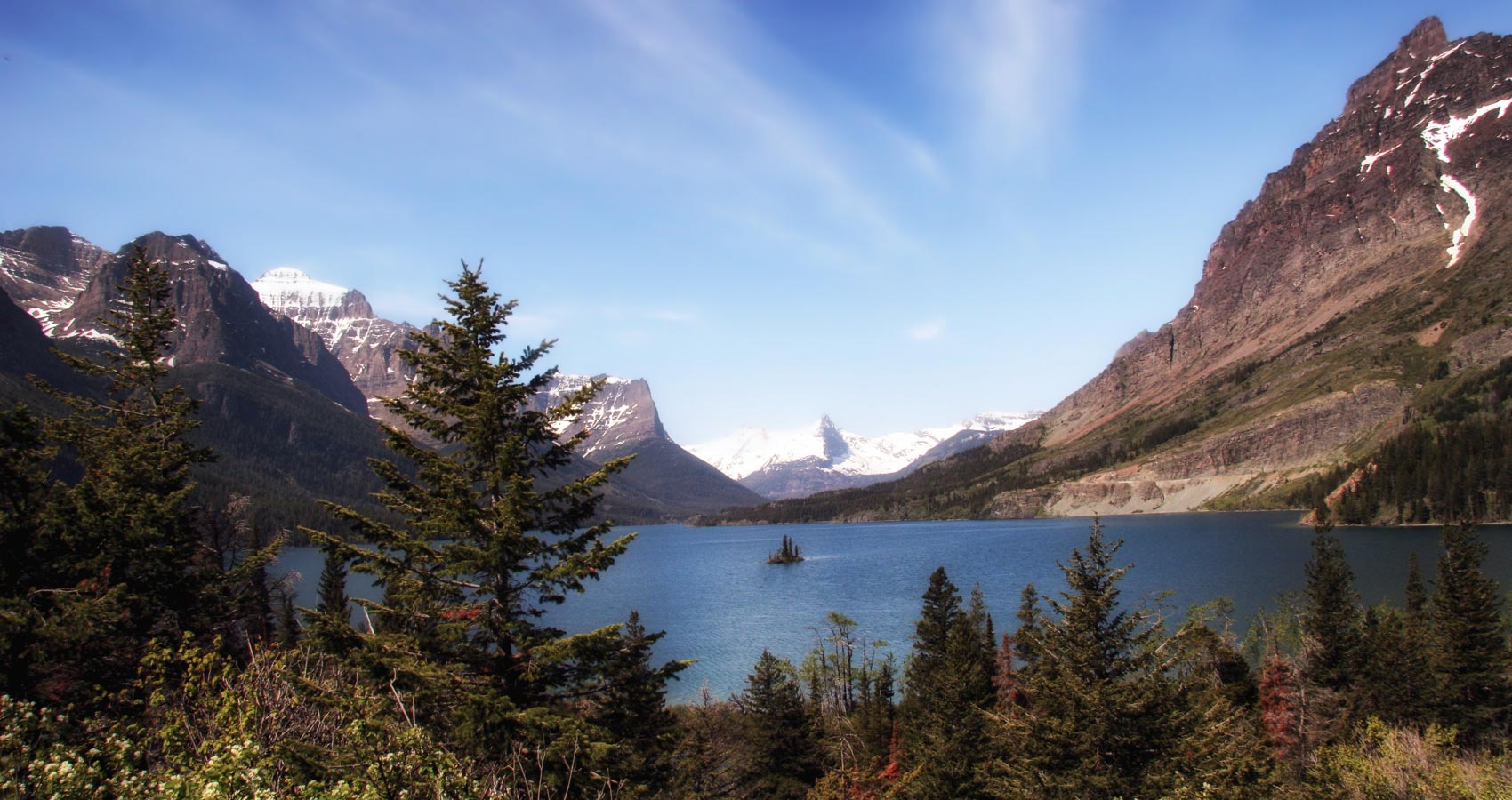 Mountains, silenced and numbed, lay barren. Sky poured out its tears to soothe the bleeding earth. Trees, the guardians of life that had touched the heavens, now lay naked and rootless in the shadows. Devastation wiped its mouth and laughed. Andrew closed his laptop. He rubbed his sore eyes and drank in the natural beauty of the wilderness that stretched before him on that summer’s evening. The lake glistened in the twilight, and luminous flies tap-danced across the still water. He stood and rolled his shoulders to dislodge the strains of sentence and paragraph. Andrew, a young widower, and author was thirty-two years old. Cathy, his wife, and childhood sweetheart had died eighteen months earlier and Andrew had traveled back to his home place on the lake that rested near the Blackfoot reservation. He was lonely and the intense pain would not leave him. As nightfall drew near, Andrew visited his boyhood and closest friend, his First Nation’s blood brother, Running Deer. His friend was sitting in his front porch on the side of the lake. Running Deer could see the anguish in his friend’s eyes, and he stood and embraced Andrew. He could sense the vulnerability and the fracturing taking place within Andrew. “C’mon, let’s light a campfire and talk for a while,” said Running Deer. They both lit the fire and then it happened, Andrew began to tremor. His pain sought for release. Running Deer knew the time had come. Andrew’s body succumbed, and he fell into the arms of his friend. He curled up on the earth as his friend wrapped himself around him and held him. Andrew convulsed in the agonies of his loss. The stars overhead looked kindly on these mortals. All knew this was a precious, sacred time for these brothers. Andrew’s heaving body, lost in grief and soaked in memories, continued to be held by Running Deer. Running Deer began to sing quietly the song of the journey, a song of his ancestors. He laid his friend on the warm earth and wrapped him in blankets. Running Deer sat cross-legged within touching distance of Andrew. He took a smoking stick from the fire and began to wave it over Andrew, and the taste of smoke nourished Andrew’s hurting soul. Andrew fell deeper and deeper into sleep as his brother sang the ancient song over him. Andrew dreamed of Cathy. “Don’t leave me, Cathy” cried Andrew. Andrew’s body started to heave, and Running Deer held Andrew once more. Andrew moaned and lay still. Running Deer stood to his feet and lifted his hands to the night sky in entreaty for his friend. He continued to sing and placed his hand on Andrew’s beating heart and waited. The smoke continued to soothe Andrew’s soul, and the stars kept a watchful eye on the unfolding moment. Some hours later Andrew woke to the smell of coffee and the fire crackling. He felt vulnerable, embarrassed, and different. “Running Deer, I’m sorry,” Andrew mumbled, unable to look directly into his friend’s eyes. “It’s okay, it’s okay, it was time for you to take the Journey, my brother’,” replied Running Deer. Andrew smiled. Running deer knew that the wound was tender. They both looked into the fire, knowing that they had a rare friendship. “Fire tells so many stories as it crackles and hisses and looks for listeners yet so many can no longer hear it’” said Running Deer. “Andrew, rest, lie down again.” “I don’t know if I can sleep,” said Andrew, his voice breaking. “Just lie down and close your eyes,” urged Running Deer. Andrew did as he was bidden and closed his eyes. Running Deer covered Andrew again with blankets and began to sing. Andrew slept; the song cradling Andrew’s hurting soul. Running Deer looked at his friend and touched a childhood scar on Andrew’s wrist and then touched the same scar on his own wrist. “Sleep, my brother, the blood that flowed between us as children when the elders cut our skin and joined us body and soul flows strongly. Sleep, my beloved brother, sleep.”