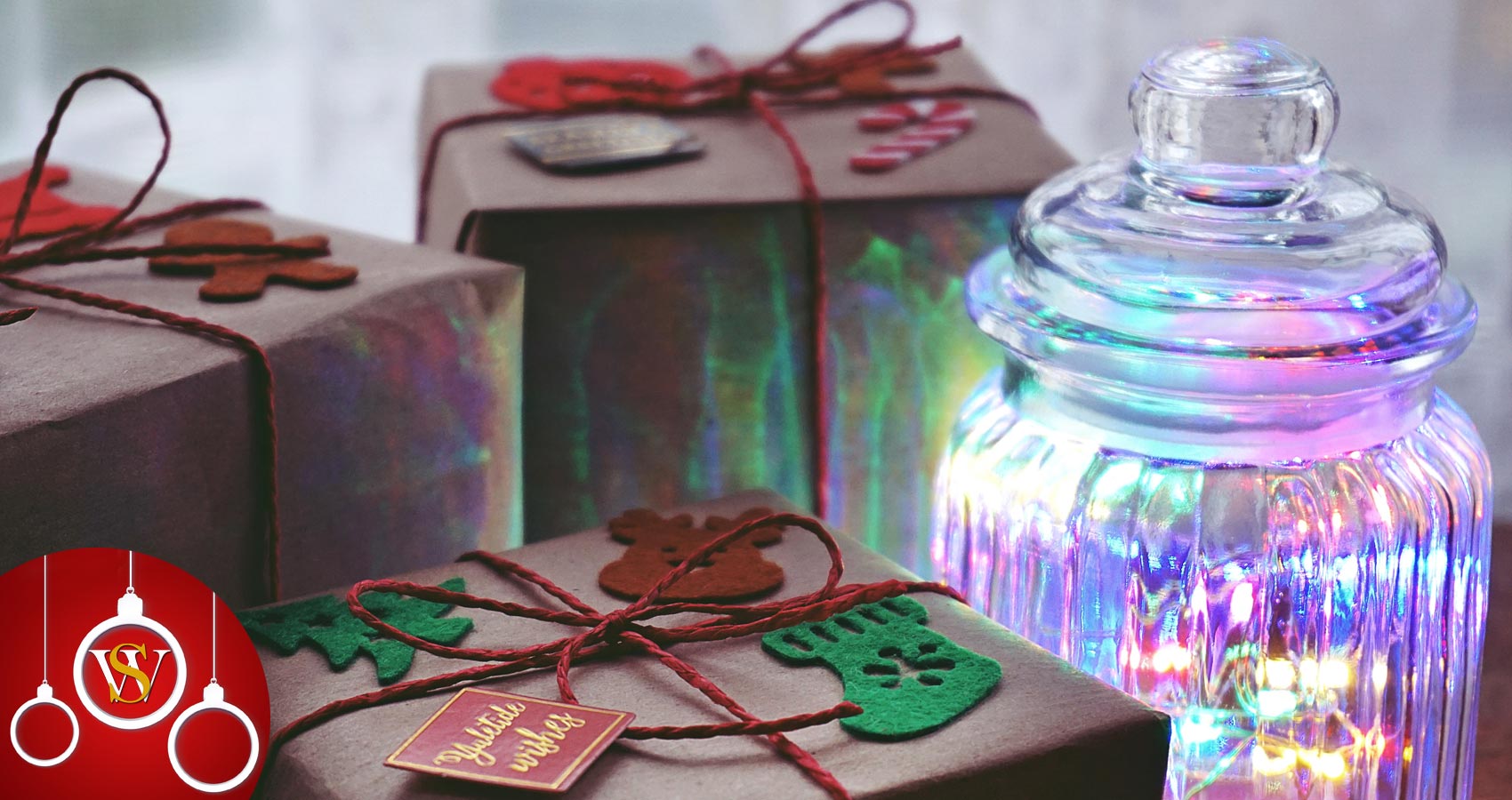 The Magic of Christmas

The Magic of Christmas

The excitement, which could be contained no longer, burst forth into nervous chatter, giggles, whoops of laughter, delight, and whispered entreaties of “Has he come yet?” fracturing the silence of the night as we proceeded to open the door to see if five brown papered wrapped parcels were on the bed. My four older sisters and I so looked forward to this moment each year; the moment of being allowed to check the front bedroom, to see if Santa had arrived. The front room, as we called it was just inside the front door and before you went further along the small hall to the kitchen/livingroom. We were always so eager to check but reluctant to do so also, knowing the disappointment of seeing a bed devoid of gifts was too unbearable an outcome.

Every Christmas Eve was magical. We always awoke on Christmas Eve morning to the sound of our Dad sweeping the footpaths around the house with the hard yard brush in anticipation of Santa’s eagerly awaited annual visit, and in respect to the great man, having the place as neat and clean as possible.

To me, the smell of fresh paint is synonymous with Christmas as we always got the urge to touch up the paintwork in the kitchen on Christmas Eve, of all days, spending the rest of the day trying to avoid hitting off it; always a tricky job, with the growing excitement.

We always put the crib up on Christmas Eve, never before then. The crib itself was fashioned and made by our Dad and the crib figurines were made by a neighbour using moulds and the local limestone clay. So they were very special and held in high regard. We handled them with great care, lest they fall and break, and woe betide us if they did! There was also a bag of straw, which survived from year to year. While we were busy arranging, and no doubt arguing, about the particular placement of each figurine in the crib our Dad would be out cutting down the Christmas tree. How we loved that fresh pine smell! It surely heralded Christmas. He always managed to procure some holly too, which adorned the top of the presses and some placed over the ubiquitous Sacred Heart picture and the framed photo of the Kennedys, which also had pride of place on the wall of our small kitchen in the house our Dad built himself.

After all the day’s work had been done, dinner over and the ware washed; the cows milked and fed; the bags of turf in the back kitchen to feed the Stanley No 9 range and the shoes polished for Christmas morning; all that was left was to anticipate the arrival time of our cousin. He always came to visit us on Christmas Eve. Curiously but how convenient that because we lived at the top of a hill Santa always came to us on Christmas Eve, before we went to bed!! Curious too that Santa never did arrive before our cousin did. It was always shortly after our cousin came that we would be allowed to check the front room. We always got a toy or ‘purty’ as they were known to us back then. Also within the confines of the brown paper bundle would be a pixie, which was a kind of balaclava, but multi-coloured and with the whole face section open; a kind of polo neck collar and cap combination, with a tassel on top. There were always lovely embroidered cotton handkerchiefs too. Last but not least – a book. These books fostered in us a life long love of reading and books. We were never allowed to write on books or to turn down the corners of the pages and to this day I observe those rules. My Dad was largely self taught and knew the value of and respect for books. (The tell-tale signs of someone self taught is their pronunciation of certain words, for example, my Dad always pronounced the T in mortgage.)

So here we were again, all five sisters tumbling over each other, almost breaking the door down in our uninhibited desire to get inside to see if Santa had arrived. He had! The magic was there, all over again. And so were the squeals of laughter and giggles of glee. Time means nothing to magic. MAGIC JUST IS! Eternally ‘present’! No matter that it was over fifty years since this ritual had last been observed. Now, due to some planning and co-operation from a secret Santa, us five sisters lived the magic of seeing five brown paper wrapped presents on the bed of one of the bedrooms we had block booked for a sisters’ reunion on the 57th anniversary of our mother’s passing. As the great Dr Seuss said “It is fun to have fun but you have to know how.” Well we certainly had fun. Indeed, it was magical!

I am Irish and have enjoyed living in different parts of Ireland and love meeting new people and listening to their life stories. I also enjoy reminiscing on my rural Irish childhood and writing about same, several such articles have been published in the Ireland's Own weekly magazine. I also love letter writing, to friends and have also been awarded Letter of the Week several times with the Sunday Independent.