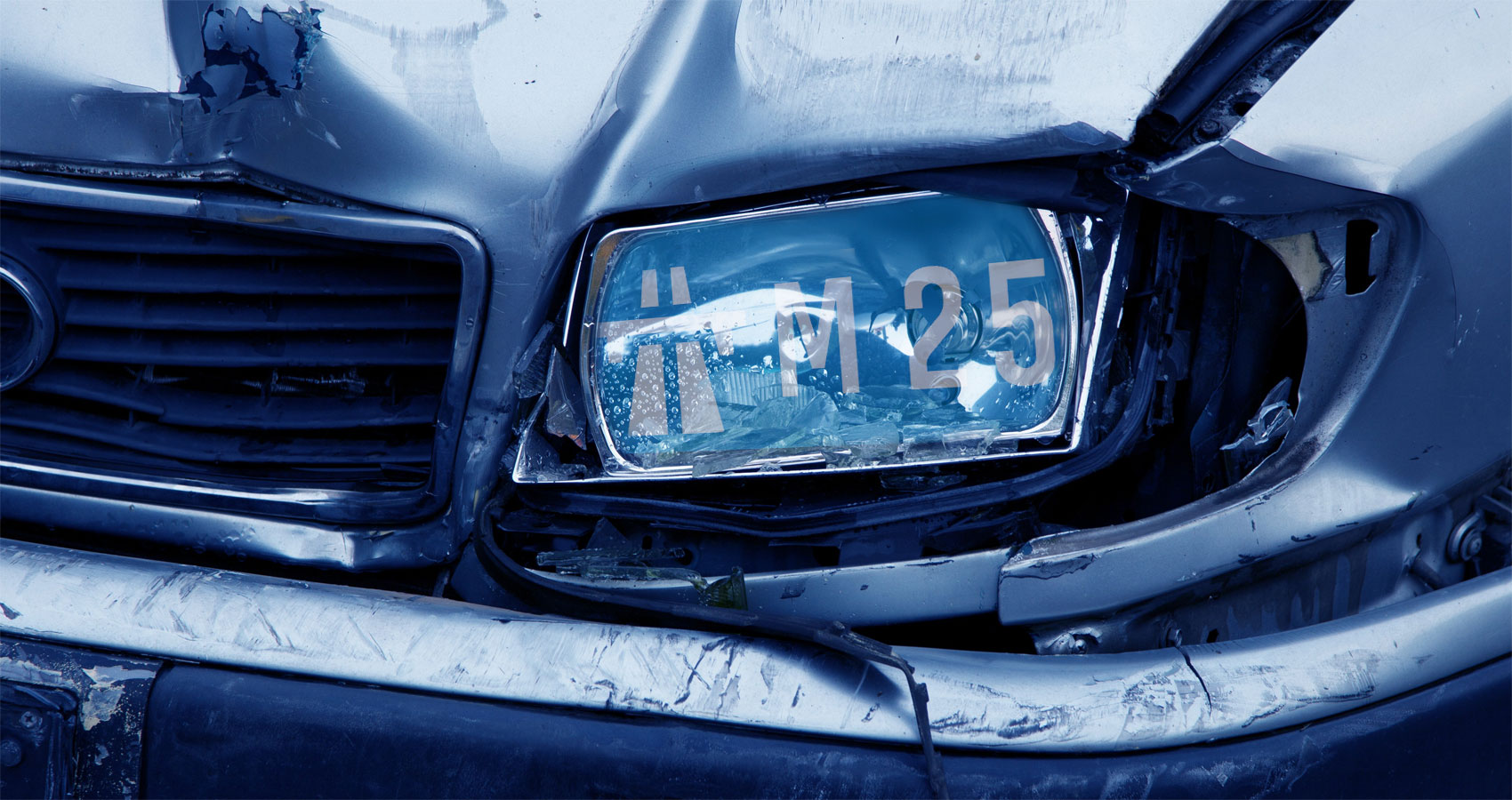 Ripples shivered on the surface of the coffee as Vaughn brought the cardboard cup to his lips.  He put the cup down and held his hands together to quell the tremble.
It had happened only ten minutes earlier, perhaps two miles up the road.
He knew about accidents of course, he saw the news, read the papers, even saw the modesty screens erected around the twisted wreckage, the disappointing climax to the jam.
Only this time he’d seen a statistic, looked him in the eyes.  Perhaps, Vaughn realised, he’d been the last thing the man had ever seen.  He’d had no notion, surely, that it would end thus, all those birthdays, kisses, drinks after work, promotions, Christmas turkeys, hands held, books read.
All to end mangled on the M25.  It wasn’t what any of us would hope for, he thought with a shiver.
He’d seen it happen, the slewing of the cars, the concussions, reactions, jumping steel, the expanding cloud of glass and plastic shattering free, had time to adjust his trajectory to slide through the gap in the carnage, whiskering through with inches to spare.
The other man’s car had just come to rest, his blood just begun to flow, bright like berries.  Vaughn wasn’t sure if the eyes which locked his for a spliced second were fixed or not.  There was no way he could have stopped, it would only have made things worse.
Everything went in the one direction.
Vaughn had never seen anything like it before.  He travelled this stretch a lot and now he knew he’d be looking for traces next time he went through, dents in the barriers, rubber on the asphalt.
He took another sip of coffee.  No one around him seemed to realise what had happened and if they did they didn’t care.  They smiled, laughed, drank their coffee, perhaps just happy it wasn’t them.  One never feels more alive than in the close proximity of death.
He wondered if the motorway teams cleaned up the blood stains.  They must do, he supposed.  He hoped they made a good job of this one, that next time everything would have been tidied away.  He might be able to forget about it then.