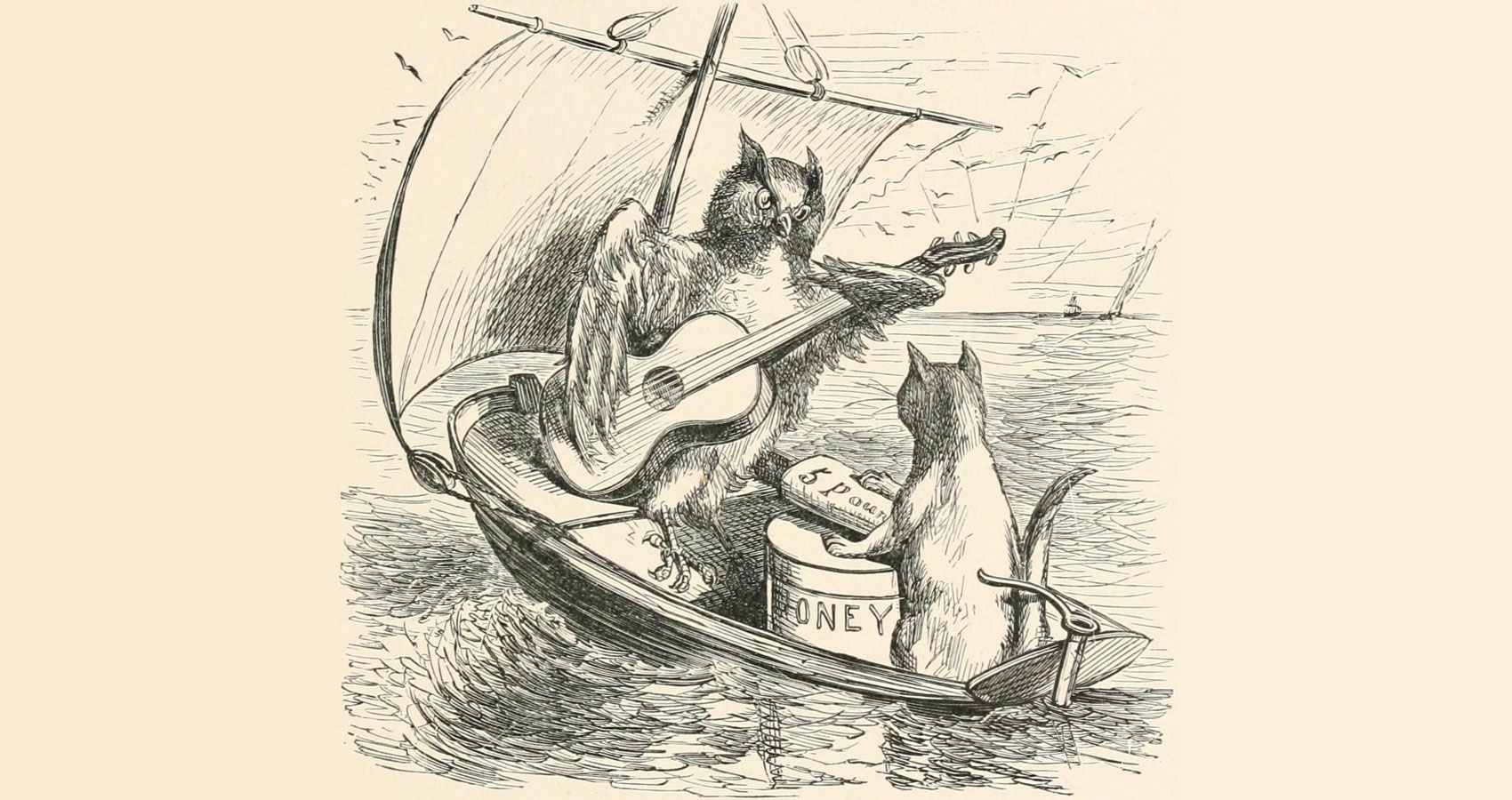 The Owl And The Pussy Cat

The Owl and The Pussy Cat

The owl and the pussy cat went to sea
In a beautiful, pea-green boat
They sailed past Dover
And were swiftly pulled over
By HM Customs afloat

Official said to the owl,
“You ill-tempered fowl
You sewer-mouthed so and so
We had no way of knowing
Which way you were going
I’m just doing my job, you know

And then he took them away
For half a year and a day
To a place that they called Heathrow
He said “Oh prisoners of mine,
This is your quarantine,
For the next six months,
This is your home.

The Owl and The Pussy Cat is a nonsense poem by Edward Lear and first published in 1871 as part of his book, ‘Nonsense Songs, Stories, Botany and Alphabets.’ With tongue firmly in cheek I’ve brought it into the 21st Century. For Non-UK readers, Heathrow is used to quarantine animals before being brought into the country and the M4 is the motorway that runs alongside it.