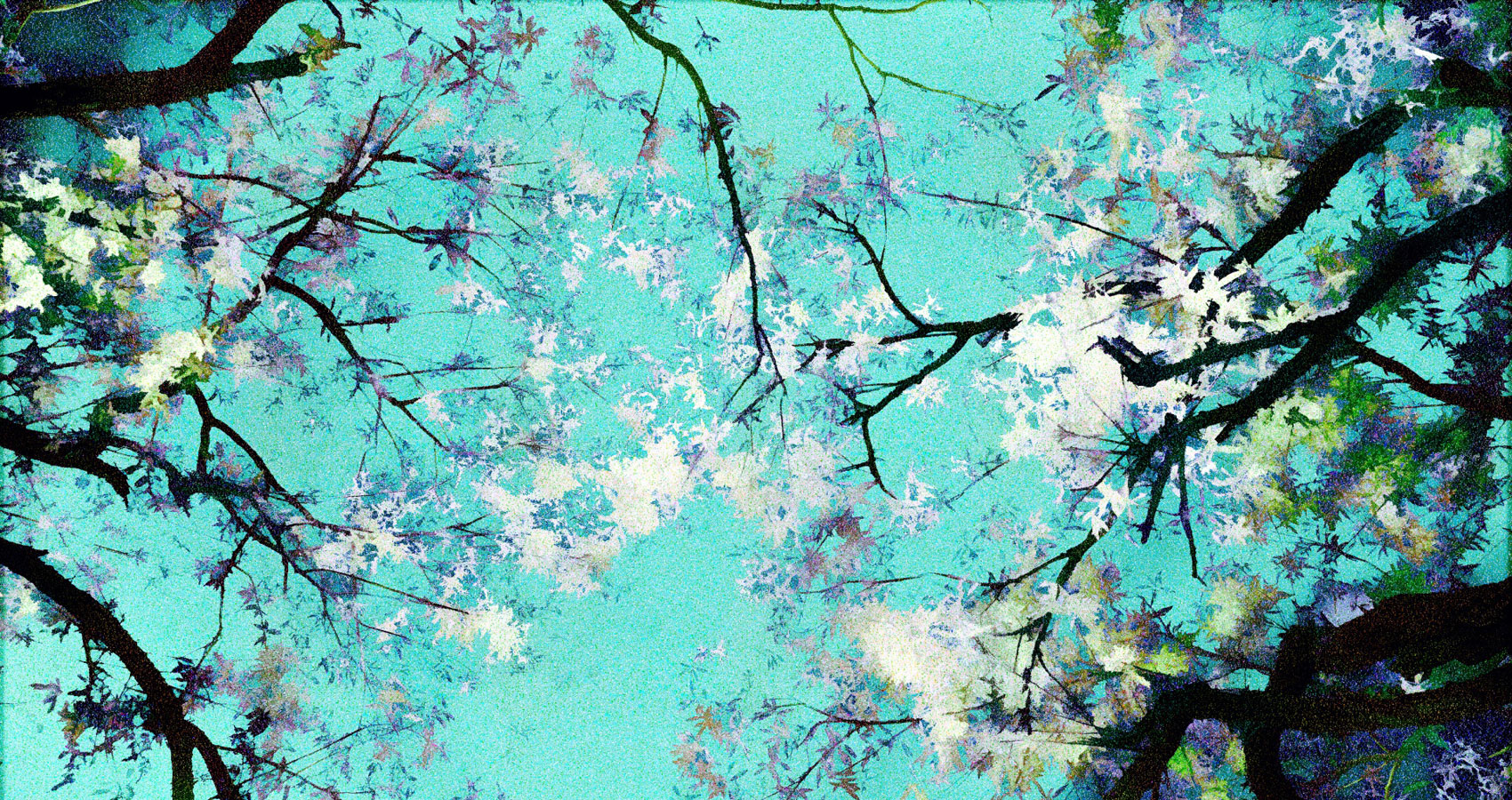 In the woods, one day, a tree was born.
It was a stranger, alone and forlorn, it did not belong there.
It was beautiful, people said, with thick branches.

The other trees rioted at once
with their hate, envy, and jealousy,
they did not let it, not even for a day,
to enjoy its life,
they tortured it to death.

Its simple soul felt no malice,
and with a new hope, it started again in Spring,
trying to blossom with grace.

But, day by day, as it grew,
became more and more bitter and cold,
and tossed its flowers,
and its trunk got parched in the cold,
not even one good soul, not even one truth!

And when it lost every hope,
a strange came unexpectedly,
a visitor in the woods,
and with his hands embraced the rough trunk,
and with great affection whispered
words of eternal friendship.

The tree rejoiced, the Spring finally came, it said,
in its high top, a blossom emerged,
it scented away in the distance,
of happiness and love.

It was the last hope and winter came back heavy.
The flower was taken away by the northern wind,
frost in its branches and the tree went parched.

Its trunk was crashed,
feeling sad it crumbled on the ground,
and this was, now, its last time.

Wounded, its soul whispered:
“Alone I lived and alone I die!
Such a pity! Because I have loved so much!...”

My name is Poli Miltou. This is my author's pseudonym, I chose it in memory of my parents whom I never met, and I think it characterizes me. I really love animals, flowers, birds and children. For this reason, I have also decided and obtained my degree from the University of Ioannina and I have been working for many years as a Teacher at Primary Schools of the State. I have the TOEIC in English and I speak Albanian. In Albania I became a Nun by Archbishop Anastasios and I served for many years as a teacher at IEK (Institute of Vocational Training) of the Archbishop, where I taught Greek Language and where, due to my studies in Literature, I also had the responsibility of criticizing and selecting literary books of the institute's Library. I also have taken painting lessons. In the past I even took part in a painting exhibition with other artists. Now, I live in Greece again and I work as a Teacher in public schools, while I also deal with writing and poetry. I have also published two books so far. A novel and a book with short stories from life. Αnd I hope I can continue as a writer.

At The Workshop written by: AK Drees   the instructor cautions to avoid verbs of being: we are not to be...