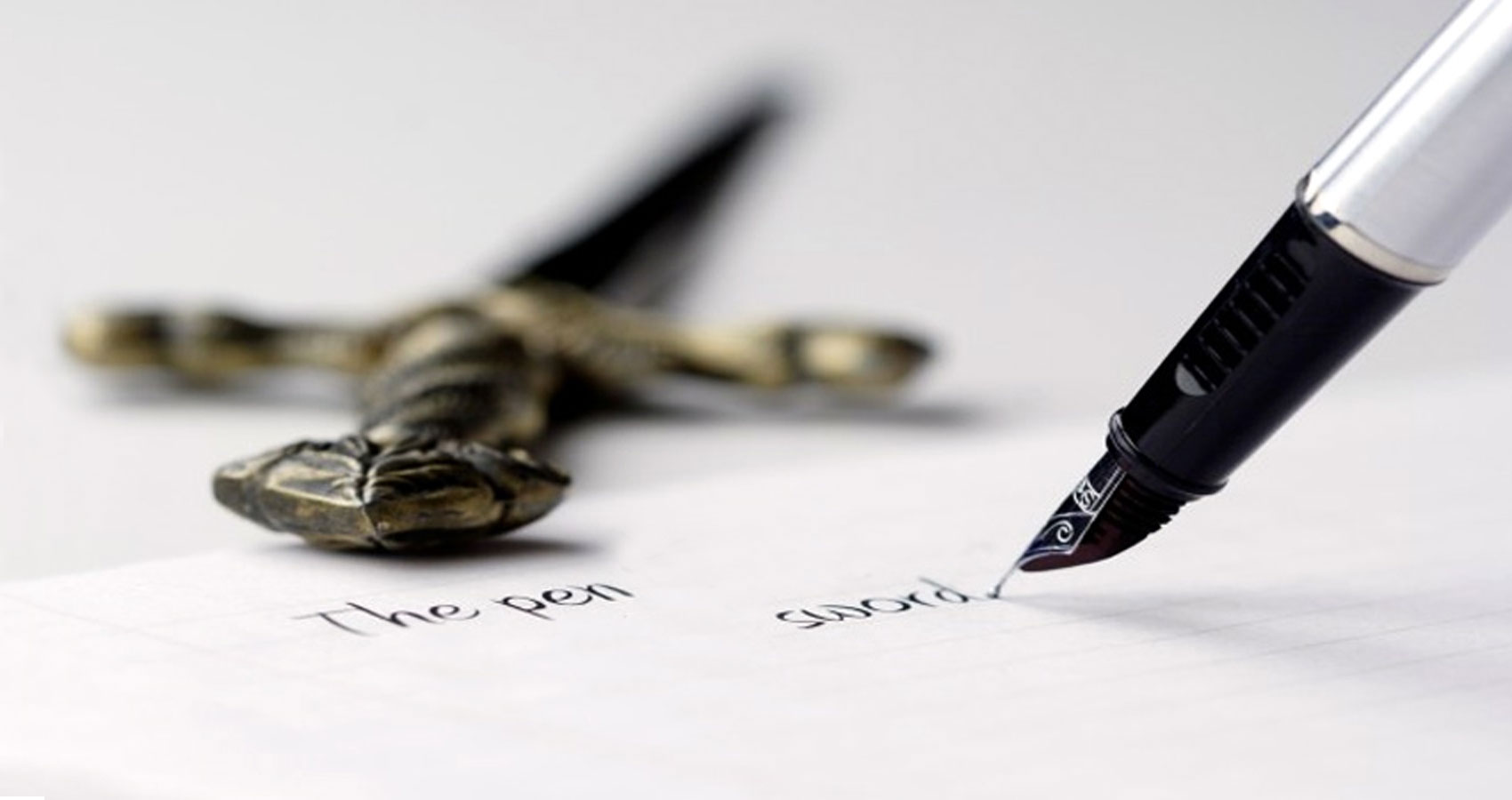 The Pen Or The Sword

The Pen or the Sword

The pen or the sword,
A choice of weapon I have to make,
Caught between a rock and a hard place,
For mine and my family’s sake,
In which case will I be able to save face,
To alleviate this mind drip, mundane break,
Paint the walls red, rip out the injection cord

The pen or the sword,
Disciplined, powerful, the right formation of ink,
Words organizing themselves like soldiers,
A graphite connection makes thoughts into parchment sink,
Five fingers of death, armchair admiral, office officers,
Lives signed away, souls smouldered out in an eye blink,
Write wishes, wash walls without working war

The pen or the sword,
Carve your destiny with continuous swings,
Family trees cut down branch from trunk,
A focused chop chop, murder sings,
Rearranging dynasties makes you power drunk,
Be cautious of what these tools may bring,
For your moves may be more than you can afford

I’m a 4th year Honours Psychology Student from York University writing about human nature & development, through the medium of essays, poems, and quotes.

Chase Away The Juncos

The Universality of Rain