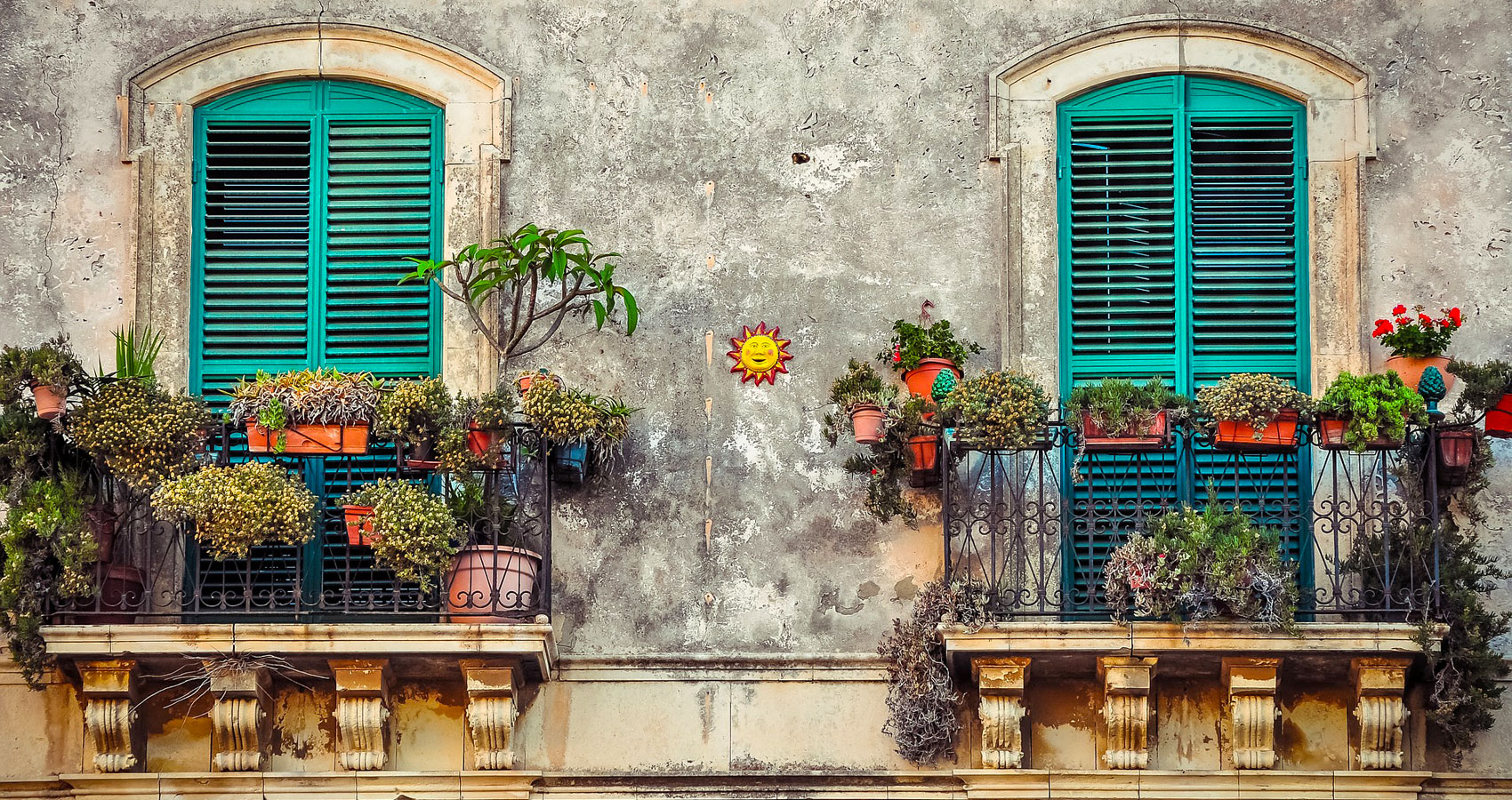 On the crossing of Victoria and Harriet Street stood a massive block of a grey apartment building. Up in the front of each flat, balconies jutted out like open matchboxes, creating a blind spot for the incoming traffic. It posed an undeniable threat to the traffic on the road. Notwithstanding, the building had much to offer in the way of charm.

It would have looked quite stark, had it not been for the indoor plants and furniture. Some balconies had synthetic black chairs placed around a white table of six. Others had two strong wooden benches to seat eight people abreast. Or maybe a couple more could squeeze in too. Commonly, all the flats had plants of many shapes and colours. Bunches of scarlet geraniums, white and yellow chrysanthemums hung over the balcony rails. Rows of vines and ferns trying to reach out to the sky. The beauty of the building was enhanced by such motley colours of each of these early blooms. The blind spot made the traffic slow down, that’s true, but they could not take their eyes off the balconies’ vibrant beauty either. Each driver that passed by had a peek through the windscreen, gazing at it at least once.

An artist spotted the building at the right time. She took up her brush and decided to paint it in nuanced detail. From a distance, this building looked surreal. On the canvas, she brushed a uniformly cold structure first. Then vastly varied human stories as they percolated within its walls. On a rainy day, when the clouds descended heavily, the building had an awfully dull perspective, which gave the building a grey, surreal look. Particularly, with an untrodden path running through it, vanishing midway out of vision. What little remained to see of the path was a few wet bamboo trees aligned on the edge of half a path, drooping tender shoots, and emerald green leaves. Either way, through rain and fall, cold and heat, the artist’s rendition made it pale or bright, as wild as mood swings. However, the structure remained solidly rooted to the ground.

When her painting was just halfway through, the artist sat down cleaning her brush. And then something struck her incognito. She put the brush away and picked up cans of paint one after another of pastel green, rhubarb red, “alentejo blue,” and lavender purple and splashed them vigorously on the canvas, nearly suffocating the building in a sea of callous colours. She panted as she did so. Sitting down afterward, she reflected upon this idiosyncratic behavior on the canvas. It was a complete devastation. She painted a child’s look of horror penetrating through the riotous colours. A mother holding the child’s hand and desperately trying to make a quick getaway in utter panic. The artist conjured up an image. She took up her brush and moved on to the next canvas. The hilltop of Harriet Street, where she stood, gave her a vantage point to look through the workings of the minds of the residents. Freakish thoughts of mad desires were being reshaped on the canvas. These appeared in the coloured waves of fuchsia pink, blood orange, and translucent lemon. As though she was painting the essential gases: nitrogen, hydrogen, oxygen and the silken aurora borealis in the full spectrum of celestial colours to represent human love, rage, and sorrow.

Her eyes opened up to each apartment in a unique way. Mothers cooking at the stove; girls watering potted plants on the balconies; lovers’ entwined bodies kissing at dawn break; readers engrossed in the pursuit of philosophy; couples arguing over silly things, causing domestic violence and eventual break-up; children going crazy at the computer games; musicians engaged in playing pianos at evensong. All events happening at once, every day, each on its own orbit as viewed through the windows of her mind. There was no dearth of colour as she indulged herself in colour upon colour. An inner reality of abstraction superimposed unhindered. And then the artist thought of the figurines on Parthenon of the great antiquity. Possibly, she could paint real people and bring them to life. And she did. She painted little figurines, residents of the apartments and brushed them with every stroke heavy with colours, infused life into them. They took their places now on the pantheon of life’s theatre. Within the cold marble of each insignificant apartment wall, human tales played out their own significant dramas. Stories of happiness and misery, one too many, each told earnestly in various ways.

The artist now heard them speak, cry in passionate outbursts as life’s veritable tales unfolded in casual conversations. “Why was she called that, ‘Mogli’s mother,’” a male figure, demanding to know why a certain person would be called so all through her life some four years ago on this very soil? Who was Mogli after all? Has anyone seen him that she should be called so? He addressed a crowd of people, whose cold muteness suggested that even they did not know, who Mogli was? Maybe Mogli was an illegitimate child of this mother, whose identity was to have remained a mystery forever so that no one would ever find him; yet, Mogli would be the one to have survived the test of time in a bizarre irony, even after four hundred years had passed. He would be remembered by a mother known only by that, ‘Mogli’s Mother’ nothing more. No one ever saw this boy. What was this mother’s story after all? Mother of an unwanted child. In a four- hundred-year-old figurine, the artist was drawing a dancer, performing a dance for the Lord of a clan on a moonlit night. With a flimsy cotton wrapped around her barely covered body, she was taken by the young Lord as his paramour. A baby boy was born over a period of time. She was now seen breastfeeding it. The next depiction was of the Lord’s men marching into her hut and snatching the baby away. The helpless mother cried out in pain; the seductive dancer of the young Lord was sent to exile. Here in the new land, she called herself, ‘Mogli’s Mother’. To this day, she was known as ‘Mogli’s Mother’.

What was the portrait all about? Tales, old and new, finding their way on this canvas of life, whispered into the artist’s ears; every man and every woman going about their daily chores, as always since the inception of human history. Old replaced by a new wave of life on this resolute earth. Within these walls of one own apartment, plants grew, by the minute, at every turn of the season. Balconies were seen in different shades of colours. From God’s eye-view, seen from an outer space, the artist painted everything including changes. In one of the balconies, a change had occurred indeed! Flowers from one of the pots had died; in the event of this, in the same soil, a resident decided to plant tomato seed to foster the growth of a different life, in a different moment.

Synopsis: A portrait of an artist’s thoughts while she paints a building. It’s not just the building she paints, but life as conceived in the abstraction of cosmic colours. A full spectrum of rainbow colours depicted to create life, and other forms of transformations.