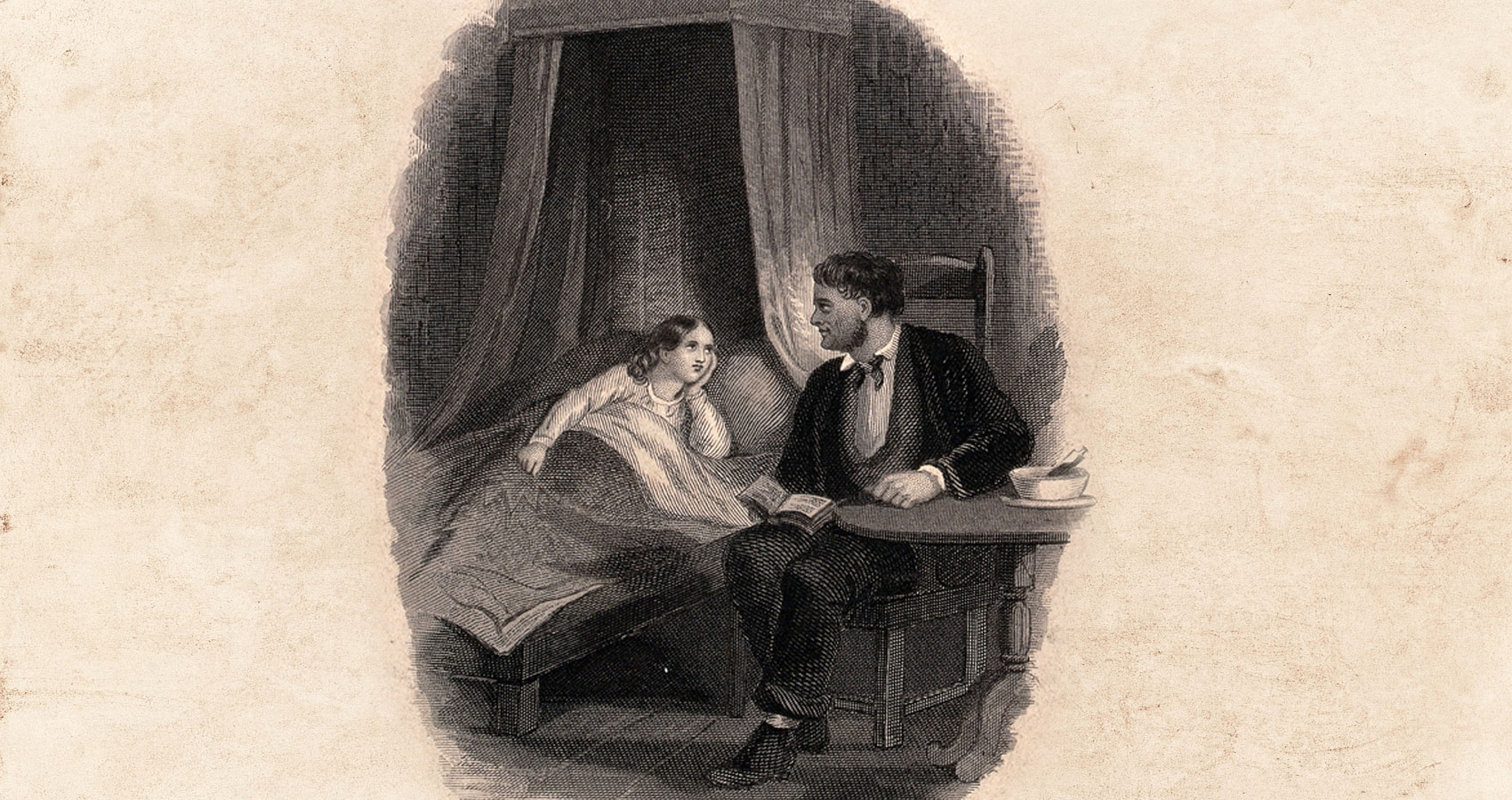 He would sit on his daughter’s bed,
Reading tales before she’d sleep,
About the frog that turned into a prince,
Or the fairy folk of Hazel Weep.
She would listen so attentively,
Even to those old ones she had heard before,
Then, as her little eyes slowly closed,
He’d slip quietly out the door.

Later he read in that little church,
When her mother passed away,
He chose the passages himself,
Reading them in his own exclusive way.
The Book of Psalms –with words of hope,
His voice strong, so all could hear.
‘Lord bring her to your holy mountain,
Send her light and your faithful care.’

Now she sits by her father’s bed,
Reading from his favourite books,
The poems of Yeats and Robert Frost,
“The Soldier,” by Rupert Brooks.
Over the years, the table’s turned –
As so often is the case
The listener becomes the reader,
Waiting for the other one to sleep.