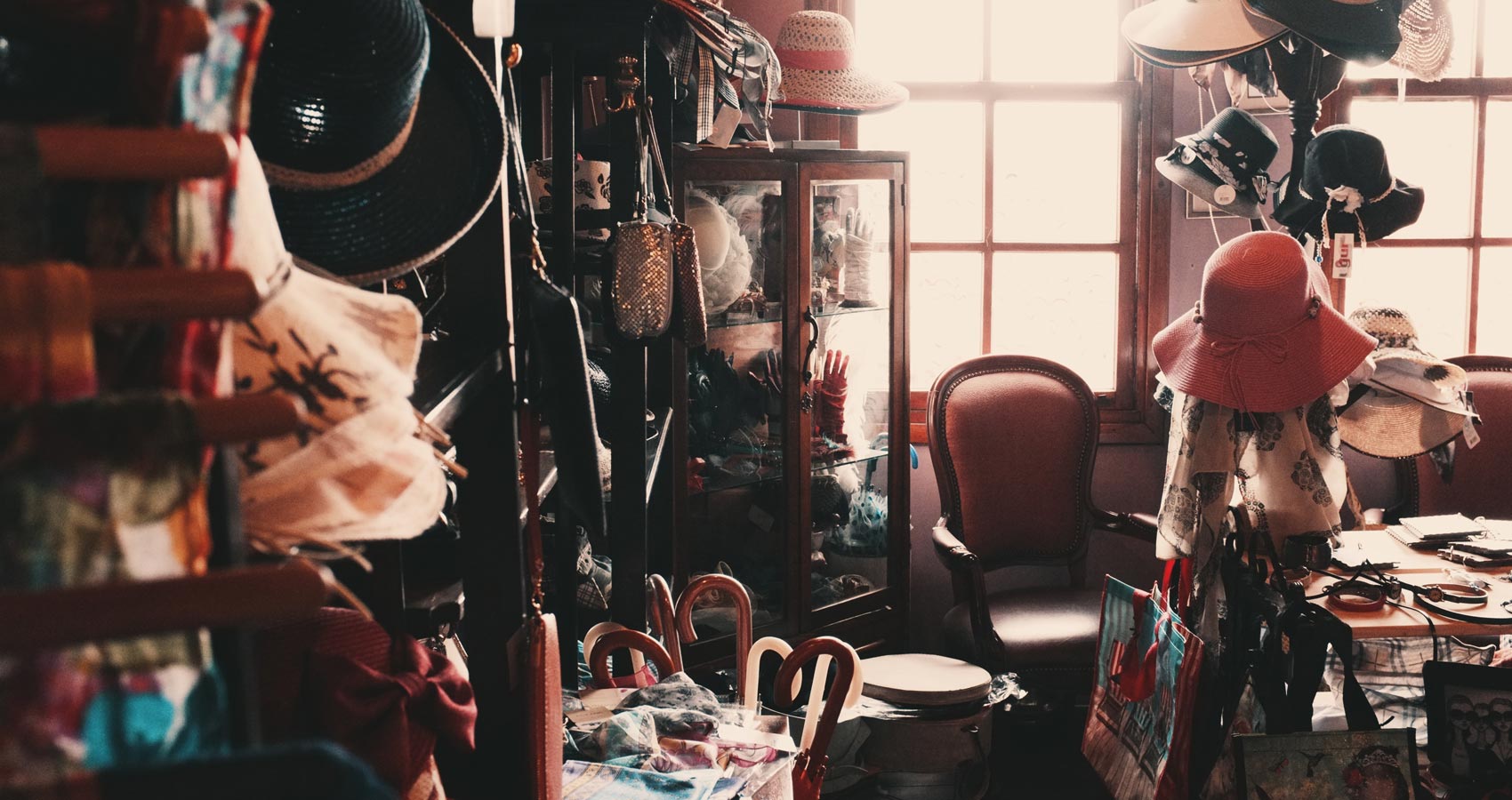 His eyes were deceiving.
Although he held up items to inspect them closely, it seems as though he has one lecherous eye on her. Renée just knew he was following her through the aisles. This is at least the third time he appeared within a cart’s length from her. She first noticed him hover when she bent down to look on the lower shelf in the housewares section. He was a middle-aged loser who had a round gut and a flat ass to go along with a Charles Bronson mustache that spread across his lip. She thought other than him being a disgusting perv, he was probably harmless. She tucked a dangling lock of her graying brown hair behind an ear, trying to mind her own business. She thought of herself as the most awesome deal finder in greater Detroit. The “Find For Keeps” thrift store was one of her main stops because of the decent product turnover. Today it’s more like “Fine For Creeps” with this guy here, but she had only entered the place 15 minutes ago and wasn’t about to be run out by Mr. Creepo. Thank goodness she had found a deal on an unused canister of pepper spray last week, should a bad situation arise. She thought it was probably still good despite it being past the use-by date. She moved her cart to the electronics section and was surprised to see a Cordless Personal Massager device, as it was advertised, that looked to be from the 1970s. She looked around as if she’d spot the employee that was naïve enough to not know what they put on the shelf. It was in an unassuming box with simple graphics of a smiling housewife in a frilly dress. She was disgusted wondering what weirdo would buy a used vibrator; however, the salesperson in her could envision flipping the thing on an Internet auction for twice its cost. Renée knew first hand that the shame threshold of anonymous online purchases was pretty low. She placed the item in her cart. She saw peripheral movement to her right and snuck a peek. It was that creep again. This time, he stood beside her inspecting an Easy Bake oven that he had a zero percent chance of buying. He had a hand in his grimy jean pocket playing with jingling coins, and probably something else. Two younger men approached to check out an old school turntable on the shelf below her. They chatted loudly and that appeared to shoo off the creep as he disappeared into the clothing racks. She wondered why people had the need to do what he does. They come to hang out looking to infringe upon her space when she wishes only to shop. So many times she’s come here and somebody wants to start an awkward conversation about things she has no interest in whatsoever. She remembered a couple of weeks back that some senior woman that reeked of an old-fashioned flowery perfume, chose to bend her ear about how high the prices had become at all the local resale shops. That woman just started talking to her for no reason; Renée surely didn’t make eye contact with her, but nodded along anyway trying not to seem rude. That encounter about ruined her day, so she resolved not to accommodate such interactions by excusing herself when someone gets that itch to narrate their life story. It’s bad enough that she can’t get used to that funky odor that permeates these places. The thousands of clothes, dishes, and stuffed toys from undoubtedly filthy homes were enough to make her vomit if she over thought the situation. Luckily, clean persons like herself dump their undesirable junk there as well. She knew her spare bedroom was cluttered from all the things she resells, but none the less, her home is very cleanly kept. Her son did tell her this past week that the ‘thrift’ smell was wafting throughout the house. She didn’t smell it, but thought better about leaving that bedroom door open.