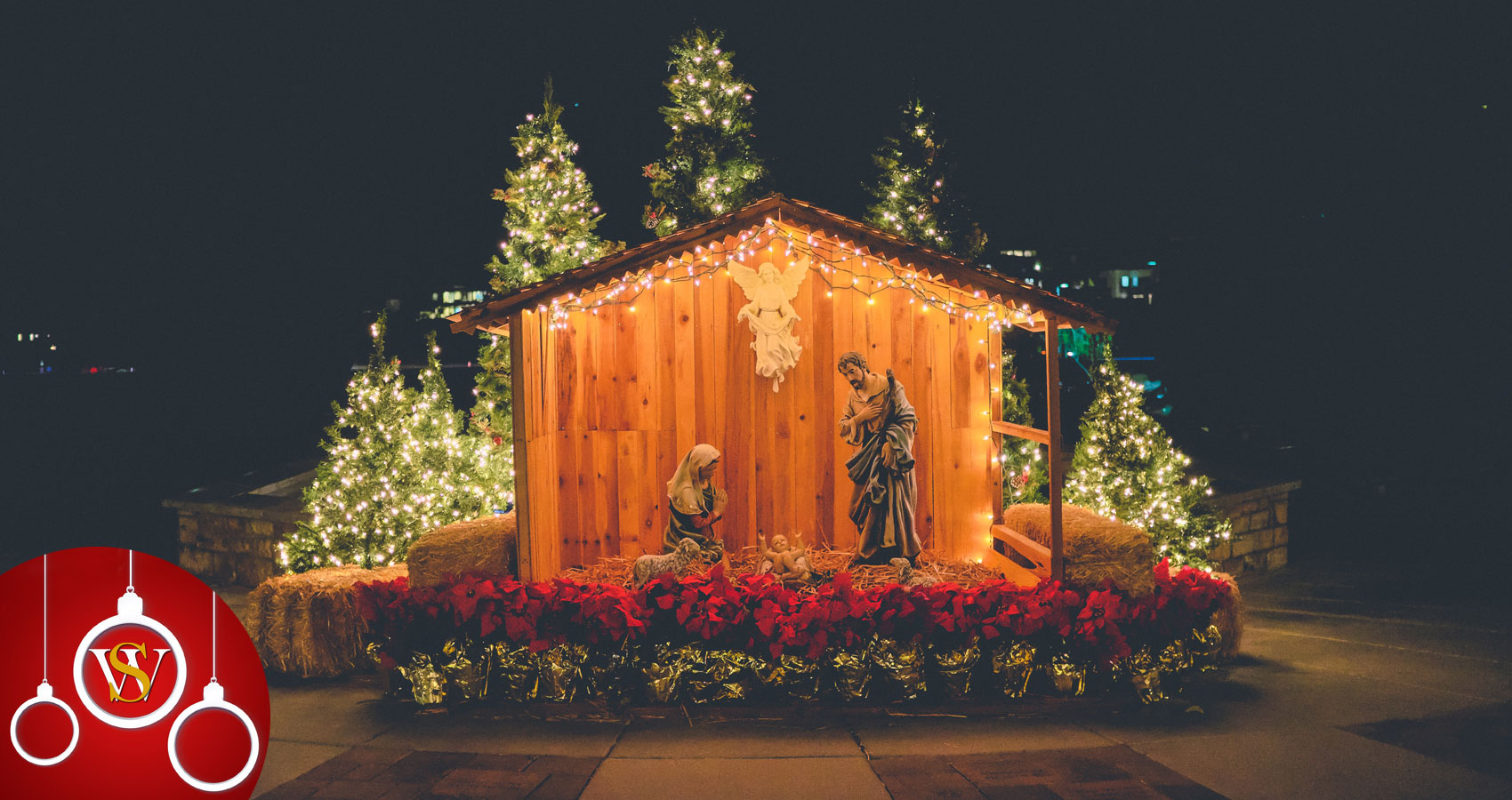 The Spirit of Giving

The Spirit of Giving

The manger scene in front of the First Methodist Church was a beautiful sight. Life-sized statues and animals under a manger built by the church congregation. You had an actual front row seat to the reliving of Christ’s birth. It was one of Walter’s favorite Christmas haunts. He walked by it every day on his way to school and would stop and view the creche.
A few days before Christmas, his father and mother were talking about the missing statue of the baby Jesus. Someone had stolen it the day before from in front of the church. There was a reward of one hundred dollars for the return of the missing child.
Walter was determined to find that baby. Someone had donated a doll to put in the empty bed, but that wasn’t the same. He needed to find that baby and get him back out in front of the Methodist Church as soon as possible. The school was out for the holiday break. Walter spent all his time looking for baby Jesus in dumpsters, behind sheds, out in fields. He knew that whoever took the statue would have tried to ditch it because it was such a hot commodity now that television stations were carrying the news of the theft and the poor excuse of a substitute.
Walter was ending his daily search as he was walking past the cemetery when he spied a lump on a grave in a gunny sack. Curious, he hopped the fence and found the baby Jesus was in the sack. He took it back to the church. They were so grateful to have the statue back. Baby Jesus was restored to his rightful place. Several church members took shifts to make sure He remained there in the manger. The Methodist Church gave Walter a crisp one-hundred-dollar bill, and Walter was shown on television as a local hero, receiving the money. It felt good to be the person who found the statue and returned it.
The money was burning a hole in his pocket. Walter thought of all the things he could buy with that money. His parents said he could do whatever he wanted to with his hundred dollars. Walter walked the downtown area, looking for a prize for himself. He came close to spending the money a couple of times, but some small voice inside of him told him not to spend the money on that toy. And somehow, he was able to walk away from spending that money.
On Sunday, Walter was in church with his parents. They prayed for the Ventnor family who’d lost their house in a fire. All their presents and clothes were gone. The took up a collection.
Suddenly Walter knew why he was supposed to keep that hundred-dollar bill. Susan Ventnor was the same age as he was. She was in his fifth-grade class. She’d lost her house in a fire before Christmas. Walter pulled out his wallet, taking the hundred dollar bill, put it in the offering plate. His mother put her hand on his, with a look asking him if he was sure of what he was about to do? He was. The people behind him seeing his generosity gave even more. Over five thousand dollars was collected to help the Ventnor family.
Walter felt good about helping the Ventnor’s. He would never forget that Christmas. He would always remember that year being one of the most special Christmases he’d ever had. That year Walter learned that the spirit of giving was more joyous than the spirit of receiving.

NOVEMBER 2019 AUTHOR OF THE MONTH at Spillwords.com
Dawn DeBraal lives in rural Wisconsin with her husband, Red, two dogs, and a cat. She has discovered her love of telling a good story can be written.