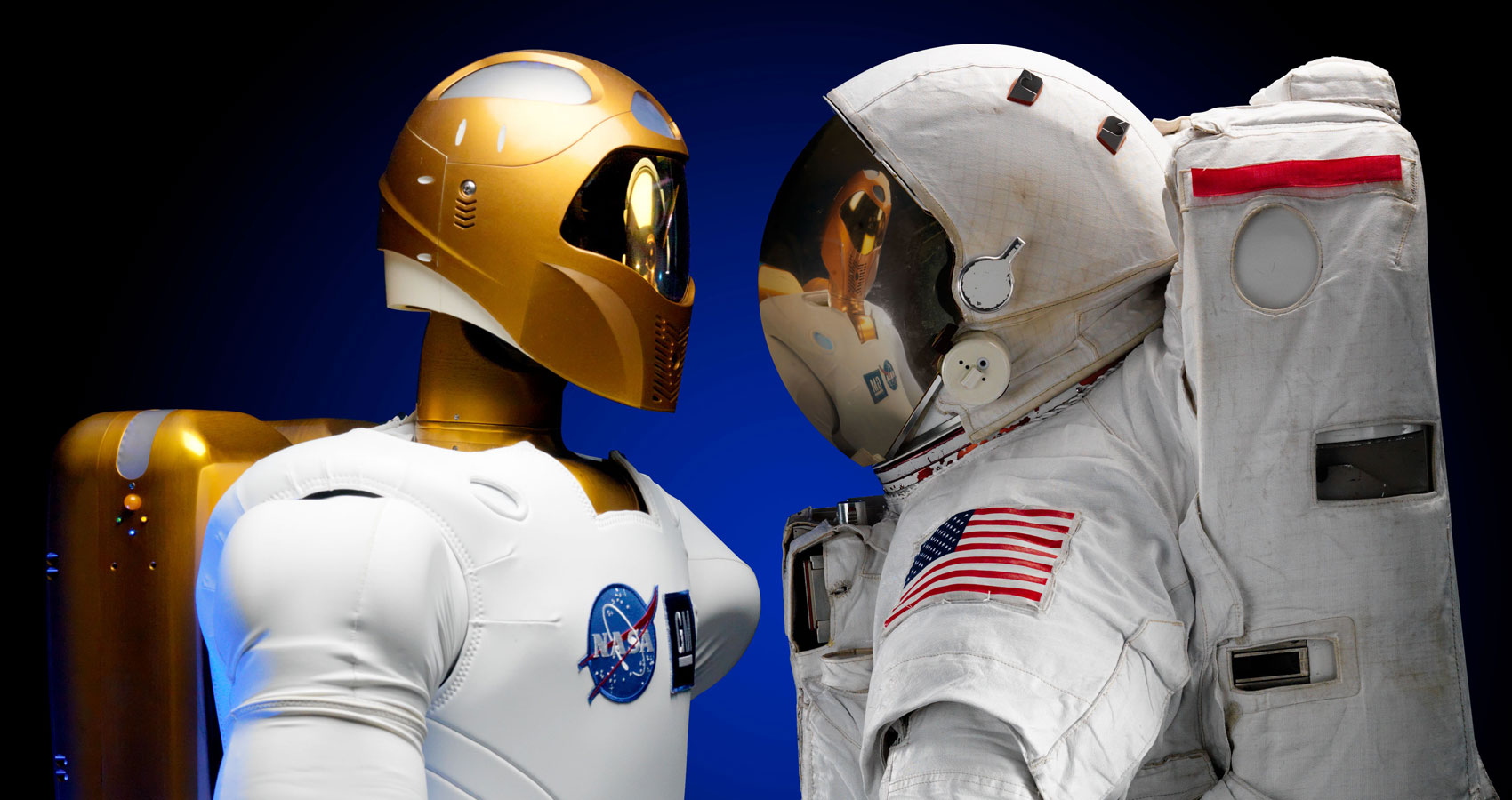 I went to what we believed was a super human settlement on the Moon.

They scanned my mind upon my arrival but I passed through human customs which was controlled by humans.

Every action here was like a puzzle to be solved. And everything happened with blinding speed. I used my translator machine to slow down the dialog so I could comprehend the gist of it. It was like Impressionism.

But my language translator machine said these people wanted to move even faster. They often passed at great speed and usually I didn’t even see a flash as they went by me.

They assigned me a tour guide who was half human/ half superhuman. Her name was Marcia 99-X.

She had a device by which you could photograph a millionth of a millisecond to see the slowest images.

The tour guide was sexy so I loved her. The sex was mind blowing and afterwards I was in shock with my whole body tingling. I felt I’d been hit by an air truck.

She said, “The baby will be ready tomorrow and you can take a look but the baby is destined to be an intermediate between humans and superhumans.”

And then I tried super human food. It was spicy and a taste sensation. I figured the super people would have increased sensitivity to food and really enjoy it.

And I was interested in super human clothes. They were mostly clothed in different colors of light with a symbol on their chest. I asked the tour guide, “about the symbols” and she said the symbols are unique to the individual. I said, “I wanted such clothing,” but the tour guide said, “It wasn’t permitted.” And she said she herself just wore human 22nd century clothing.”

So, I spent the next day taking still frames of these amazing people. Frozen images revealed people that were extremely good looking by human standards, but some were definitely not looking human and some were even an abstract piece of art.

My tour guide/lover said, “There was no culture or instincts amongst the super humans except for imagination and kindness.”

I photographed the Moon city. In the photograph, it looked like a giant spectre of thin, beautiful tall towers. My tour guide, Marcia 99-X, told me, “The whole city was a hologram on Virtual Reality and most super humans were tired off it and went to space. In space, there were many parallel worlds. And the super people who remained were mostly partying with super drugs, breeding, arts and business and doing science.” I said, “The spectral city looks like a wondrous dream!” Marcia 99-X said, “Super humans all lived in a conscious dream. And the city kept changing every second.”

And I asked Marcia-99X, “what about the super computers on Earth? Are they safe?” I asked. She said, “The super humans didn’t want any competition from artificial intelligence so they designed the super computers to be loyal and enjoy pleasing humans and to help them find meaning.”

But she said, “All super humans used MRT (mind reading technology) to make sure no super human or human developed any kind of weapons. The super humans had supercomputers follow everyone all the time. But it brought peace to Earth and space said my tour guide.” And she said, “There are 12.09 billion super humans and 11.6 billion humans. The vast majority of the humans were on Earth, and almost all of the superhumans were in space/virtual reality. However, there were a few places where super humans and humans lived in the same place. But mostly these were parallel realities.”

And Marcia 99-X, said, “The super humans in parallel Earth histories had changed events to change parallel futures. Such as the Greek, Hero of Alexandria who invented steam power at the peak of Roman times. But his invention was not adopted. Had it been used evolution of industrial technology would have happened almost 2000 years earlier.”

Or the Cold War continued into the 22nd century and Moon colonies and Star Wars happened in the early 21st century. And a third world war happened as a result.

Or people were educated to be kind and imaginative and so there were no World Wars.

I asked Marcia 99-X, “What history meant to the super humans?”

And my translator machine helped me to get a fix on certain sounds such as enchanting music with four lead guitars. Very complicated and somewhat unfathomable.

I said to her, “Let me try a cyborg helm.” This helped me to see more of Moon city. I felt very clear headed. I said, “As a cyborg I could teach humans about super humans.”

“Changelings,” I nicknamed these super humans. As they seemed to change their color, shape and intelligence.

I asked about “Human settlement on the Moon?” Marcia 99-X said, “They had already built a human quarter in the city but it wasn’t settled yet.” She said, “I could recruit new human settlers if I so desired.” I said, “Sure but many will no doubt feel they are in the zoo.”

And I asked Marcia 99-X, “How they dealt with human and superhuman criminals?” She said, “The secret police freeze them in space and then probe their minds if they are a suspect. They zoom in on them using DNA mind reading technology.”

And she said, “These super humans are strong as 25 humans each. And most are complete Renaissance men and then some,” she said.

And Marcia 99-X, asked, “If I would like implants to make me stronger in every way.” “I don’t want to be an android,” I said.

And as we moved through the city I saw some beautiful space cars at rest and apparently getting ready to go to space, but according to my tour guide, “Most super humans used teleporting even for long distances. The space cars mostly looked like fiery wheels with moving pictures to decorate them.”

I said to her, “I wanted a superhuman face.” She said, “I can help you draw one, but beware you might confuse your human brethren.”

And I asked her, “What about taking a human ship into space? It is your space to discover said the tour guide.

But she said, “We would probably only be allowed slow space ships so a journey would probably take 35 years so only the keenest would go. We want humans to stay in the solar system.”

I contacted a news service back on Earth and asked them, To poll the people and see who wants to go to space, “slowly.”’

It turned out 2% were willing to go on a space ship for a long voyage. I said, “We certainly live in the Space Age.”

I asked my tour guide about “aliens?” She said, “A number of aliens had been found so far, including some who were humanoid or more advanced.”

And I practised communicating with the superhumans using their frequency with very fast messages sped up by my translator. On the whole, they were very friendly and many asked me, “How I liked human evolution so far?”

And I knew that we humans traded radioactive metals that powered teleportation in exchange for more supercomputers with the super humans. Amongst themselves the super ones traded whole worlds. It was rumored, my tour guide said, “That Earth was now owned by a single super human.”

And super humans got from humans: cheap sex, human DNA, old-fashioned genetic therapy and some half-human kids. And some times they pined for the old days or wanted clever human servants to serve them while on vacation.

And they had a super stock market for super humans only.

And I had a number of ultra stimulating waking dreams and had a very light head from the kaleidoscope of colors and shapes and ideas. It seemed the super humans had merged unconscious thought and conscious thought. Life was but a dream.

And some of the super humans gave me gifts such as art objects that could sing and put on short movies. Of course, I needed my translator machine to grasp the nature of the art. I didn’t want to go back to Earth. I told Marcia 99-X, “I wanted my mind to be  enhanced.” And so, it was. She said, “I could start as a tour guide and work my way up. I had nothing to lose. And I could keep my memories.”

It was a good melding and I felt very comfortable in my new brain. I could now understand the gist of the dialog of super humans and Marcia 99-X was now my friend and confidante. We were equals.

But then I visited Earth and set myself up as a God and they built temples in my honor. Most super humans didn’t bother much with humans except to trade, have cheap sex etc. A number of my devotees wanted to be super human as well.

I now had six children with Marcia 99-X so far. It was the year 2131 A.D. She told me, “Our children were doing fabulously well. Especially the five we had after I had enhanced my brain.” I hadn’t met them, which was a shame.

Most super humans were getting ready on the Moon for deep space. They wanted to be a complete super genius in science, business and the Arts.

The super humans were using psionic abilities to mine and build in space.

And they formed “Scientific friendships,” to teleport together to a far-out destination.

Marcia 99-X said she was “gradually improving her brain.”

I asked her, “Are super humans happy?”

She replied, “Not all. Some want to be still cleverer. And some were bankrupt having gambled their money on new worlds and lost.”

But I said, “Humans are content. No more wars, plenty of food and drugs, free travel and everyone owned a home.”

I said, “Science fiction did not predict a peaceful universe, but MRT and super computers had made it possible. And super humans were intelligent, imaginative and kind to one another.”

And she was telling me, “Some super humans have gone to the edge of the universe it has been rumored. It was said that it was mostly blackness with a few lights that seemed to be other universes. Apparently, they’d sent millions of probes to other universes to seek out alien life or nice planets to live in.”

And she said, “They had tried to teleport but the distance was too great and so they used probes.”

So far, they’d found a number of “energy balls” but little else. “We needed to wait another year,” She said.