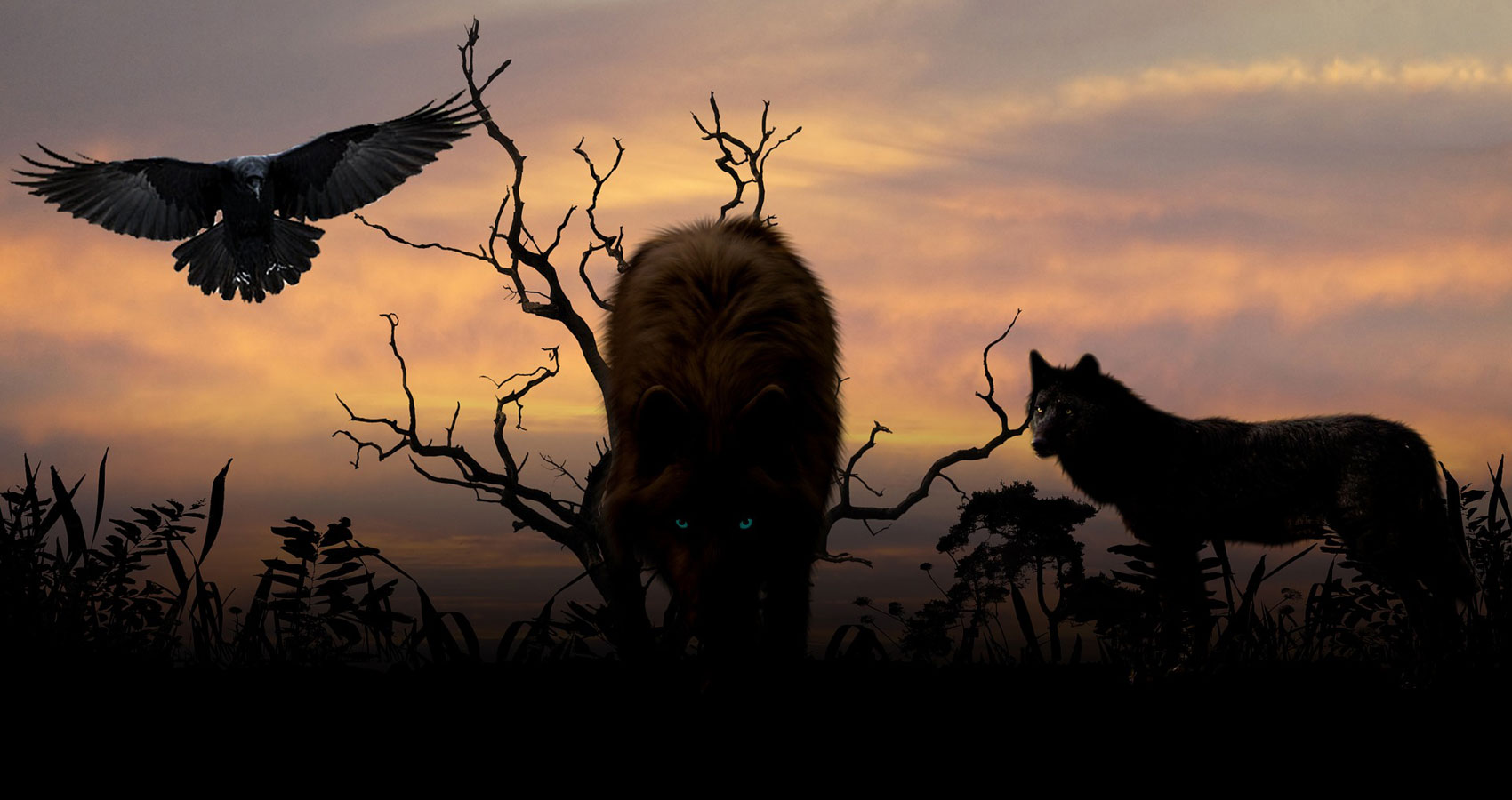 The last piece of the sagebrush
Was burning to its core
The flames that danced as quicksilver
Now, they danced no more
The fire, once was blazing
Its flames a dangerous height
Was now a nest of coal chunks
to warm us through the night

Four days out and three to go
We’d be in two days ahead
The scheduled trip with this year’s herd
And we’d be back in our own bed
A smaller group of beef this time
But, that’s the way it goes
At least we’d leave the mountains
Before the early snows

Coffee from the morning meal
Was still sitting in the pot
Two minutes in the embers
And it was steaming hot
The first round of watch was up
And the coffee was re done
The second watch, for wolves and things
Needed coffee and a gun

Two went down the first night out
We heard the wolves, but missed them all
They’d been following us for three days now
And at night you’d hear them call
They signalled that the day was done
And that the herd was staying still
The darkness was their element
It was time for them to kill

The fire spit and crackled
The night was damp and cold
The stars were silent beacons
To the wolves so quick and bold
We heard them in the distance
Howling loud as if to say
Will you make it through till morning?
Wait until we come to play…..