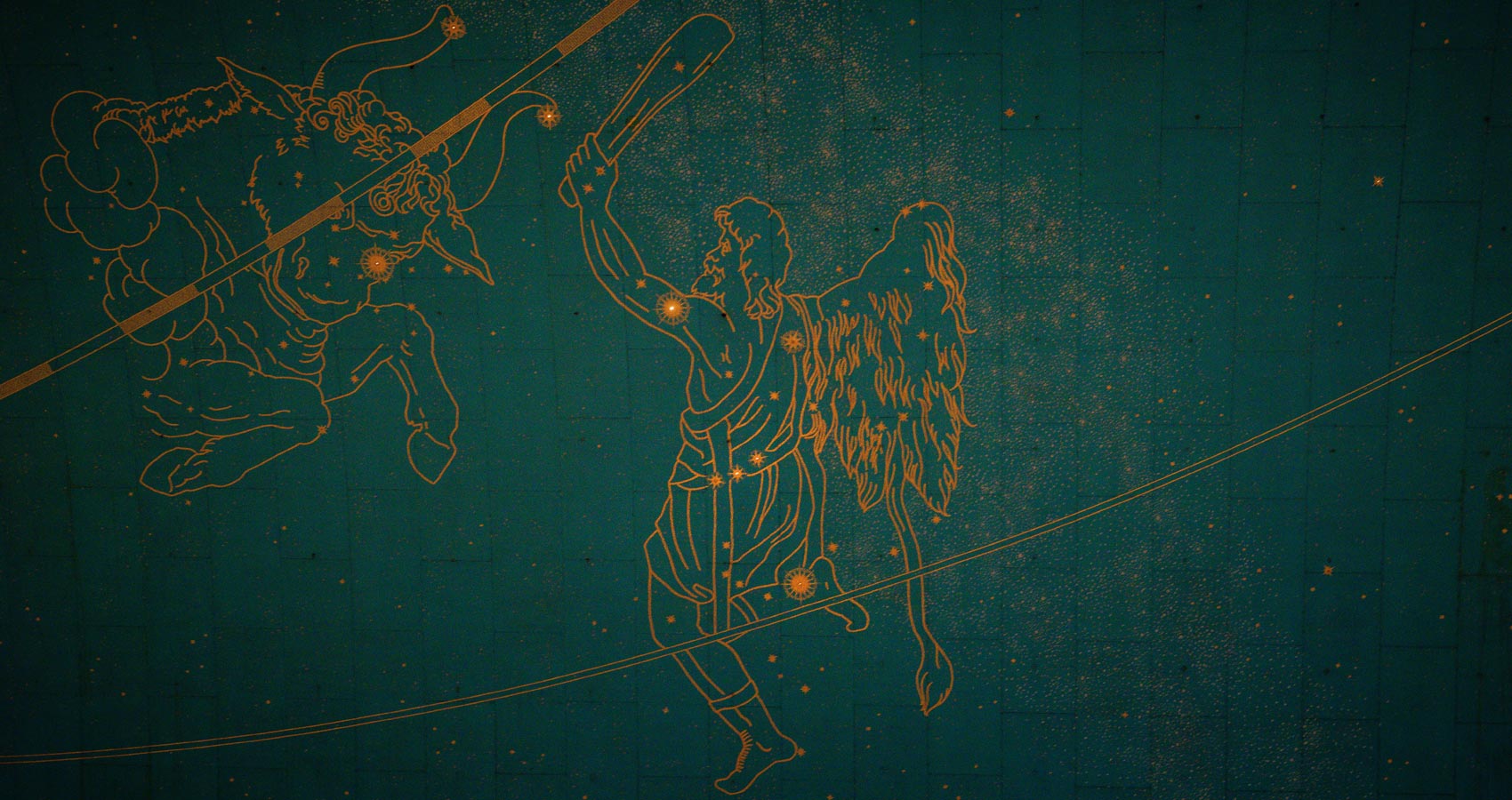 Marking the days by the moon’s phases, Mintaka, Alnilam, and Alnitak, the three most beautiful young women, most were they desired by the young men of the village. Although the triplet sisters were only slightly different—darkest hair was Mintaka’s, greenest eyes were Alnilam’s, and sweetest smile belonged to Alnitak— the girls did not like any of their suiters. The young men’s rival was the god, Orion.

When it came to the village men, the girls laughed together over the different suitors. But Orion was someone they all wanted. The trio decided to wait patiently for the moment when from the night sky, Orion would see them and vowed to accept that the sister who received the accepting flash from his eyes would follow the path laid down by the full moon’s light to run into his arms. The chosen one would become a princess of the heavens, rolling through the sky forever with the handsome Orion and her sisters would wave at her as she passed by, taking as husbands village men.

That’s what they said aloud to each other. However, in their hearts, each sister was saying, “He will want only me. I will leap onto the moonbeam path ahead of my sisters so he will not see them. Orion will be mine and mine alone.” Each prepared herself to push her other two sisters back down the moonlight path as she ascended to Orion’s embrace. On the evening when Orion was to appear, each sister dressed carefully and with only the light of a small lantern walked out to the village oasis where moonlight would be magnified. And they waited.

Orion looked down on the oasis. He had heard three beautiful young women lived in that village. He had even heard that one wanted to join him in the sky. He looked down again and was pleased to see the beautiful sisters reflected in the water. He paused in his celestial journey for a moment so one of them could ascend on the moonbeam into his waiting arms.

But to his amazement, all three girls jumped on the moonbeam and began pushing and fighting with each other. Orion was horrified. “Go away! You are beautiful but true beauty is seen in actions, not just in a pretty face! Sisters who fight so with each other are not for me.” He began to float away in the heavens.

Mintaka shouted, “He is running from us, sisters!”

The three suddenly forgot their rivalry, ran as quickly as they could, and as Orion ran, they leapt at him, catching him by the waist.

“Take us with you,” they cried.

Orion looked down at the three women clinging to his waist. Not candidates for marriage, too volatile, but if he shook them off they would fall to the earth and be destroyed. “So lovely, and so devoted to me,” Orion sighed and then called upon Zeus, to allow the sisters to become stars as Artemis had done for him. And so they did, twinkling forever, in the sky in the belt of what we call the constellation, Orion.

If you wonder who might have been chosen had the three not fought, perhaps this is a clue: from west to east they are lined up, Mintaka, Alnilam, and Alnitak. According to Jim Kahler, the names of the outer two both mean “belt” in Arabic, while Alnilam comes from an Arabic word that means “string of pearls”. Of course, when I look up at them, I think: If they had not fought at all over a man, they might have become mother stars and constellations in their own right.