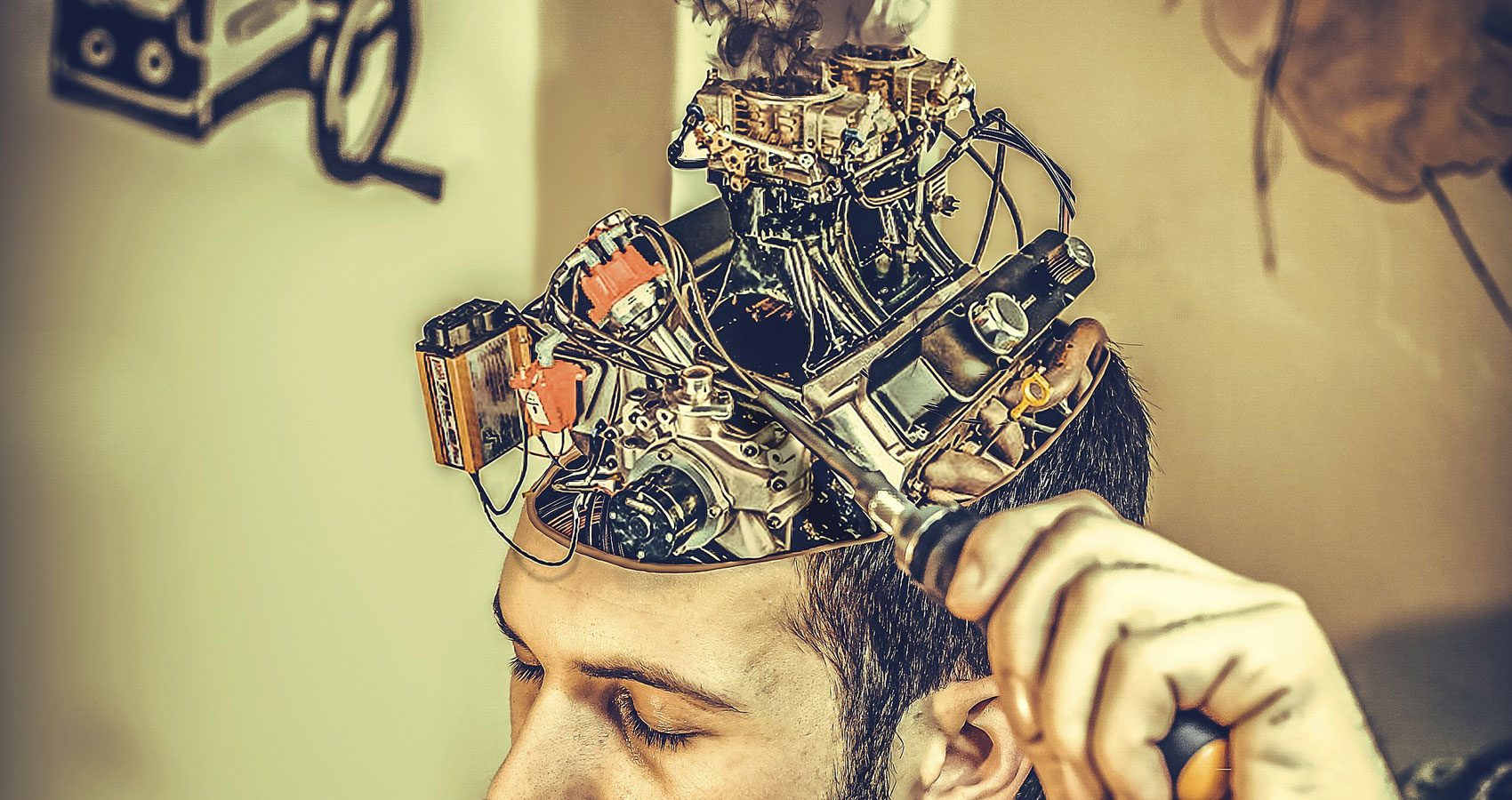 Tinkering
The tinkering in my head is off
A gear must be stripped
It is spinning endlessly on one thought
Something happened one day, years ago,
My brain stopped working properly
I almost died, the doctor said
Part of me did,
The gears stopped moving smoothly
Thoughts got stuck on a carousel
Round and round.
Some days I washed my hands endlessly
Like Lady Macbeth
Other days, I could repeat the same word,
Over and over like an old LP,
Skipping
Skip
Skipped
Blueberry
My puppy chased his tail,
I chased my thoughts
I lived in a cave behind my eyes
For months on end,
Sometimes, the gears tinkered in unison
But on my most days
They buzzed and clanked
And I retreated back to my cave
Where a small fire was lit
And I could see the shadow